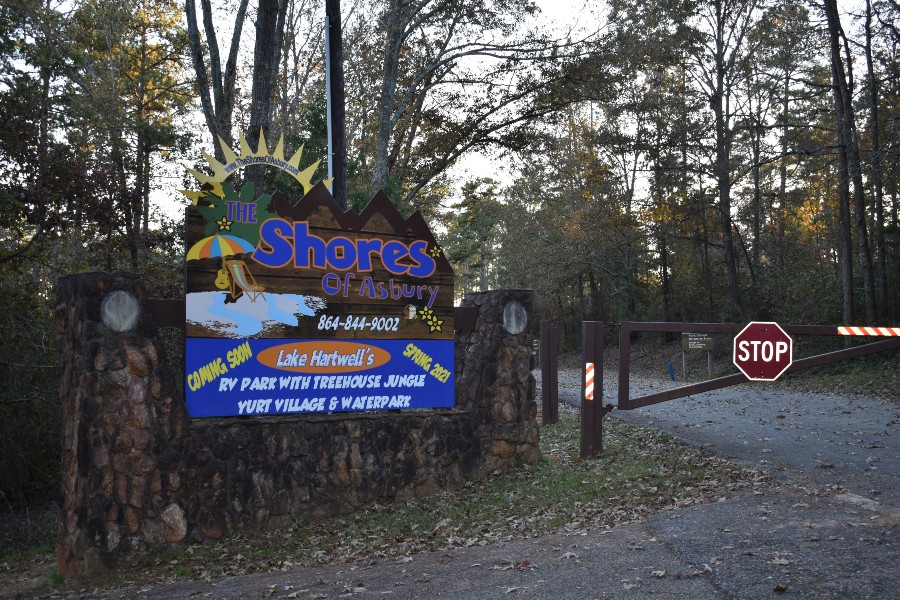 The Shores of Asbury, a proposed disability-friendly outdoor park and treehouse resort, has been touted as a Lake Hartwell tourism boon by Anderson County officials, but new developments with the project have drawn ire from local residents.

According to Karen McCullough, founder of the project and president of the Lake Hartwell Development Group, rain delays, utility setbacks and ongoing arborist work from the Army Corps of Engineers has pushed the expected completion date back eight months.

McCullough and Anderson County officials broke ground on the park late last year with plans to launch construction in the spring of this year, starting with amenities used to support a floating water park on Lake Hartwell. Later phases would expand park capacity to 150 guests with tiny house cabins, a yurt village, Americans With Disabilities Act-accessible treehouses, a restaurant and events venue.

“If these guys are successful, they have other investors; there could be the change to have more development at more of the parks,” Nelson told GSA Business Report following the groundbreaking. “And we are certainly looking forward to that opportunity.”

That development may take a little longer than expected, however, and not everyone in Anderson County is looking forward to having a waterpark on Lake Hartwell’s shores.

Given the delay, McCullough submitted an application to the county, including a traffic flow study, description of operations and pricing schedule for the temporary installation of the floating park at the River Forks Park's public boating dock this summer. 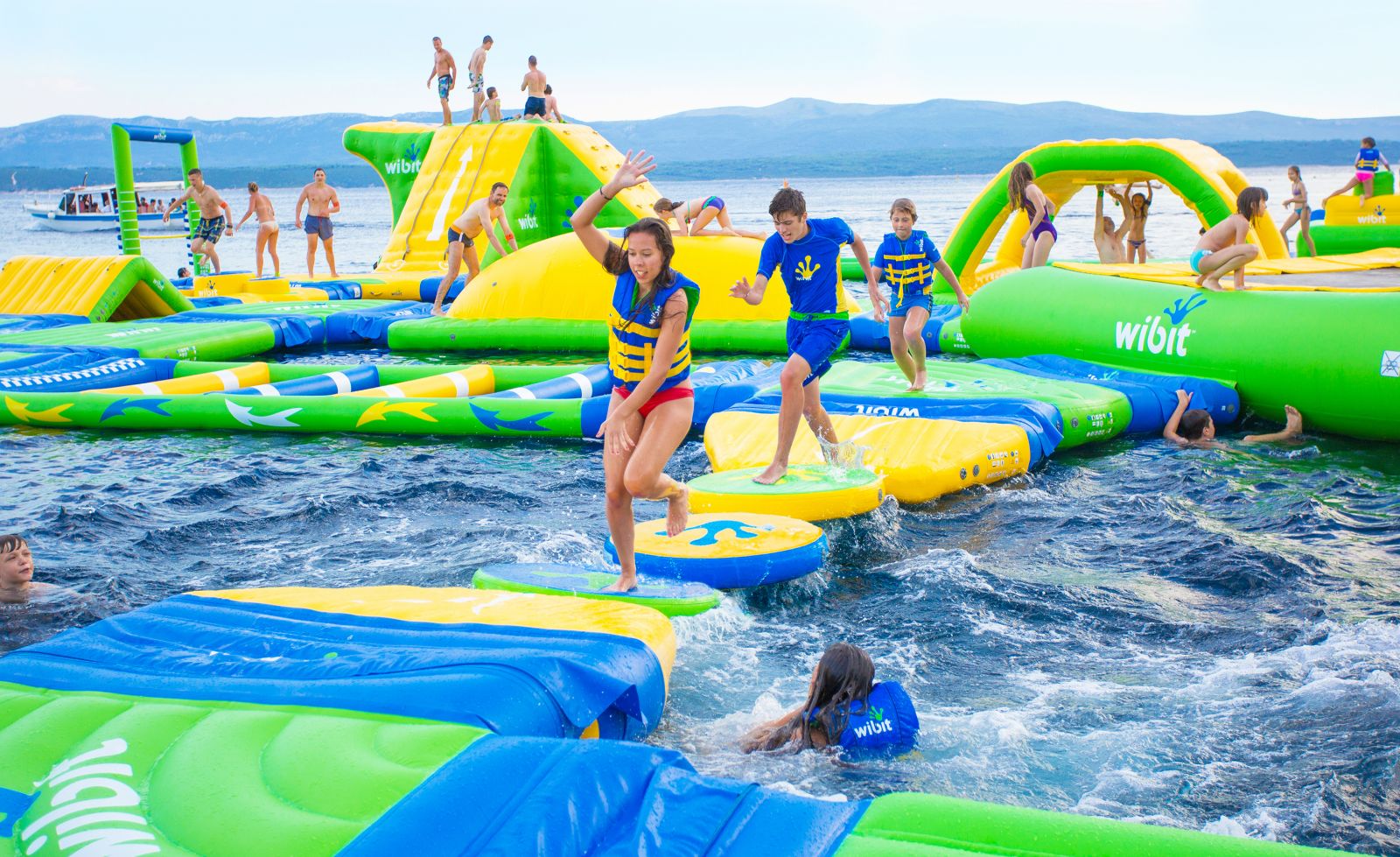 Not so fast, argue residents of the River Forks Road area who gathered at the May 5 County Council meeting to speak out in protest of the temporary installation or to request a public meeting.

“I built my house in 1972 knowing what the restrictions from the Corps (of Engineers) required of me and understanding that near us was the recreation area for swimming, a boat ramp, picnicking,” said River Forks area resident Judy Johnson. “Never was I to think that it would be like an amusement park. I have looked on the website for the Shores of Asbury, and I’ve looked at the water park that goes into the water, and I actually have a concern for the children that they’re talking about that would play on this apparatus.”

She maintained that River Forks Road, an unmarked two-lane dead end with no shoulder, was already hazardous for residents with current traffic levels.

Both Johnson and cattle farmer Ted Winski requested a public meeting and expressed concern that plans for the project had already progressed so far without any input from residents.

Winski said that residents have called the police on disruptive all-terrain vehicle traffic on the road with little efficacy in catching the drivers or preventing them from driving over the speed limit.

“I live in the cove by exactly where they are planning to put the waterpark and the paraphernalia that goes along with it,” resident Barbara Schaeffer said at the meeting. “It would really destroy the area. And I’m mainly thinking of the animals in the area. They really would be moved out by all the noise and the rah rah that goes along with a waterpark. At this time, we have egrets coming down the cove, all sorts of birds that come every year. All of that would be destroyed.”

Still, others speakers and professionals working in the special needs community spoke in defense of the temporary attraction, which according to McCullough, takes less than 30 minutes to deflate and haul back onshore.

McCullough and supporters did agree with waterpark critics on one point: the county should declare a public meeting as soon as possible.

“I’m asking County Council to set a public date, so that this can come before the board and be voted on, so that we can put the water park up at River Forks for this season,” she said.