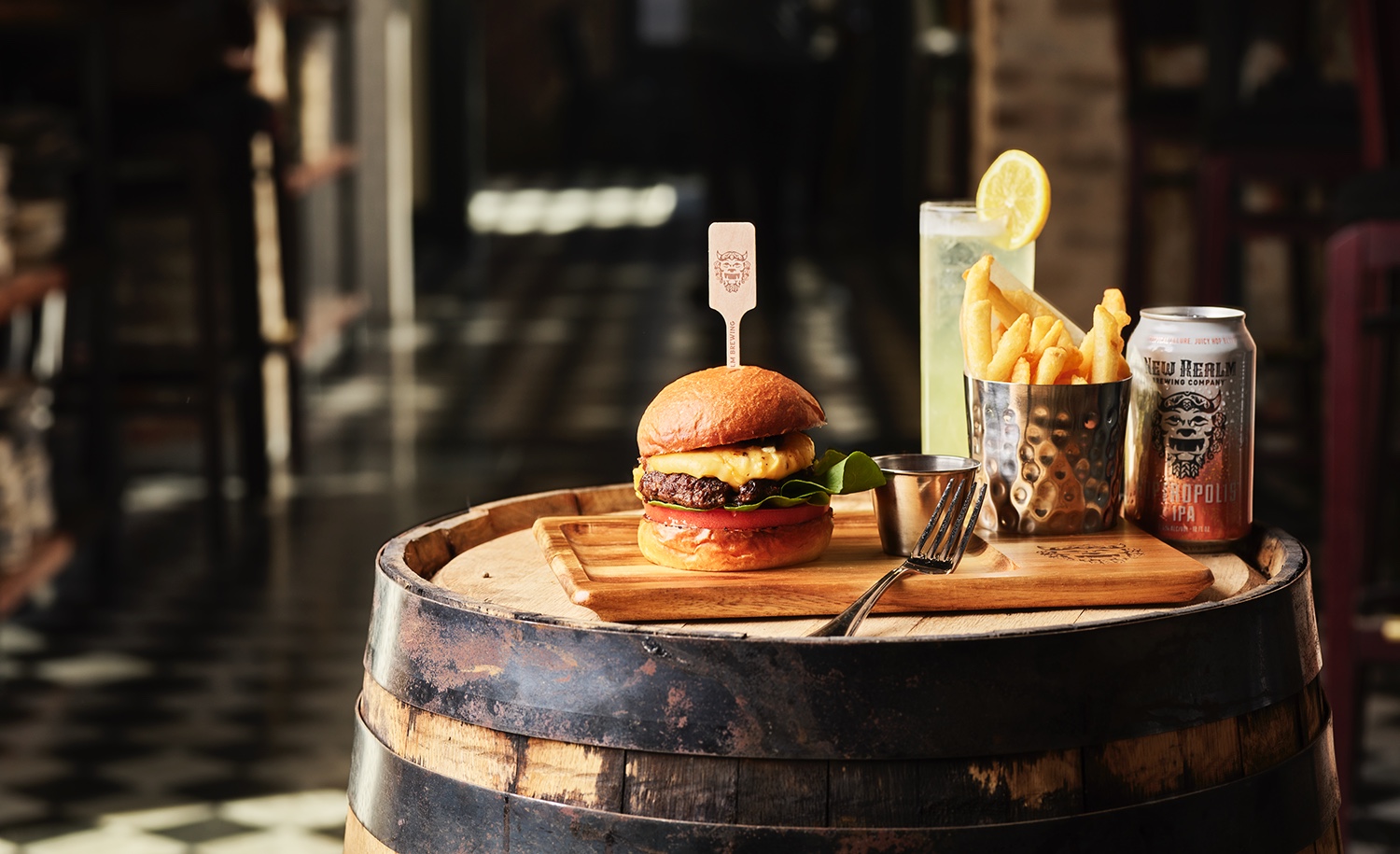 The 11,000-square-foot facility Old Cigar Warehouse will include a five-barrel brewhouse, scratch restaurant, biergarten, dedicated stage and outdoor bar, and will be home to New Realm’s sour and barrel-aging program, according to a news release. The company plans to open in about a year.

The Old Cigar Warehouse was built in 1882 to store cotton and cigars. In keeping with the history of the site, New Realm will maintain the exposed brick and intimate lighting that has given the warehouse a rustic and stylish atmosphere in the years since it was restored, the news release said.

Much like New Realm’s Atlanta, Savannah, Charleston and Virginia Beach, Va., locations, Greenville will feature a lineup of award-winning craft beers and limited specialty releases created and brewed by New Realm’s Brewmaster Mitch Steele, the release said. The new facility will allow New Realm to launch its sours program, a process that involves barrel aging beers with a blend of microorganisms to create sour, tart and acidic flavors.

“A sours program has always been in our plans and the history and architecture of the cigar warehouse is the perfect location,” Steele, also a  co-founder said in the release. “We plan to brew sour beers using traditional Belgian methods including multistage fermentation with a host of yeast strains and bacteria that provide unique flavors, acidity levels and aromas in the final beer. The result will be a wide range of complex, delicious sours, artfully combining tradition with innovation, that we cannot wait to introduce to the lineup.”

“Over the past three years, we have searched for a location that would provide us the opportunity to bring our locally sourced scratch kitchen and our craft beer and spirits to the city of Greenville,” Carey Falcone, co-founder and CEO of New Realm, said in the release. “One step inside of the iconic Old Cigar Warehouse and we knew we found a home that would serve as the perfect opportunity for us to create a community gathering place in an amazing city. The entire New Realm family is excited and we look forward to being a part of the Greenville community.”

The company said its brewery-restaurant would create more than 100 new jobs .

“The company is focused on positively impacting the communities in which it operates, and maintains a firm commitment to environmental sustainability, supporting local and independent craft communities, and the art and science of great craft brewing and distilling,” New Realm said in the release.

New Realm products are available at its locations as well as at bars and retail outlets throughout Georgia, Virginia and South Carolina.