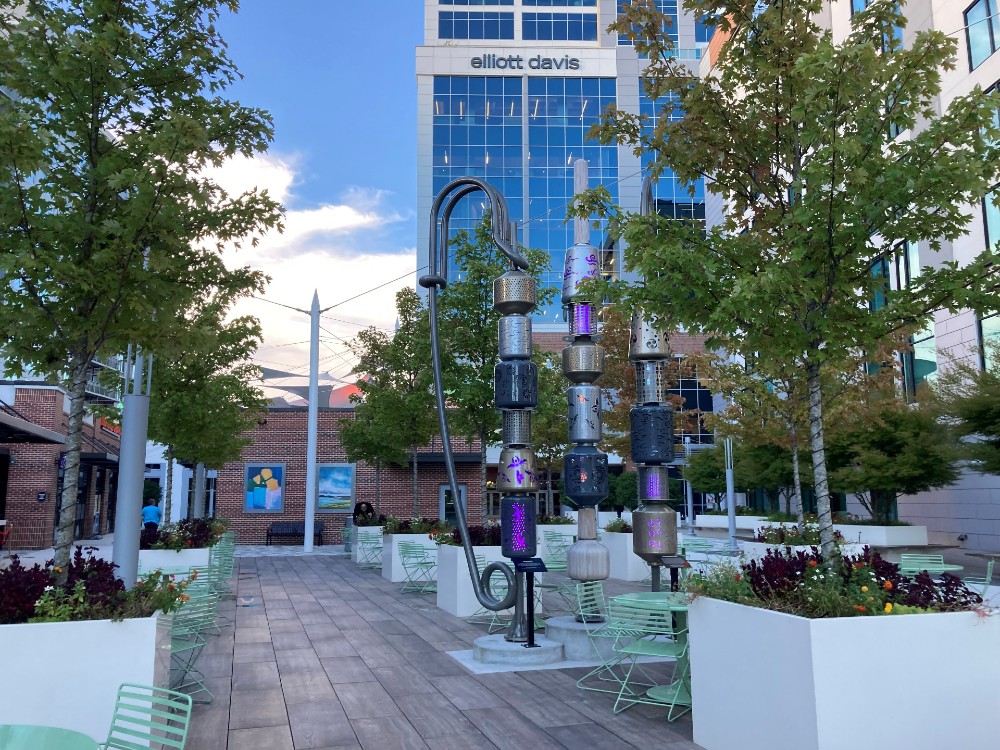 A longtime restaurant along the Reedy River in downtown Greenville is moving to another high-profile spot in the city.

After 17 years at 318 S. Main St., Larkin’s On The River — well-known for its service, steak and seafood — is making a move one block over to Camperdown Plaza, according to a news release from Larkin’s Restaurant Group.

Larkin’s, as it searched for a new space for its flagship restaurant — to be renamed Larkin’s Camperdown and scheduled to open in early October — saw opportunity at Camperdown, which offers over 100,000 square feet of office, retail and restaurant space, the release stated.

“There's magic here,” Adam Hayes, executive vice president, Larkin’s Restaurant Group, said in the release. “There’s something that is absolutely wonderful and exciting about Camperdown Plaza. So we’re very excited about being a part of it.”

The restaurant has signed a lease with Centennial American Properties for the nearly 6,000-square-foot space on the corner of Broad and Falls streets, according to the release.

“The location is perfect,” said Larkin Hammond, founder and CCO at Larkin’s Restaurant Group, said in the release. “And we think it’s going to be the hub of Greenville. Our new home will reflect and highlight the space’s uniquely modern feel with its large windows and high ceilings while continuing to deliver on the excellent food, drink and service that we’ve always been known for.”

Larkin’s Restaurant Group consists of three restaurants representing a variety of concepts, according to the release. Started in 1998 by food and beverage industry veterans Larkin and Mark Hammond, the company’s first concept was Larkin’s on the Lake located in Lake Lure, N.C.

In 2005, the group expanded to downtown Greenville, and opened Larkin’s on the River. The company also operates three Grill Marks Burger Joint locations in Greenville and Columbia, S.C., an Italian concept Limoncello, in Greenville, as well as a full catering and event operations segment.