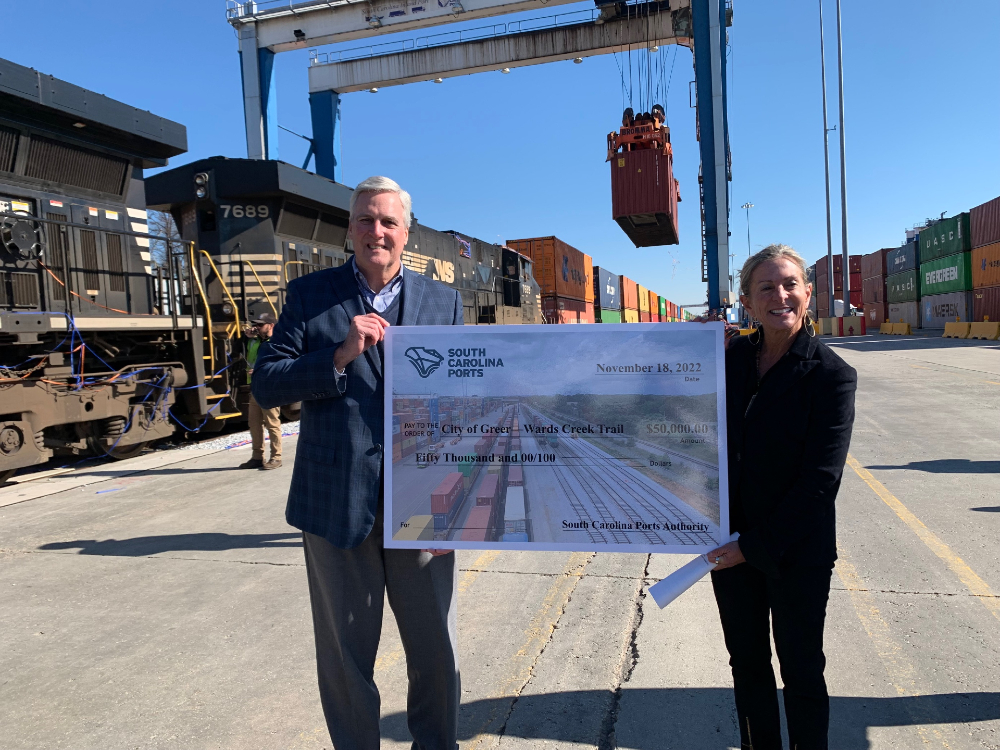 A trail project in Greer recently got a boost from the South Carolina Ports Authority.

Ports Authority President and CEO Barbara Melvin presented a $50,000 check during a recent news conference announcing an expansion of Inland Port Greer, which will go toward the construction of the proposed Wards Creek Trail.

A proposed part of the Greer’s Greenway Program, the Wards Creek Trail would connect Greer City Park to Biblebrook Drive by way of a walking and biking trail, according to the city’s website.

An introductory public meeting was held with residents in early November to discuss easements, trail width, surfacing, implementation and general design intent, according to the website. Tripp Barrineau, project manager with the Keck & Wood civil engineering firm, said the goal is to gauge residents' support for the trail and to collect feedback on the proposal.

“We are in the planning stages of design to determine a feasible route for the trail. Survey, engineering, and permitting efforts have not begun,” Barrineau said in the post. “The purpose and intent for the public meeting was to gauge support and identify partnerships with citizens for the use of private property. Obtaining easements will be the most important step in the process. Without easement granting and community support, the construction of the trail will be unfeasible.”

Comments may be submitted to Barrineau via email at tbarrineau@keckwood.com.

At last week’s news conference, the Ports Authority along with elected leaders and community partners celebrated an expansion of the state’s railroad system and touted the next phase of expansion that will double cargo capacity at Inland Port Greer.