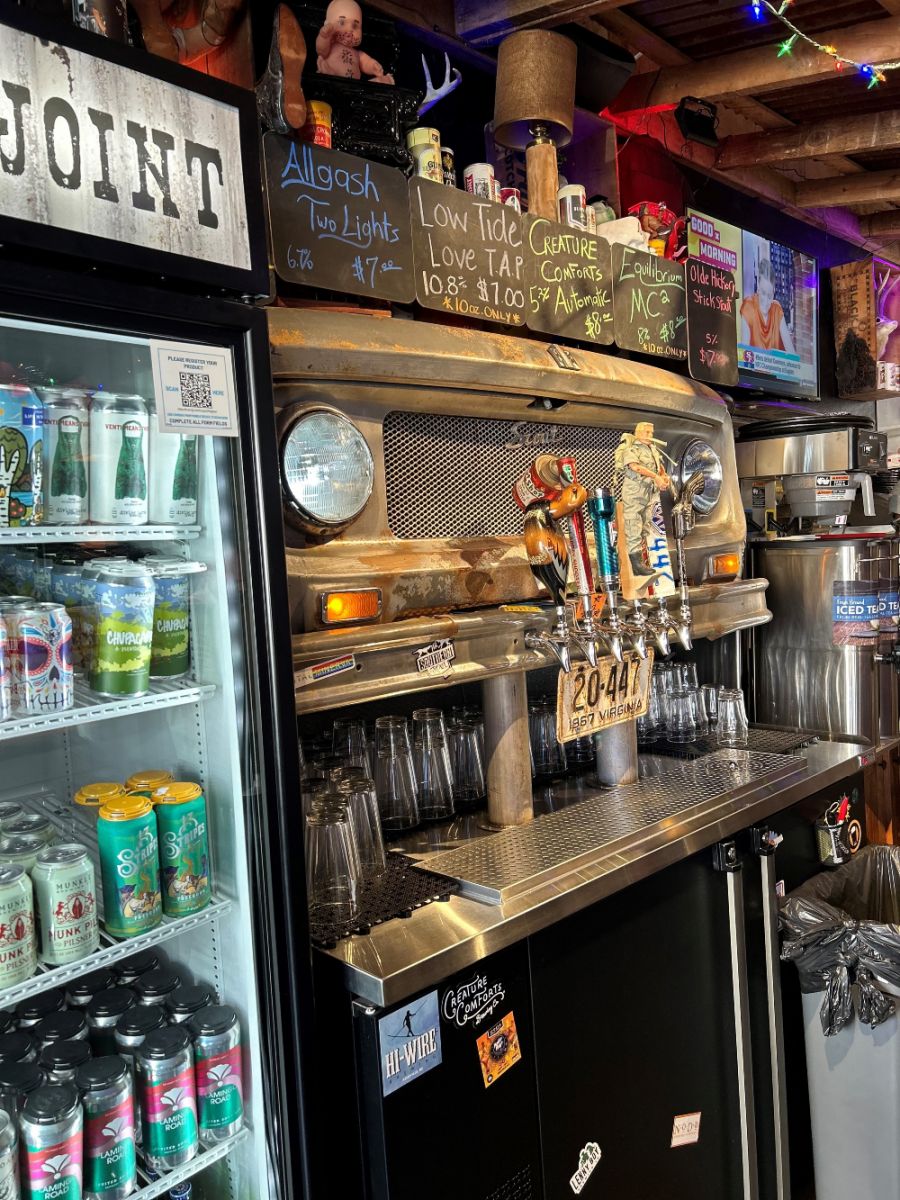 Jack Brown’s Beer & Burger Joint was born from the dream of two childhood best friends, Aaron Ludwig and Mike Sabin. When Ludwig and Sabin were growing up, they often talked about opening their own bar one day.

Fast forward, Ludwig had spent 15 years operating a ski and snowboard shop in Harrisonburg, Va., while Sabin had spent 20 years in the restaurant industry in South Beach Miami. In 2008, the pair decided to explore their own venture leading to the opening of their first location in Harrisonburg in 2009.

The menu is “purposely simple,” and Jack Brown’s doesn’t try to please all tastebuds.

For example, none of the burgers come with lettuce and tomato, but their own uniqueness of other dressings while boasting a variety of all styles of craft beer from around the world.

“Aaron and Mike designed the bar that they would want to hang out in, and since they grew up as drinking buddies, it wasn’t too difficult a task,” according to its website.

Jack Brown’s has one other South Carolina location, in Columbia.

Greenville’s location at 19 Augusta St., Suite H, is the 16th to open, and the decision for Jack Brown’s to step into the community’s well-known "foodie scene" was no rash decision or easy feat.

When the founders were deciding to open a location in Greenville, it was a city at the top of their list more than 10 years ago, said Samantha Sweet, Jack Brown’s Beer & Burger Joint general manager.

“Unfortunately, deals fell through at that time, and they moved on to other things, but now the idea has come full circle,” Sweet added. “It’s been a meaningful experience to the founders. This is a foodie scene, and people here have an appreciation for good food. We wanted to come to another community where we would have that culture and appreciation.”

The most unique thing about the restaurant is they keep it simple, said Sweet.

Jack Brown’s burgers are made with 100% American Wagyu beef sourced from a family owned and operated business in Boise, Idaho, Snake River Farms, which is a free-range pasture. Sweet said they only use this one distributor for their beef, and the result is a rich and flavorful farm-to-table experience.

“We do what we do very well with our small exclusive menu, and the quality of ingredients is unmatched,” she added. “If we don’t get specific products, then we don’t sell it, because we don’t settle. Every burger is handcrafted and has its own flavor profile.”

The beer and burger joint officially opened on Monday and was notably a “huge success,” said Sweet.

“It was jam-packed and had a wait most of the day,” she added. “It was a big first day open.”

During these trying economic times, especially in the restaurant industry post-pandemic, Sweet said it’s been their ability to adapt and stay true to their mission that sets them apart.

“We don’t stay the same, because that’s what we’ve always done,” she said. “We adjust our services, and although we still struggle with product shortages, we make things from scratch instead and make our own authentic, organic option that doesn’t decrease the quality of our food. We take each day as it comes and do what we need to accomplish our goals.”