In 2016, Alexium International Group Ltd. made the transition from strictly research and development to starting to market the chemistries around flame-retardant material and cooling fabrics to a commercial market.

It yielded revenue of more than $2.6 million, but now the company — which has its U.S. corporate offices in Greer — is making a change in leadership as current CEO Nick Clark plans to step away from that role and company president Dirk Van Hyning will assume responsibilities of CEO. Clark will take on the role of executive director of strategy for the company. The changes will take effect on June 30. 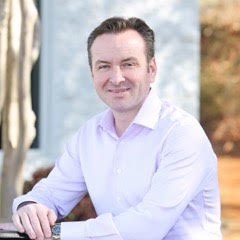 However, Clark remains the second-largest shareholder of the company and will continue to have a seat on the company’s board of directors.

“Every CEO needs to understand when their time is up or when there is a phase of the business that doesn’t suit them,” Clark said. “My expertise is fixing things and I have taken a problem and fixed it. Dirk can take this business to the level it needs to be and that is an organic, revenue-generating machine.”

Van Hyning is a veteran of the Milliken Research Corp. where he started as a research engineer in 1999. He holds a Ph.D. in chemical engineering from the University of Illinois at Urbana-Champaign and a bachelor’s degree from North Carolina State University. Additionally, he holds four patents and was the recipient of the Hans Kuhn Award for Outstanding Technology Commercialization.

Now, he has the opportunity to run the company … but with his old boss looking over his shoulder. 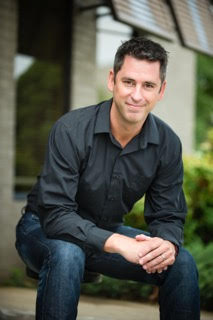 “This is a different company than it was four years ago and Nick was the one that led us,” Van Hyning said. “If you look back four years ago, there is no way I could have done what Nick has done.

“He has let go of the reigns enough to see if I was ready for the next step.”

The process of Clark letting control go of the company he started with a few investors in 2009 and assumed control over in 2013 began in 2016 when his wife became sick in January and succumbed to the illness a few months later. It left Clark — who lives in Washington, D.C. with his two children under the age of 8 — what he called “a different person.”

That’s when he called Van Hyning.

“There’s no two ways about it, I rang Dirk and told him I needed him and if there was a period of time where he would prove himself,” Clark said.

And Van Hyning had experienced a situation just before he was hired by Alexium in 2013 where life threw a big curve ball that he wasn’t ready for, but it was that experience that helped him work through what his boss was asking him to do.

“I found myself out of work, recently divorced and possibly having to move away from my children,” Van Hyning said. ‘When you are faced with that, it makes things less intimidating.”

The relationship between Clark and Van Hyning is what they both characterize as being “unique.” Both say they move at a rapid pace and Van Hyning said Clark has been “unforgiving and a tough, tough boss” but that was all to help Van Hyning get prepared for the role he is about to step into.

Clark, on the other hand, said he sees Van Hyning as a good friend in addition to being an employee. With his new role overseeing the strategic direction of the company, Clark said he has a personal stake in Van Hyning’s success moving forward.

“Normally, it could be relatively daunting for the past CEO to be working with the new CEO, but the reality is even if I wasn’t asked, I was staying on the board anyway,” Clark said. “I’ve been doing this for a long time and I haven’t had a relationship like I have with Dirk. I’ve nearly fired him twice and to see him become the CEO is a testament to his abilities.”

Moving forward it will be Clark who handles those connections, as well as investor relations. That gives Van Hyning some peace as he prepares for the transition and works through managing the company’s growth through logistics and potential new chemistries.

An additional change in the company’s leadership includes the retirement of Craig Gander from the Alexium board of directors to “focus on his Perth-based business.” Gander had been on the board since 2009. Former Florida congresswoman Karen Thurman was recently appointed to the position vacated by Gander’s retirement.