A proposal to donate the former New Washington Heights High School property to Greenlink for a new maintenance facility was introduced to Greenville County Council this week.

The 25.6-acre property on 205 Arcadia Drive meets Greenlink’s 13-acre requirement and is central to the transit service’s route network. If finalized, the maintenance facility’ construction on the site, valued at $1.145 million by a 2018 appraisal, would house 50 buses and replace a 39-year-old facility that administrators say lacks the space required for the fleet or parking expansion. 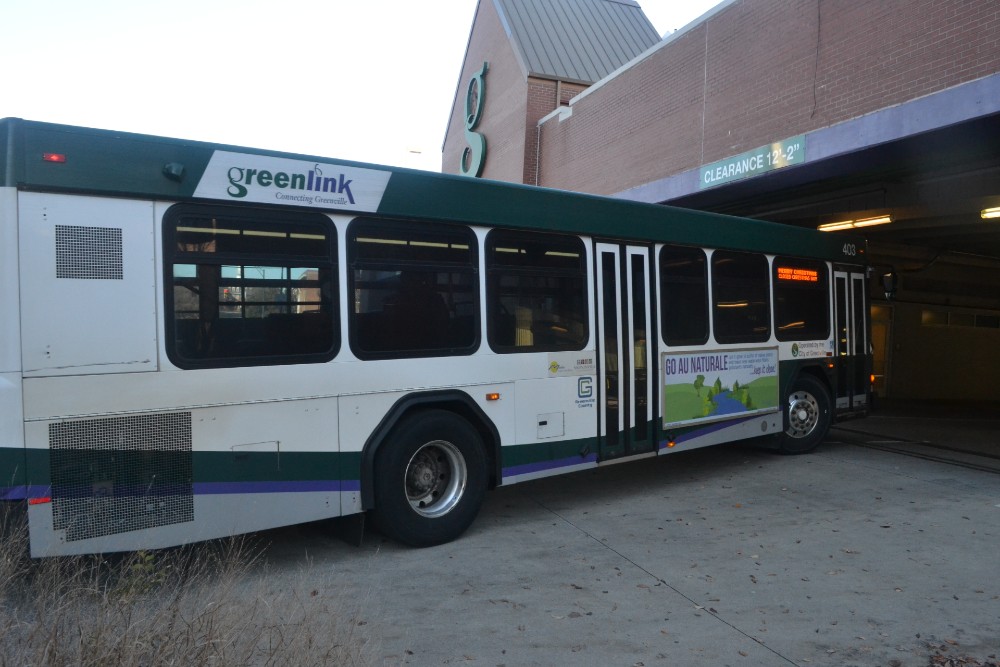 The future maintenance hub, estimated to cost $20 million, received funding from an $11 million U.S. Department of Transportation grant in 2018 with the understanding that $2.75 million would be supplied in local funding, according to a county memo. The city of Greenville has granted $1.4 million toward the match.

“The current maintenance facility used to be a beer distribution center, so it was never built to service buses, and it’s such a prime real estate location being so close to Fluor Field,” said Susan McLarty, coordinator of the Greenville Homeless Alliance. They need new space to service the buses, which is critical to meeting their 30-minute service goal, but they also could generate a significant amount of revenue by selling this property.”

McLarty, noting the critical impact of Greenlink on transporting the county’s workforce and potential workforce to jobs that earn a livable income, organized a call to action in support of the proposal’s introduction to county council’s agenda last week. She expects the issue to resurface on the agenda over the next few weeks and invites supporters to don green during the next meeting.

According to Greenlink, the proposal, submitted by County Administrator Joe Kernell, follows 18 months of negotiation with the county on the site’s donation and is expected to be presented for a final reading on April 7. McLarty says a possible out-of-state buyer had considered purchasing the property from the county, but the maintenance facility proposal has since gathered momentum.

Since 2018, McLarty says the county has focused on finding funding for Greenlink’s annual budget. In 2019, she joined the Greenville Chamber of Commerce and other partners to advocate for boosted county support to extend Greenlink operating hours. According to data from the Greenville Chamber’s 2020 public policy guide, local funding for public transit averaged at $5.73 per capita last year in comparison to $31.19 in Chattanooga, Tenn., and $46.14 in Birmingham, Ala.

McLarty said her work with the Greenville Homeless Alliance has introduced her to many people working in low-income jobs who must save up for years to move out of full-to-capacity county emergency shelters due to housing and transportation costs.

“We are hearing that if they can stay long enough, two years for example, they are able to save up to purchase a vehicle,” she said.

Two recent studies on county and city data determine that a household needs to make $30,000 to have a choice of housing in the county, according to McLarty.

“That translates to any job paying $15 per hour with full-time employment and below needs access to public transportation to balance their housing cost and transportation costs,” she said.

Greenlink stated that any improvements to their system will aid economic mobility and steer them toward their 30-minute service goal.