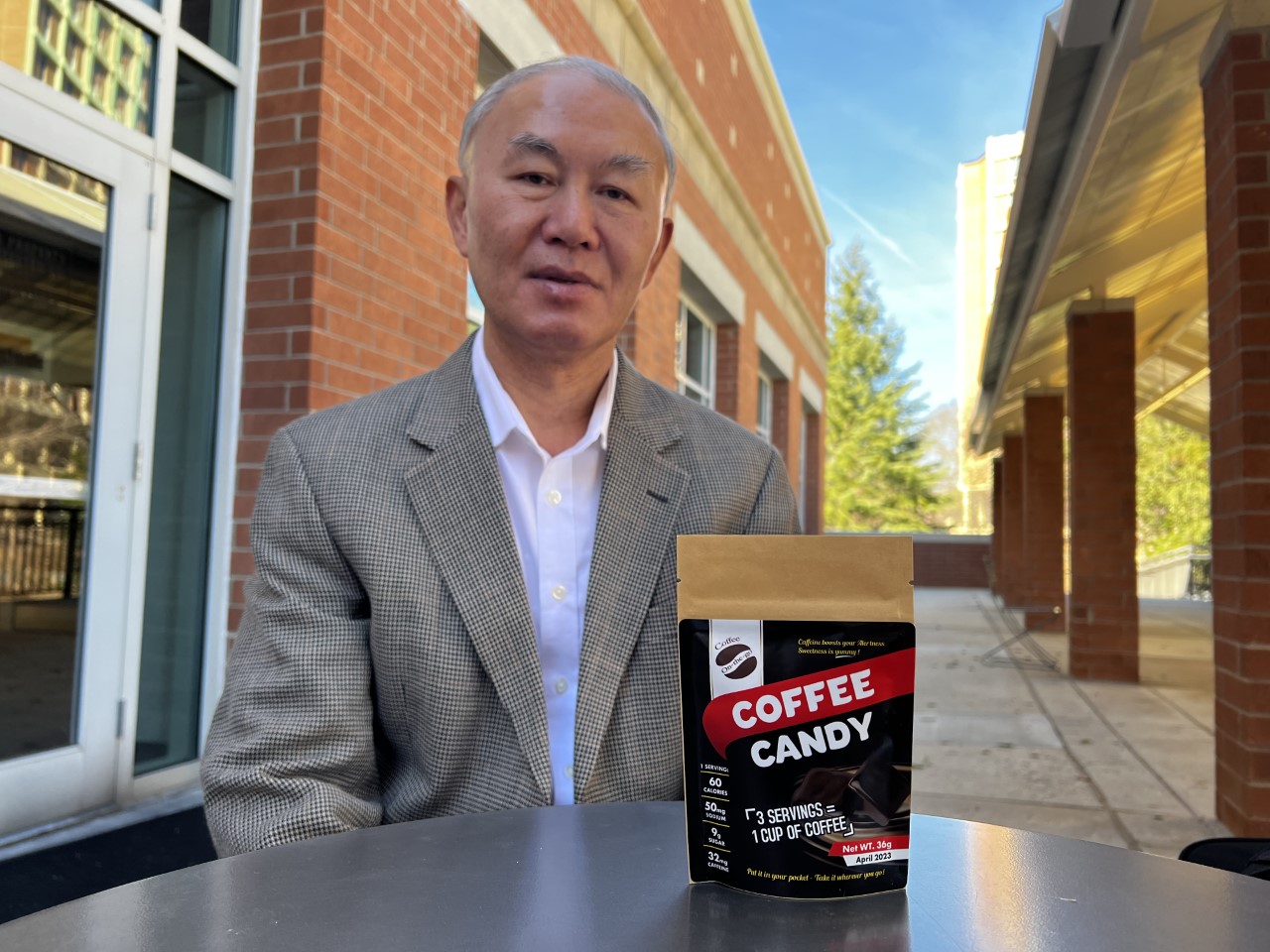 Don Li’s restless soul kept him on the road. A lot.

The longtime software engineer made his home in Virginia for a while, but he has enjoyed exploring new places over the last 30 years, living in five states across the South, including two parts of South Carolina.

That restlessness kept him behind the wheel for long miles and long hours. To stay alert, he drank coffee — lots of it. The java kept him alert, something he expected. And it turned him into an entrepreneur, something he did not.

When inspiration struck, Li left behind his career as a software engineer to pursue an idea from the road — edible coffee, a caffeinated product that doesn’t lead to restroom breaks during long drives.

“Once this idea came to me, that’s like a moment of your life that you want to jump on,” he said. Today Li is founder of Greenville-based COG LLC and developer of the company’s only product so far: Coffee Candy.

The first iteration of edible coffee was baked goods.

“But brownies are good for today or two days, three days maximum,” Li said. “Then I pivoted to coffee candy, which is good for six months, nine months or even longer.”

For now the company is a one-person show, with Li contracting out tasks such as web development and packaging design. The candy is made at Old Mill Kitchen and Commissary. Through trial and error he has refined the product to its current form.

“Try it. You will like it,” he said during a recent taste test, and nudged forward a three-piece package of Coffee Candy. He waited confidently while someone new tried the product. It’s chewy but firm, perhaps a little more so than taffy, with a bold and somewhat sweet coffee flavor.

“It’s somewhere between hard and soft,” he says. “It’s really good, huh? It also contains some nutrients, but overall it gives you a boost.”

There are other coffee-flavored candies but the only one Li has found that delivers a caffeine boost like Coffee Candy is a hard candy product from Indonesia, he said. That company grew from startup to billion-dollar enterprise in about five years, and Li himself is not thinking small.

He said some big coffee companies have reached out to him but he has not returned those calls, preferring for now to keep it local and regional. He has tapped in to local bankers (who also became his first customers) and the expertise of NEXT, the Greenville Chamber’s entrepreneurial support organization, where he has found mentorship.

He said his product is scalable and, when sate Agriculture Department approval is in hand, ready to grow.

“My goal is to bring it to market and down the road have every coffee lover to become our customers,” Li said. “We will then go for retail distribution with Walmart, Target and all that.”

Li said he believes his product will not compete with coffee in its traditional liquid form, but have a place alongside those products that have grown in popularity. He thinks Coffee Candy would be particularly handy for people like truck drivers, factory workers and construction crews that don’t want to take the time for a restroom break.

“The key thing I believe is convenience,” he said. “And we don’t picture replacing people’s habit. We’re complementary. Starbucks and all the other coffee shops — they’re all good, right? We just want to bring to the marketplace a coffee product that provides convenience to coffee lovers.”

The product is available for individual orders online at www.eatcoffee.net and some customers order directly from him. Some employers have ordered it by the case for their workers and at least one company plans to add it to the breakroom vending machine.

“You just put it into your mouth and get caffeine but you don’t have to go to the restroom,” Li said, and tapped on a sample package. “Once we get going, this guy could become huge. It tastes good, right?”