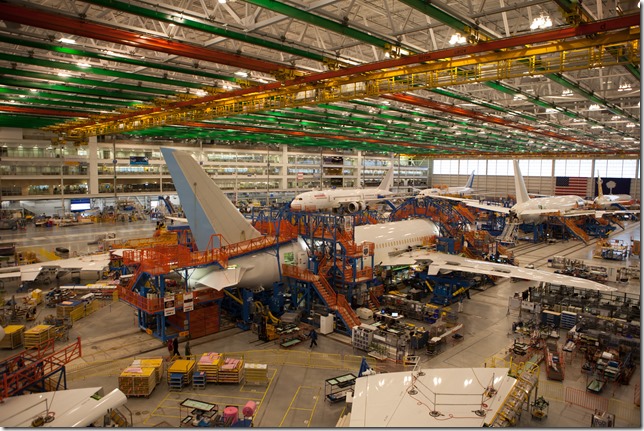 About 3,100 production and maintenance workers at Boeing South Carolina were eligible to vote in the union election Wednesday. The IAM withdrew its petition for the election today. (Photo/Kim McManus)

The April 22 election at Boeing South Carolina has been canceled after the International Association of Machinists and Aerospace Workers withdrew its petition with the National Labor Relations Board today.

More than 3,100 production and maintenance workers at Boeing South Carolina’s 787 Dreamliner campus in North Charleston would have been eligible to vote on union representation on Wednesday.

The IAM cited “a toxic environment and gross violations of workers’ lawful organizing rights” as reasons for canceling. Additionally, union leaders have said in recent weeks that they were considering withdrawing the petition if they did not think they had enough support to win.

The IAM conducted home visits with more than 1,700 Boeing workers in recent weeks to gauge support and help determine whether they should cancel this election.

“After speaking with Boeing workers who we were previously unable to reach, we’ve determined now is not the right time for an election,” lead IAM organizer Mike Evans said in a statement. “An atmosphere of threats, harassment and unprecedented political interference has intimidated workers to the point we don’t believe a free and fair election is possible.”

The IAM said it suspended home visits after two organizers were threatened at gunpoint and others reported hostile confrontations. The IAM said it has filed Unfair Labor Practice charges with the NLRB.

Although the election will not happen Wednesday, the IAM said it plans to continue organizing efforts for a future election. The union cannot petition for another election for at least six months.

“Boeing’s campaign of rumors and threats may have succeeded in delaying this election, but the fight to win collective bargaining rights for thousands of Boeing South Carolina workers is far from over,” Evans said in a news release.

Boeing South Carolina spokeswoman Candy Eslinger said the “IAM’s allegations are ridiculous” and that Boeing has “taken a very transparent approach to informing our teammates and the community about what it means to be represented by the IAM.”

“We’ve said for quite some time, we don’t believe a union is in the best interest of our teammates, our business, our community nor our state, and apparently our BSC teammates agree,” Eslinger said in a statement.

The NLRB scheduled the election last month after the IAM petitioned the board with enough signed authorization cards to justify an election, which is a minimum of 30% of the production and maintenance workforce.

The IAM said Boeing workers had reached out to the union regarding numerous workplace concerns, including forced overtime, rising health care costs and a lack of respect on the shop floor. Boeing leaders have repeatedly said union representation is not in the best interest of the workers, the company or the state of South Carolina.

Beverly Wyse, Boeing South Carolina vice president and general manager, said in a recent interview that the North Charleston Dreamliner facility does not need union representation and that workers communicate openly with management about issues.

Wyse also said production and maintenance workers’ wages — currently at $20.59 an hour — are competitive for the Lowcountry. Washington state workers represented by the IAM make $31.43 an hour, according to the union.

In a statement today, Wyse said: “I want to thank the team for their patience and professionalism throughout this process, but most importantly their passion, spirit and determination to move forward together. We now have the opportunity to make Boeing South Carolina and our local community an even better place to work and live. And that’s what we’re going to do — together.”

Gov. Nikki Haley has been on the attack against the IAM. During the S.C. Manufacturing Conference in Greenville this week, Haley said that the IAM offends her and that a unionized Boeing plant would hinder future business recruitment to the state.