Small manufacturers: The ‘backbone’ of the community

Growth in South Carolina’s manufacturing sector is strong, with the value of its shipments and services topping $112 billion in 2015, according to the U.S. Census Bureau.

While it seems intuitive to attribute that growth — up from $73.5 billion in value in 2009 — to major companies like BMW, Boeing or Honda, Chuck Spangler says that would be an incorrect assessment.

Spangler, president and CEO of the S.C. Manufacturing Extension Partnership, said South Carolina has 4,900 manufacturers employing 100 or fewer and, of that number, nearly 3,900 have 20 or fewer employees. All this makes smaller manufacturers a much bigger than expected player in the state’s economy. 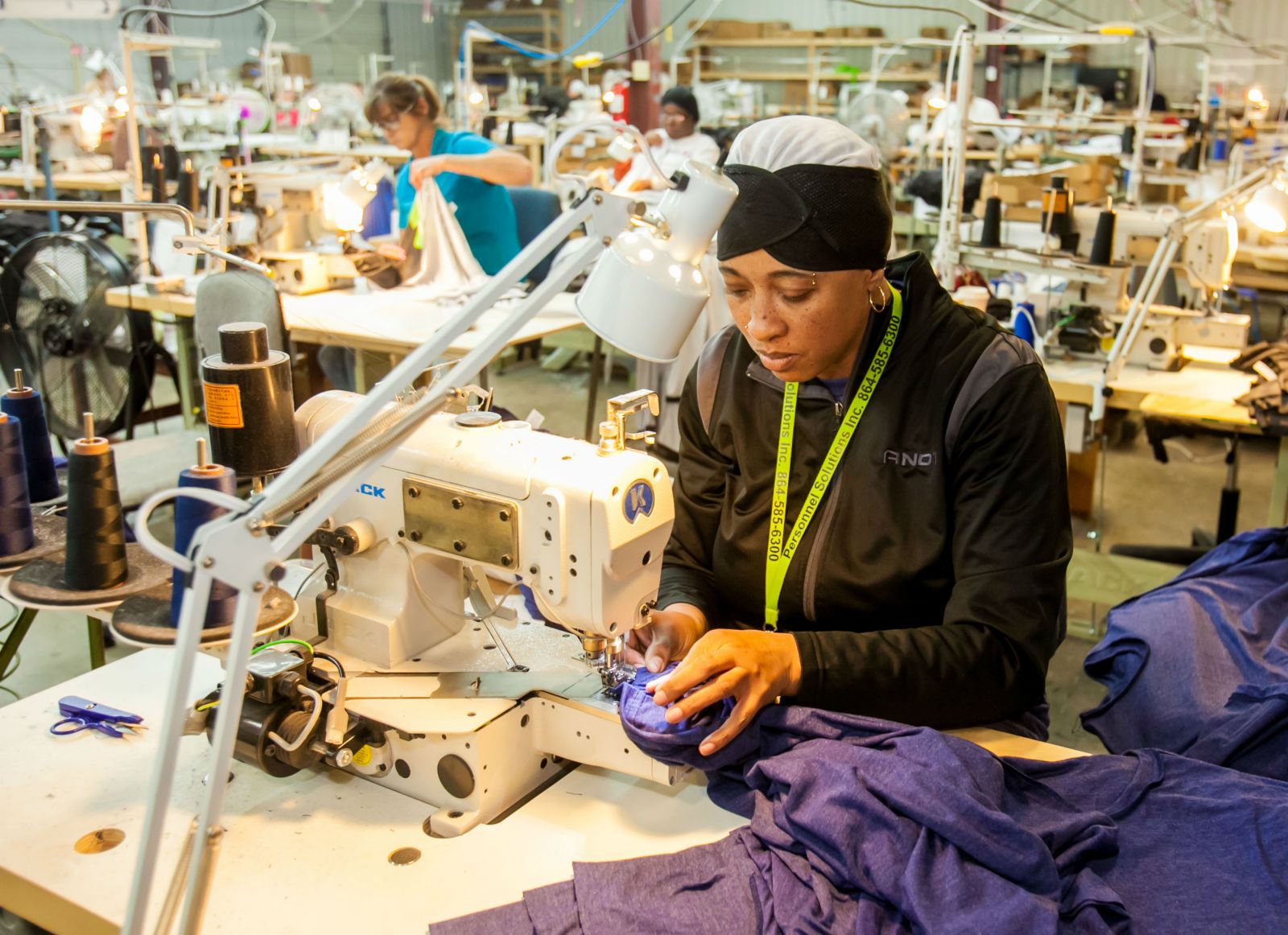 The largest concentration of small manufacturers is in the Upstate, Midlands and Lowcountry. According to SCMEP data, Greenville County has 376 manufacturing companies with 20 or fewer employees. Spartanburg County has 237, while Charleston County has 220. Richland and Lexington counties have 136 and 135, respectively.

One such manufacturer is Vapor Apparel. The North Charleston-based apparel company employs between 40 and 50 at its Lowcountry headquarters and its new production facility in Union County in the Upstate. During the summer, co-founder Chris Bernat said that number jumps to about 95.

In 2015, Vapor announced a $1.3 million investment to create up to 114 new jobs in Union County, a county once rooted in textiles. Bernat said the need for “Made in the USA” coupled with location was an immediate draw to Union.

“Made in the USA became important and Union was a sweet spot because it’s not too far from Charleston and we can pull from the Spartanburg market,” Bernat said. “Also, it is within about 100 miles of all our supply chain partners.”

Over the last five years, Vapor has experienced 25% growth in its year-over-year gross revenue. Bernat said that growth was 26.8% in 2016.

Vapor’s growth is expanding overseas. Bernat said the company has started Vapor Apparel Europe, headquartered in the Netherlands, with the expectation of replicating success found in South Carolina to create an international brand. The company’s growth plan includes investing more in e-commerce technology to broaden the reach of Vapor Apparel’s brand.

“We are constantly innovating,” Bernat said. “We have market places and we have market segments. Then we have product segments and all of those are places we need to innovate.”

On the high seas

Steve Potts, president and CEO of Summerville-based recreational boat manufacturer Scout Boats, is in a situation similar to Bernat’s. He is a smaller manufacturer with about 340 employees and has experienced steady growth over the last several years. 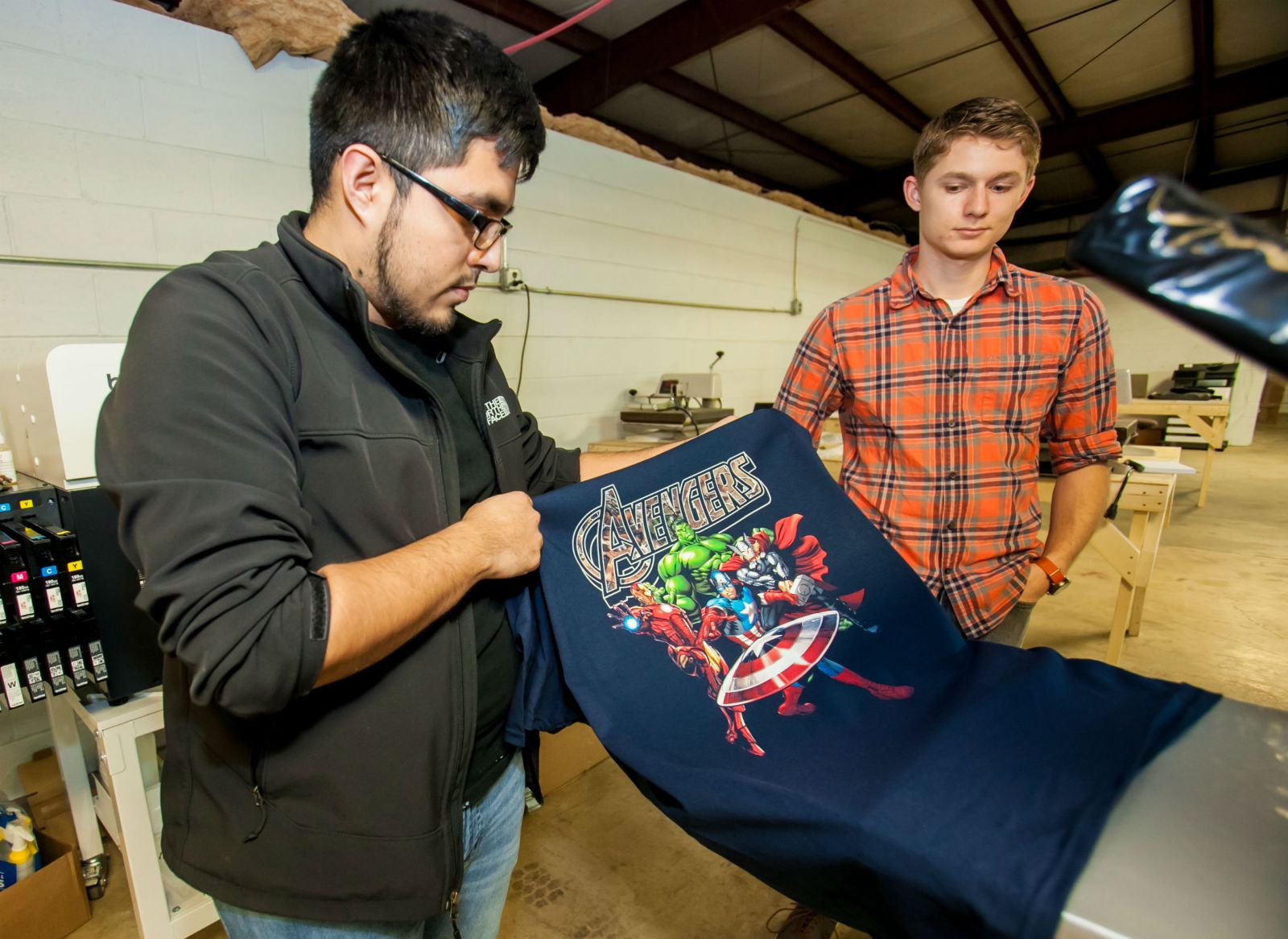 In fact, he said, from 2015 to 2016, his year-over-year total sales jumped over $13 million, leading the company to add a plant at its Summerville campus to build a new recreational boat.

“We are growing and hiring about two employees every week,” Potts said. “This year we will add about 80 employees.”

The growth of Scout Boats has not been limited to domestic sales. Potts said the company exported to 22 countries in 2015 and has received awards for its export excellence.

All of that has translated into growth that prompted the company to be aggressive in its five-year plan. Potts said the growth plan is to have 690 employees by 2020. which would take Scout Boats from a small manufacturer to one of the 67 companies currently manufacturing in South Carolina with over 500 employees.

“The demand we have currently on what we are producing along with what we are planning to do to get into new markets – meaning developing new models for markets we aren’t in – is a big reason for that growth,” Potts said.

Competing with the ‘big boys’

“I’ve actually had conversations with economic development people. I guess it is pretty typical that the noise is all over the BMWs and the Volvos,” Potts said. “I do think there is more credibility for the home-grown business. We were started in the state, our employees are all from the state and we spend all of our money in the state.”

And neither of them feels left out of the state’s overall economic picture. In fact, both said their growth is what keeps the state’s economic engine purring.

“Here is the thing about small manufacturing … it is where the real job growth is,” Bernat said. “When I interview people for positions, I like to point out there are a lot of folks that want to be part of something larger than themselves, but not in a setting with thousands of other people.”

No matter the size of the manufacturer, the impact across other sectors remains the same, according to Spangler. He said for every one manufacturing job created, up to three service jobs are created depending on the sector.

“They are the backbone of the community,” Spangler said. “It goes back to the numbers, and most people think it’s the big guys, but it is those small to medium-sized guys.”

One distinction Bernat and Potts have from most other small manufacturers in the state is the audience they cater to. Vapor Apparel and Scout Boats are not dependent on larger OEMs for business, which puts them in a minority, Spangler said.

Having a diversified manufacturing portfolio is a goal SCMEP sets for any small manufacturer in the state. Spangler said more diversification means less dependence on one particular sector, so that if that sector were to experience a decline, the blow would not be as big to the smaller manufacturer because they have more to offer on the market.

“We really try to help them get the right certification to be in the right supply chain so they can bid on more work,” Spangler said. “We have a marketing program to help these guys diversify and pick up more clients and more sales so they aren’t so dependent on just one client. There is help with strategy to work with their market portfolio, and they truly need to understand their costs.”

Getting other manufacturers to the same place as companies such as Vapor Apparel and Scout Boats is  the end game for SCMEP programs.

“We love those because they can really build their own brand,” Spangler said. “There are a lot of those in South Carolina and they aren’t limited by OEMs. They are only limited by their ability to market, but those companies have great potential.”

He added the climate for bringing in new manufacturers — small and large — remains such that he believes the sector in South Carolina will only get better … and larger.

“It’s blowing my mind how we are still growing,” Spangler said. “We average about 19 to 20 international companies coming in that have never done business in North America and that seems to stay up. And when you have that, I think the future is going to be great.”