Halted by coronavirus, then a tornado, BorgWarner returns

A transfer case floated over the top of a cart at the BorgWarner plant in Seneca, suspended by a cable as a worker made some final adjustments on May 4. Satisfied, she pushed a button and the automotive unit dropped to the cart. Her coworkers cheered.

The transfer case was the first part assembled in Seneca since a one-two punch halted production — first a closure planned to cope with the threat of coronavirus and then a powerful tornado that heavily damaged the plant and surrounding neighborhoods. A contracted security guard was killed when the tornado struck the plant, but workers who would have been on the production line when the overnight storm hit were already at home as a protective measure against the spread of COVID-19. 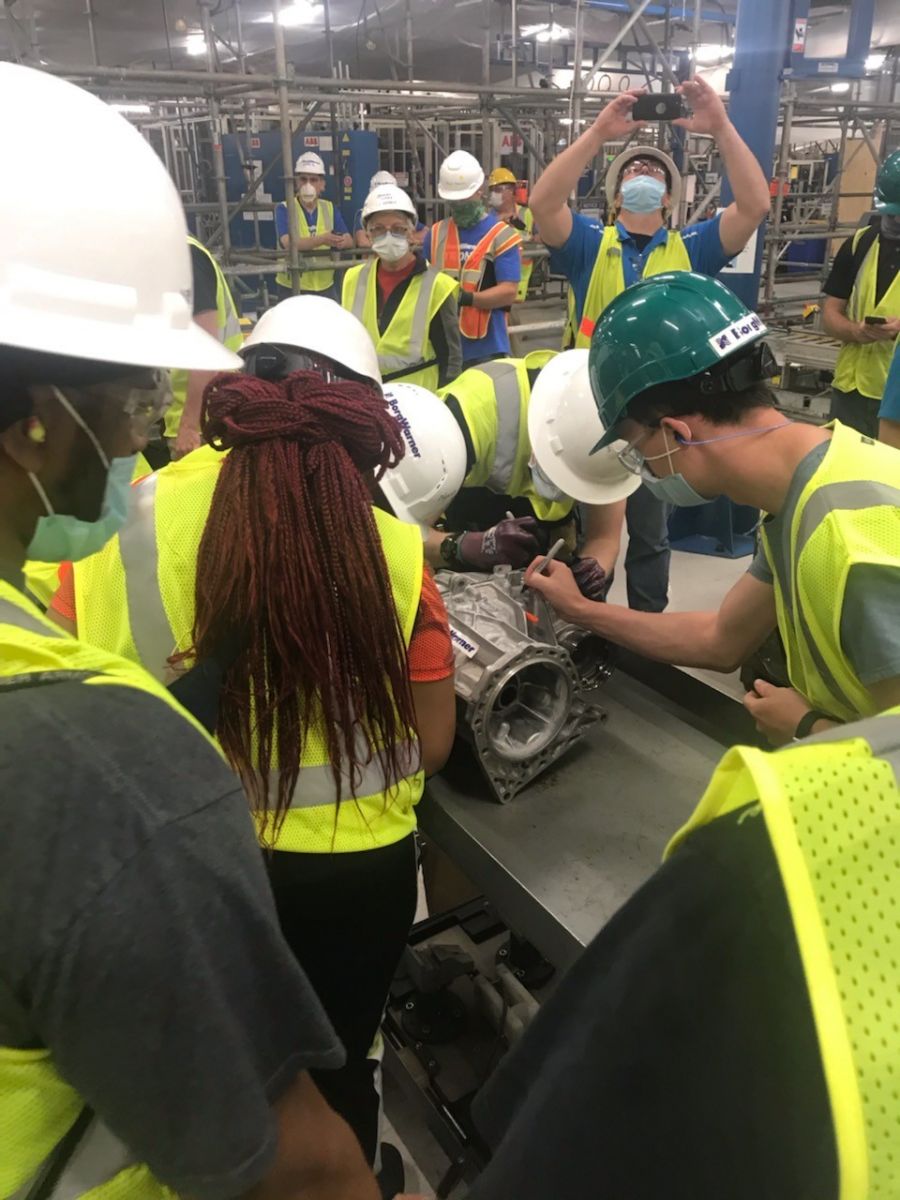 A company representative at the time said their goal was for the tornado damage to be repaired fast enough that it would not add to days lost to the pandemic.

“It’s a true testament to the power of collaboration and teamwork of the employees in Seneca and all of BorgWarner,” Plant Manager Joe McCulloch said in a statement a day after production resumed.

McCulloch said it took 500 working hours for the BorgWarner team and contractors to bring the machining and assembly portions of the facility back to working order. The plant is still a working construction site as other parts of the facility are repaired.

Annie Caggiano, executive director of the Oconee Economic Alliance, said the BorgWarner plant going back into production was a morale booster for the community.

“Although we have a long way to go before we are back to ‘normal,’ seeing BorgWarner rebuild and partially reopen after such devastation is a true testament to the hard work of so many in our community, she said in an email. “The times may be uncertain, but if we can overcome a global pandemic and an F3 tornado, we can get through anything with collaboration and teamwork.”

The plant is in the section of Seneca hit hardest April 13 by one of several tornadoes to cut through the Upstate.

“We appreciate the support of the Oconee community and the state of South Carolina, our neighbors and our customers during this time,” company spokesperson Michelle Collins said.

The company, which has 62 facilities in 17 countries, does not say how many employees work at individual sites, but BorgWarner added 160 new jobs after announcing a $72 million investment in 2017, the company’s third expansion in four years, according to the S.C. Commerce Department.

BorgWarner makes components for the automotive industry with customers that include Ford, GM, Chrysler, Honda and Kia, according to its website. The Seneca plant is part of the drive train division and produces transfer cases, interactive torque management systems and gearing components for automobile and light truck front- and rear-wheel platforms.