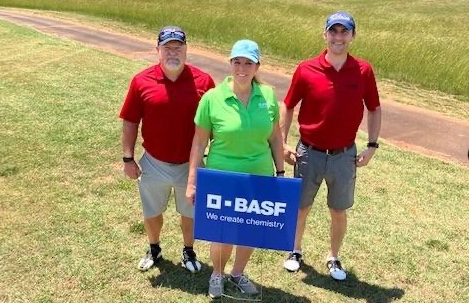 BASF Corp.’s Seneca location served as a silver sponsor in the Grace’s Closet annual ‘Fore the Kids’ benefit golf tournament on May 20 and also played a few rounds, winning second place in the tournament.

The tournament is an annual event to raise support for Grace's Closet, a nonprofit that provides Upstate children with needed resources such as clothing, food and hygiene products.

BASF has partnered with Grace’s Closet for several years, providing donations and other resources to support children in the Seneca area, according to a news release.

The site is one of five in South Carolina.

Grace’s Closet is based in Walhalla and has a location in all of Oconee County’s 19 schools. According to the nonprofit, 66% of all students in the county lack access to basic resources such as clothing, shoes, school supplies, toiletries and food over the weekend.