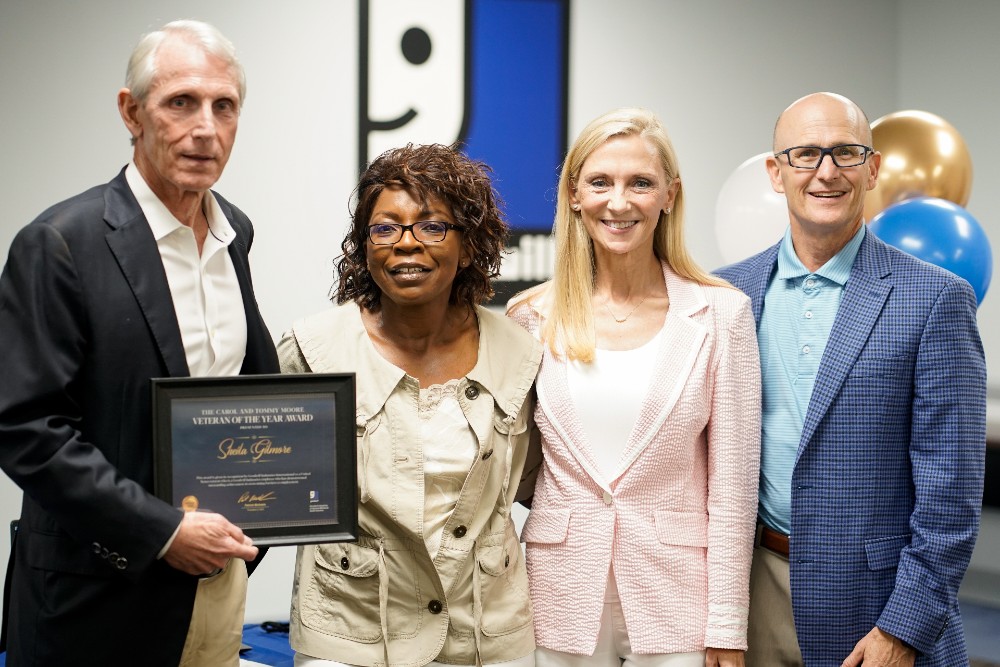 A Greenville woman who proved her dedication to her country and her family has been named the 2022 Goodwill Industries International Veteran of the Year.

The award, named the Carol and Tommy Moore Veteran of the Year Award, honors a military veteran and Goodwill employee who has shown great progress and accomplishment in overcoming challenges to finding employment.

Even with 20 years of military service and a four-year degree, Sheila Gilmore struggled to find work because of 15-year employment gap spent as a stay-at-home mom and nurse, caretaker and rehab coach for her son, who suffered a traumatic brain injury in an auto accident.

Gilmore joined the U.S. Army in 1983, serving around the world and achieving the rank of sergeant 1st class before her retirement in 2003, according to a news release from Goodwill Industries of the Upstate/Midlands. Gilmore went to night school and earned a bachelor’s degree in psychology while serving in the Army. 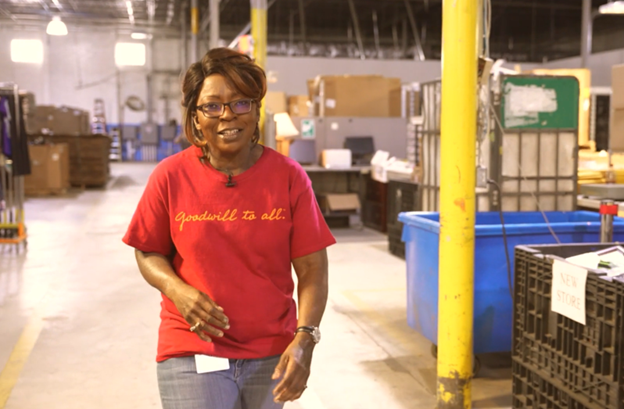 She moved to Greenville in 2005 for an inspection job that she couldn’t accept in the end after learning it was third shift. Then her oldest son was in the car accident that led her to being his primary health caretaker. Although doctors told her he would never regain his memory, she devoted herself to his rehabilitation. Today he owns a trucking business, the news release said.

After 15 years out of the workforce, raising children and rehabilitating her son, Gilmore struggled to find employment. She applied for jobs in industries in and out of her field but she said employers seemed more concerned with her time out of the workforce than in her skillset. In 2019, she was hired as a retail associate at a Goodwill retail store in Greenville for Goodwill Industries of Upstate/Midlands South Carolina, which turned out to be an opportunity that opened other doors, the release said.

She learned her job well enough that she was asked to become a peer coach to new associates. After a year, Gilmore was promoted into the E-commerce division in 2020 where she received a pay raise and learned a new side of retail. Since 2020, she has become a go-to for her managers and a leader to her peers, the release said.

“When I look back at the obstacles I encountered regarding employment; it was God’s will for me to work at Goodwill,” Gilmore said in the news release. “Serving others is the best thing in life and helps you to have a selfless and humble mindset.”

Gilmore also volunteered for the Diversity, Equity and Inclusion Employee Resource Group where she participated on committees and helped drive DEI principles in the organization.

“Sheila’s perseverance and dedication to both her work and serving others have helped her grow tremendously in her job,” Patrick Michaels, president and CEO of Goodwill Industries of Upstate/Midlands South Carolina, said in the release. “She has also brought a unique set of skills to her role having served in the Army that have enabled her to lead and take on new opportunities.”

Goodwill Industries of the Upstate/Midlands South Carolina is a locally owned and operated non-profit within the Goodwill Industries International network. The organization operates 40 stores across 16 counties with proceeds going to job training and education programs.

“At Goodwill, we are committed to helping people reach their full potential through learning and the power of work,” Steven C. Preston, president and CEO of Goodwill Industries International, said in the release. “Sheila’s unwavering dedication to both her work and her family are inspiring, and we’re pleased that Goodwill can play a role in helping people like Sheila achieve their career goals.”