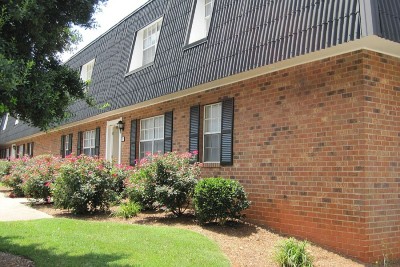 Monument was represented by Tai Cohen with Cushman Wakefield in the transaction, according to a news release, while the buyer represented itself.

Originally purchased in 2016, Park West Apartments is on a 20-acre parcel, and is comprised of 359 units featuring 305 one- and two- bedroom garden style residences and 54 two-bedroom townhomes. Located at 357 Hillandale Road, the property is near the Cherrydale Point shopping district.

“Park West was an ideal acquisition which realized a significant IRR for our investors,” Erin Knight, president of Monument Capital Management, said in the release. “Our overall improvements to the property made it a win/win for residents and the community as a whole as well.”

“Our approach is to maximize value for both our investors and the residents of our communities,” Stuart Zook, Monument’s chief investment officer, said in the release. “Park West is an excellent example of our unique approach to workforce housing.”

Monument, which recently announced the launch of Fund V, has acquired almost $1 billion of real estate assets across 14 states through opportunity funds and joint ventures, the release said.