If you are a student, graduate, employee or fan of Clemson University, you’ve no doubt heard the phrase “Clemson family.” For a group of developers and investors, that family feeling is what spurred a new project called Lakeside Lodge Clemson.

Lakeside Lodge Clemson is a $30 million to $35 million condominium project on Lake Hartwell in Oconee County that will feature 116 residences with a mix of studio, two-bedroom and three-bedroom condos. Amenities will include a lobby bar with food service, a pool and hot tub, walking paths, fire pit, meeting space and fitness facilities, according to a news release. 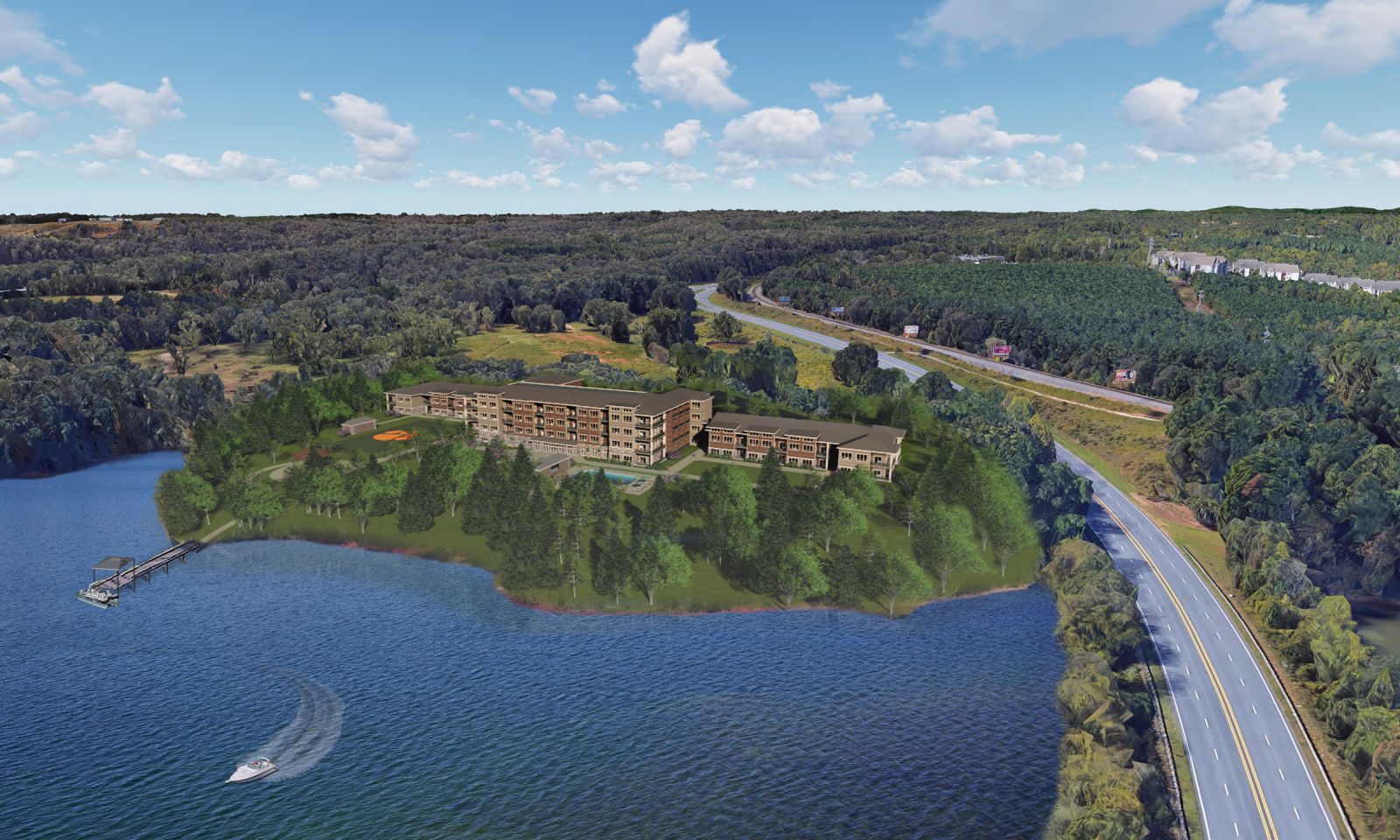 The family and pet-friendly resort will feature an outdoor gathering place for tailgating on game day, and modified hotel services such as housekeeping and maintenance so owners can enjoy time at their lake homes “without the hassles and upkeep of owning a house,” the release said.

Condo owners will have the option of generating income while they are away, by utilizing the resort’s professionally managed short-term rental program to lease their units for the night, weekend or week at a time.

Construction is expected to start early spring 2018, with completion targeted for fall 2019, said Leighton Cubbage of Allie Capital LLC. Cubbage is part of a local team developing Lakeside Lodge Clemson. In addition to Cubbage, the team consists of Allie Capital partner Steve Mudge, along with Southern Resort Group and Sundog Development Co. The same team is behind three other real estate projects, including the Residences at Biltmore in Asheville, which is a similar condo resort project, and two residential developments — Falls at Meehan in Pendleton and Creekside Village in Weaverville, N.C. 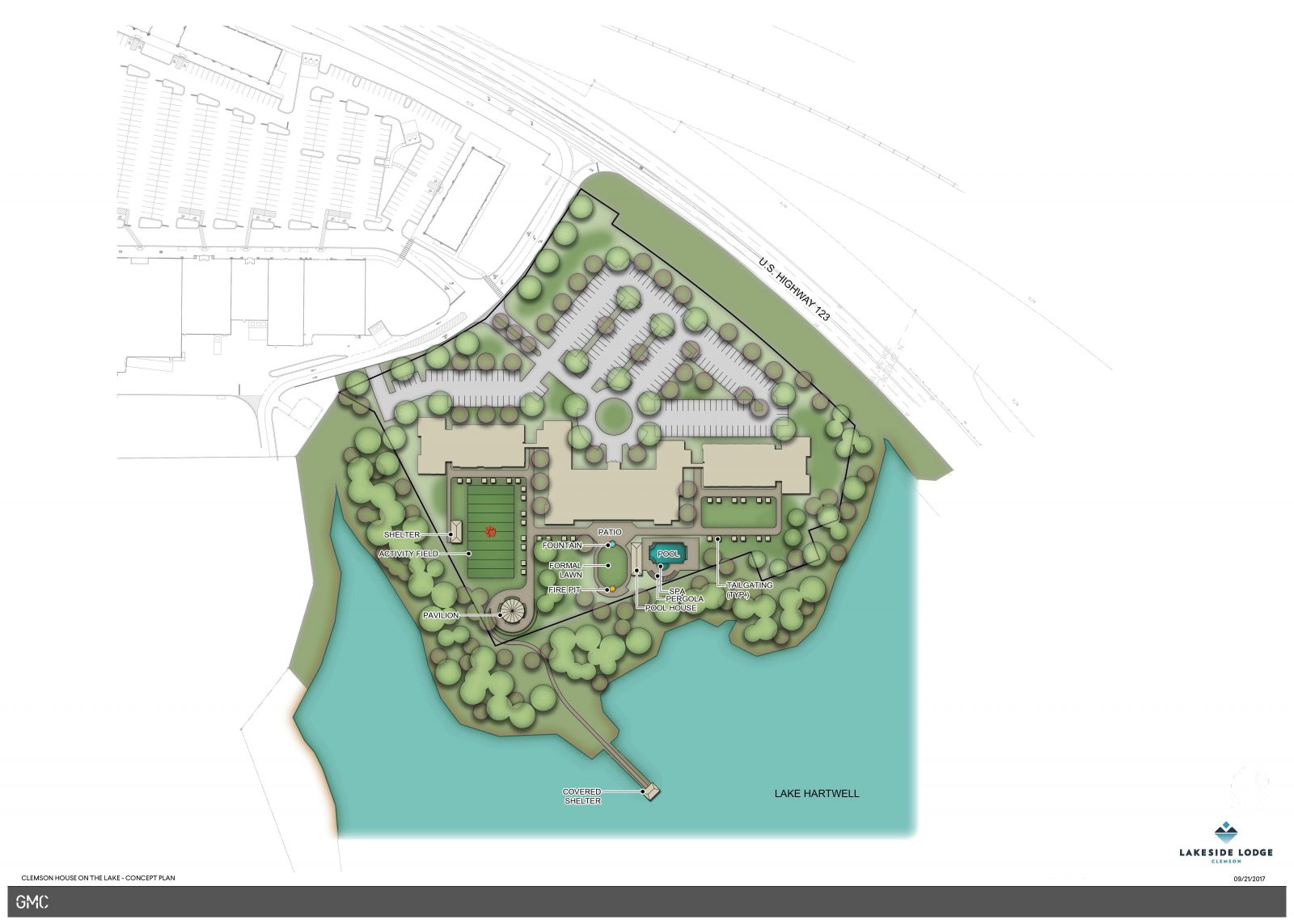 “We see Lakeside Lodge as the best of both worlds. Owners can enjoy being in Clemson on game day or any other day of the year,” Cubbage said. “And when they aren’t using their condo, we can rent it for them, so they have the opportunity to generate income.”

Indicative of the Clemson family experience bringing folks back to the area, the developers have assembled a group of about 30 lead investors, the majority of whom are Upstate business leaders with ties to Clemson University.

The investor group also includes Steve Navarro, president and CEO of the Furman Co., and devout Clemson fans Jim Riggs, who played for Danny Ford in the 1980s and went on to co-found Hot Springs Pool and Spas in Greenville.

“When Leighton and Steve told me about the idea of Lakeside Lodge Clemson, I knew from the beginning that I wanted to be a part of it, not only as an owner of a unit so that I can enjoy my time in Clemson and on the lake, but as an investor to help bring this idea to life,” Erwin said.  “The development team is proven and the demand for a higher end resort in Clemson is there.  Plus, this group of investors may be diverse in our backgrounds, but we are collectively passionate about Clemson and making Lakeside Lodge a success.”

Cubbage said people who have experienced Clemson tend to want to come back, just as he has.

“It is so fun to be involved in this, and being able to come back and do something like this. I wouldn’t take anything for my Clemson experience and the relationships developed there,” he said.

Former Clemson quarterback Tajh Boyd is managing sales for Lakeside Lodge Clemson. He believes the people of Clemson have been waiting for something like this.

“It’s really been taking off,” Boyd said. “For the first few days I couldn’t sleep with all the calls coming in.

“You hear the phrase ‘Clemson family’ a lot, and that’s what this is about. This is a community itself. It is going to be a special place,” Boyd said. “I’m new in the industry, and the people associated with this are doing something right, and I’m honored to be a part of it.”

Reservations for units are being accepted now with a refundable deposit. The sales office, currently under construction in Tiger Plaza on U.S. Highway 123, is scheduled to open before unit sales start late this year.