Stewart and Martha Spinks were named Individual Philanthropists of the Year on National Philanthropy Day by the Piedmont chapter of the Association of Fundraising Professionals.

Stewart Spinks is the founder of Spinx Co. They were honored Nov. 15 at an annual chapter event at Embassy Suites by Hilton Greenville Golf Resort & Conference Center. 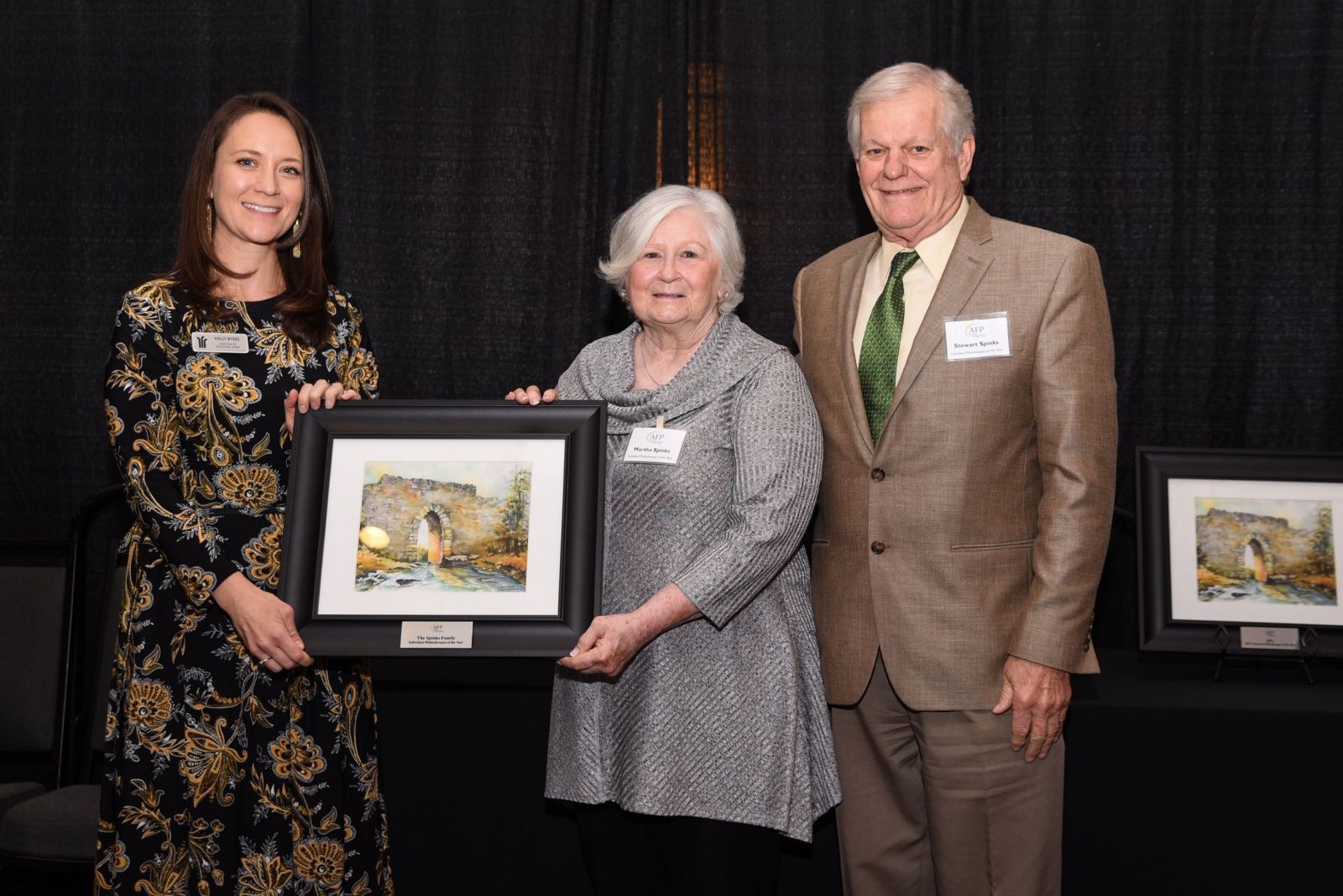 The association is dedicated to generating philanthropic support for a wide variety of charitable institutions, according to a news release.

“We are so honored to accept the award for Individual Philanthropist of the Year,” Stewart Spinks said in the news release. “Being a good neighbor and supporting the communities that help support us is extremely important to my family and the Spinx Co.”

Stewart Spinks is involved in a variety of philanthropic organizations including the American Cancer Society, Favor Greenville, March of Dimes and others.  He also founded his own charitable organization, The Spinks Family Foundation, which focuses on growing healthy kids by partnering with programs that focus on improving health, education, wellness and moral growth for the children of South Carolina, according to the news release.

The Spinx Co. was founded in 1972 and operates 82 convenience stores throughout the state with about 1,400 employees.