It takes years to hone your skills for networking; it takes practice and persistence. I began networking at an early age — I like to think in high school.

Raised in the rural town of Union, I knew I could not rely on opportunities to present themselves; I would have to bring them to me.  I began to seek out ways to gain exposure as a young man. 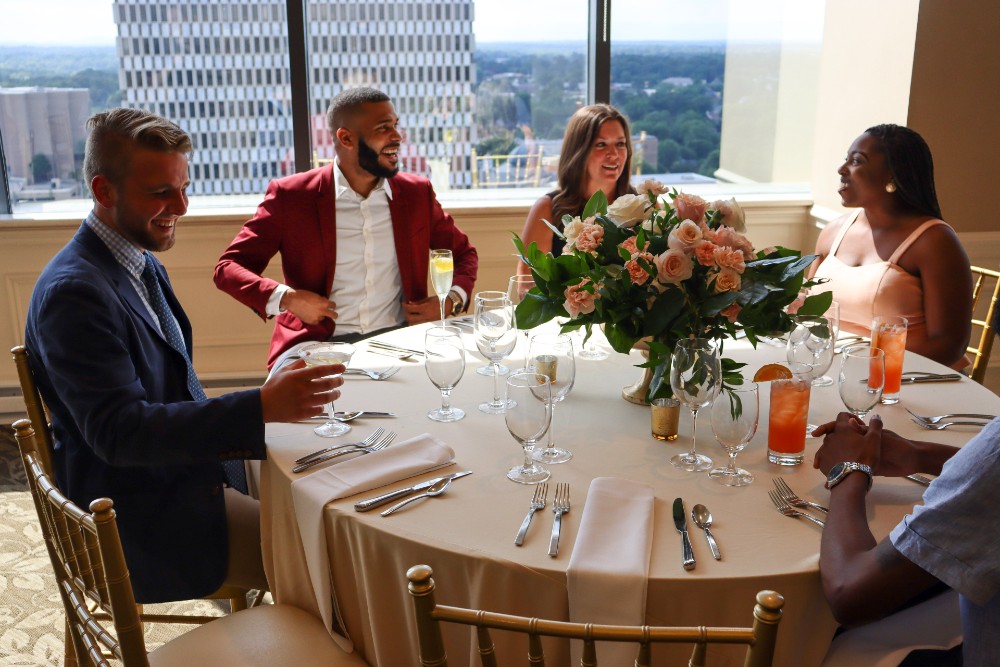 My first introduction to real networking at a professional level was Palmetto Boys State. This program is designed to highlight natural leaders and exposes them to the inner workings of government. It was here that I realized the power of a good connection.

After that experience, I felt poised to handle my own recruitment for a football scholarship, navigating a tight system and showing up again and again. This was a successful endeavor that led to my attending the prestigious Saint Augustine’s University in Raleigh, N.C., where I obtained my Bachelor of Science in Biochemistry with my eyes set on becoming a dentist.

Following university, I had multiple opportunities to pursue a dental career, but I felt called to explore other fields. I took a corporate job as a pharmaceutical chemist, and while getting acclimated to corporate life I began joining networking organizations.

In 2017, my network allowed me access into a global position with the American Society of Quality.  I was asked to serve as assistant chairman for the 2017 ASQ World Conference for Quality and Continuous Improvement, in which my team set a new standard of excellence.

Following the conference, ASQ then recruited me as deputy chair for the next generation of quality professionals under the Quality Management Division. This position allowed me to travel the world, and gave me the opportunity to speak in Canada and India.

By building my networking empire, I was offered my first sales role as chief sales officer for Xstream Leadership Group, an executive development firm. Through exposure to top managers and successful C-suite executives, I learned the ins and outs of entrepreneurship and gained the confidence to launch my first business, a small business consulting firm called Creation and Innovation Studios. 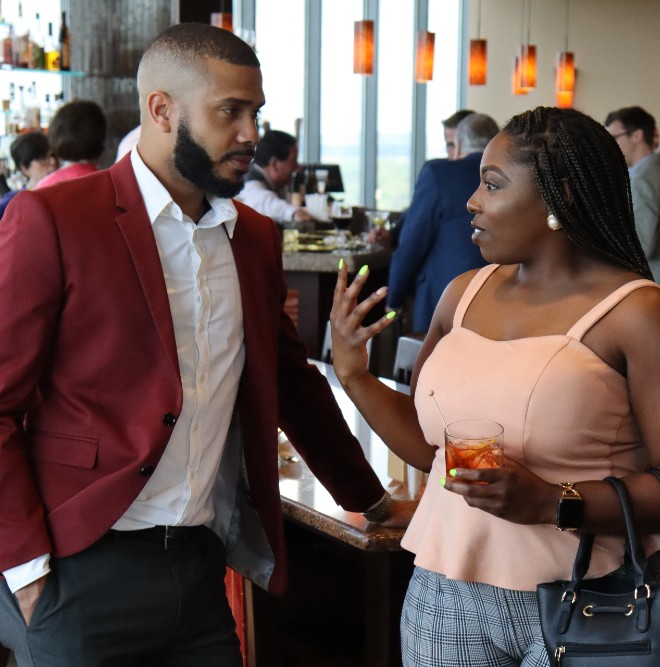 Creation and Innovation Studios then helped me open my first brick- and-mortar endeavor, an alteration and tailoring shop called Ester’s Alterations, named after my great-grandmother, Ester. The business has now been going strong for five years, with my grandmother Joyce working alongside me. Over the last several years, I have also had the opportunity to network with real estate professionals, which opened the door for me to become a real estate agent myself and top producer in my brokerage.

In 2019, I decided to join the Commerce Club, a private business and social club founded over 35 years ago to serve as a home away from home for the greater Greenville leadership community. After joining, I immediately understood the value the club offered.

Five tips from an expert in networking

Body language is key to a great first impression. It’s a nonverbal form of communication, so be sure to display a positive and professional demeanor.

Always be courteous. Treat and speak to everyone like they are the CEO of a Fortune 500 company.

Set a goal when networking, a certain number of contacts, a particular industry you want to engage with, etc. Make those connections and then and follow up with them.

Invite those with whom you interact to lunch, an event, social outing, etc. Once you show genuine interest in others, it helps them to trust you and reciprocate the authenticity.

Provide value before you ask for value. For example, ask, “How can I help you with a goal you are working toward?” Most successful business professionals are often the ones helping, so it’s refreshing when someone offers to help them.

As a business and social club, I’m often asked how frequently networking opportunities are available. The simple answer is — every day! You never know who may be sitting at the bar, who is sitting next to you at book club, or who’s closing business deals in our private “touchdown” rooms.

Another common question refers to what the membership looks like. Our club’s median age is 45, compared to when we reopened in March when it was 63. Our club cherishes our legacy members, as they provide great value to our Young Executives. As an “Expert Networker” and director of membership, I truly believe in business facilitation and relationship building. I often connect members to other members just to help them grow their network. The atmosphere designed to promote networking is one of the many reasons there is no place like the Commerce Club. You belong here!

This content first appeared in the GSA Business Report Book of Experts.