Competition for skilled IT workers increases 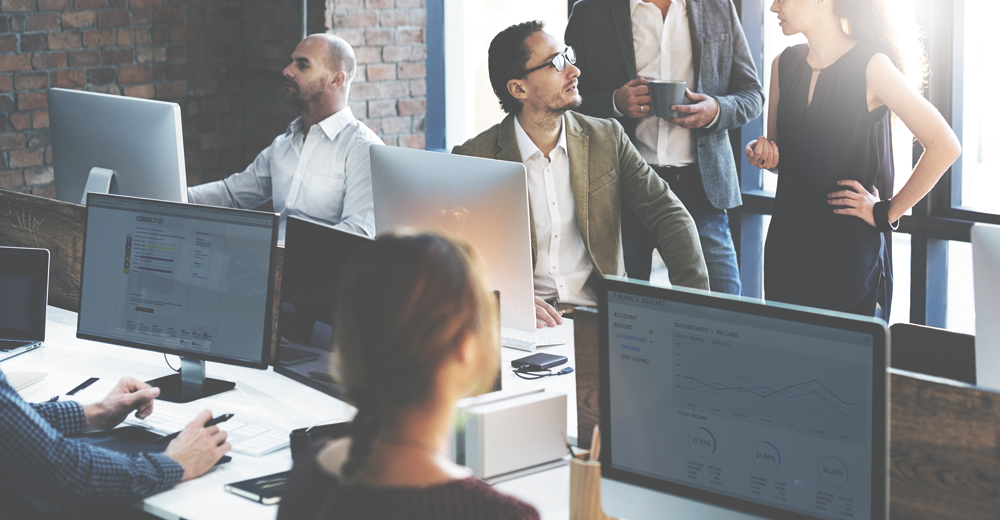 South Carolina’s growing IT sector is struggling to find enough skilled workers as competition for talent intensifies with other markets.

The state’s tech sector is growing at 9% annually, but IT companies cannot find enough workers with the needed experience or skills to fill open positions, according to findings from CompTIA and IT-oLogy’s report The State of IT in South Carolina.

IT-oLogy President Tammy Mainwaring said the group spoke with company executives across the state last year to learn about the workforce challenges they face. Companies reported problems finding enough qualified IT talent to fill openings, forcing IT firms to recruit from out of state or overseas. Many said it is challenging to find employees with both the desired IT qualifications and the soft skills, such as the ability to deal with customers and solve problems.

Mainwaring said the industry also struggles with diversity, as minorities — particularly women, blacks and Hispanics — are underrepresented. She said IT-oLogy is working to interest students in the IT workforce at a younger age by holding coding camps, career fairs, field trips and cyber competitions.

Several company executives said preparing students to enter the workforce in the future will help somewhat, but it does not guarantee those graduates will stay in the state and work at S.C.-based IT companies. 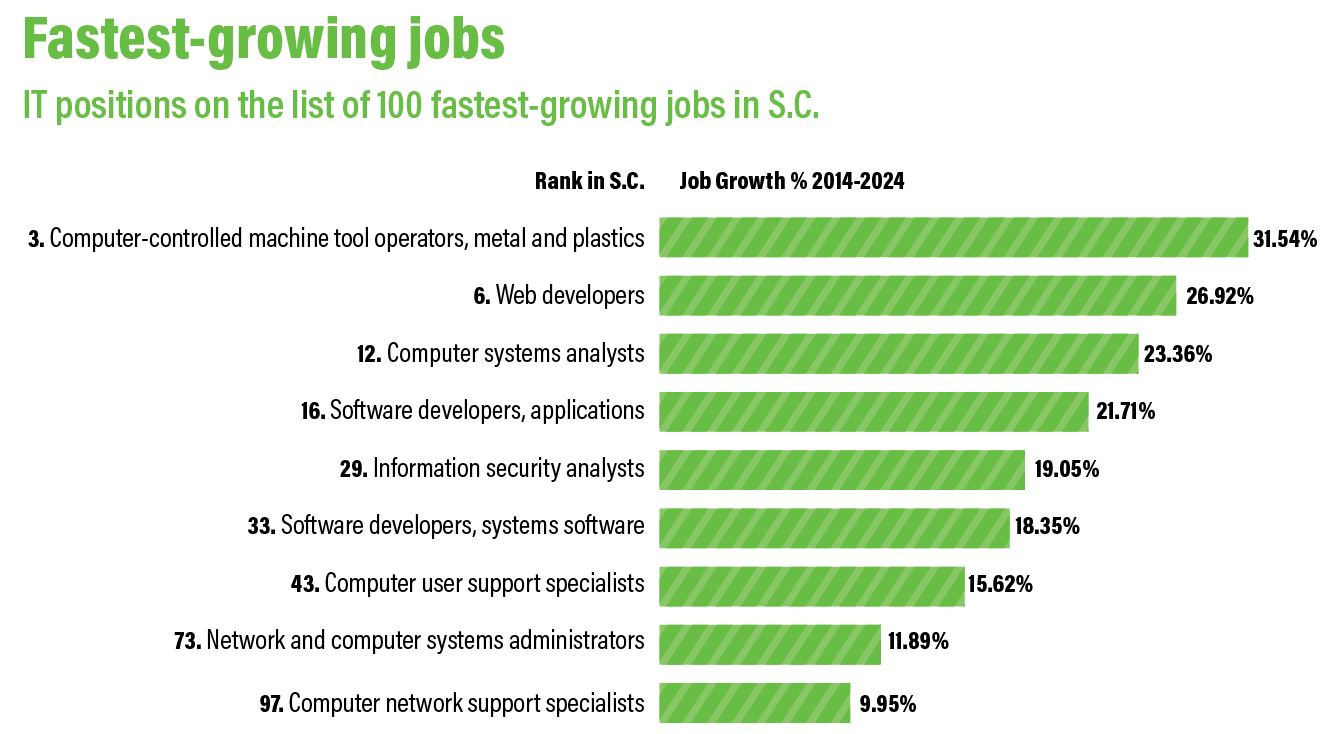 “Those resources just don’t stay in the Upstate,” Hester said. “They go to Silicon Valley. They go to D.C. or Atlanta or Charlotte. We have a lot of competition out of the Atlanta and Charlotte markets.”

The 74-employee firm provides cloud services to its partners. The firm typically hires IT support and engineers, and it often trains new hires internally.

Hester noted that, once hired, employees enjoy the city and the company culture; the problem lies in getting enough new graduates or skilled IT professionals to envision a career in Greenville. The appeal of larger cities — and the higher salaries typically offered there — often entice workers to larger markets, despite the higher cost of living.

“The core issue we’re faced with is keeping that talent in the Upstate versus having them leave for the bigger markets. ... It’s been our experience that those types of candidates don’t stay in the Greenville area,” Hester said. 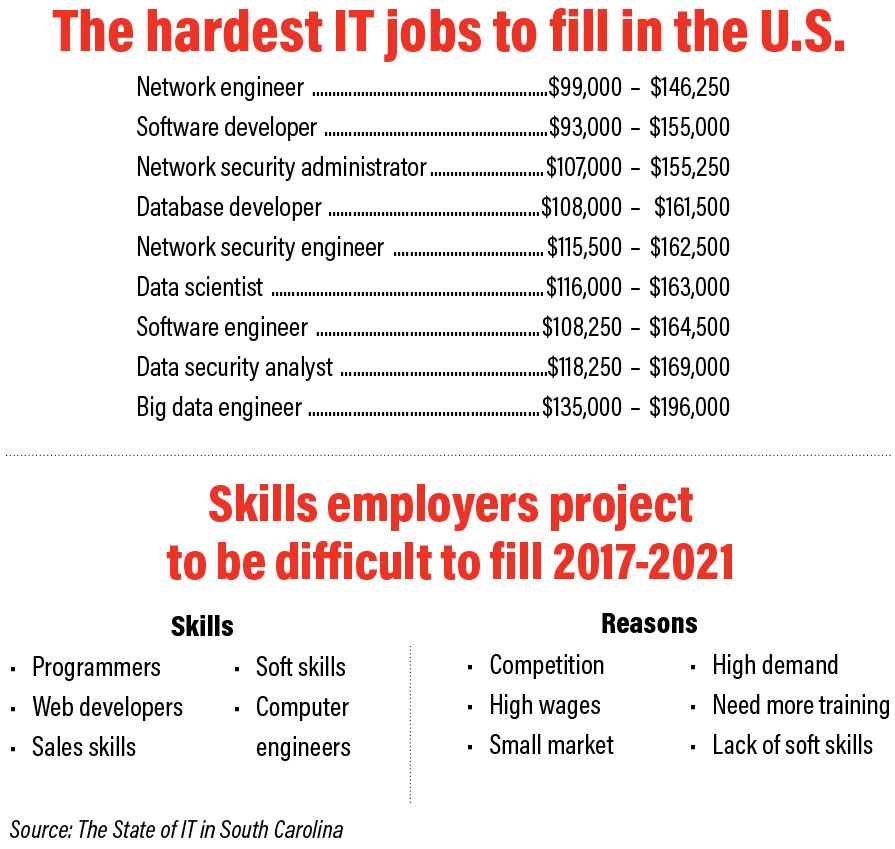 Hester said he wants to see focused efforts on marketing Greenville as an ideal place to build a career and life, beyond being touted as a tourism destination.

Immedion founder and CEO Frank Mobley said his firm, a Greenville-based data center and IT services provider with 81 employees, also deals with the out-of-market competition for skilled IT workers. He said his company will often hire people who do not have the desired level of experience and then invest to train them internally.

“It’s very competitive to find people with the right skill set and the right amount of experience,” Mobley said. “And when you get them, you really have to fight to keep them, because someone else will come fishing in your pond shortly thereafter, especially if they’re good.”

Mobley said he finds it particularly difficult to find IT workers with the required technical certifications, such as in Cisco and Microsoft, who can also work well with customers and have adequate experience.

“We need hands-on, real-life experience,” Mobley said. “We bring entry-level tech people in after graduation, train them and try to hang on to them. ... The biggest need we have is to hire people with the ability to troubleshoot and solve problems.”

John Harvey, ScanSource’s vice president of worldwide human resources, said the challenge to find qualified candidates depends on the job itself. He did not elaborate on which jobs are hardest to fill. 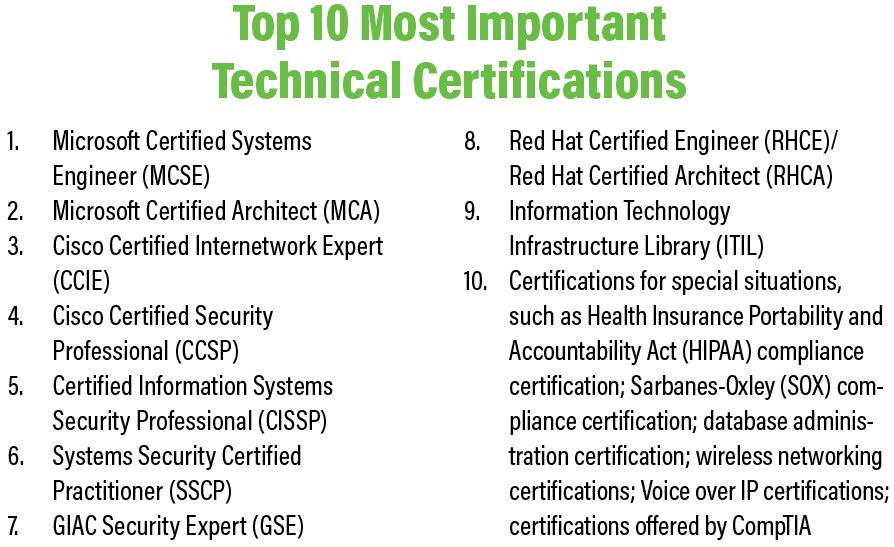 The Greenville-based company has a 10-week internship program in the summer “to maintain a steady talent pipeline to source our hiring needs throughout the year,” Harvey said.

He said promoting science, technology, engineering, math and information technology courses to students throughout their education will help bring more people to the career field. He said that schools are responsible for finding out employers’ needs and that employers must build relationships with schools to inform graduates of employment opportunities.

“As technology continues to evolve rapidly, the skills needed to support this evolution also change, and we need to make sure we are finding the candidates who are well-versed in the programs and technologies needed to fulfill these responsibilities,” Harvey said.

“To increase our pool of candidates, ScanSource has partnered with universities in South Carolina that have an emphasis on the areas of focus that best meet our job openings.”

I don't want to saaaaaaaaaaaaay these companies are lying, but their Careers pages don't show the same "need" that they claim to have. For example, Immedion only has one open IT position for a "NOC Support Associate- Part Time" that only requires a couple certs and a high school diploma. ScanSource has 3 or 4 IT positions, but they all require 5 years experience in the incredibly specific fields. Greencould doesn't have ANY job listings for IT professionals. They are only hiring a single account manager. Plenty of qualified people are being laid off from Windstream Communications every two months (at least), and many struggle to find work. These companies sound really hypocritical to be saying they can't find workers when they have no openings that need to be filled.