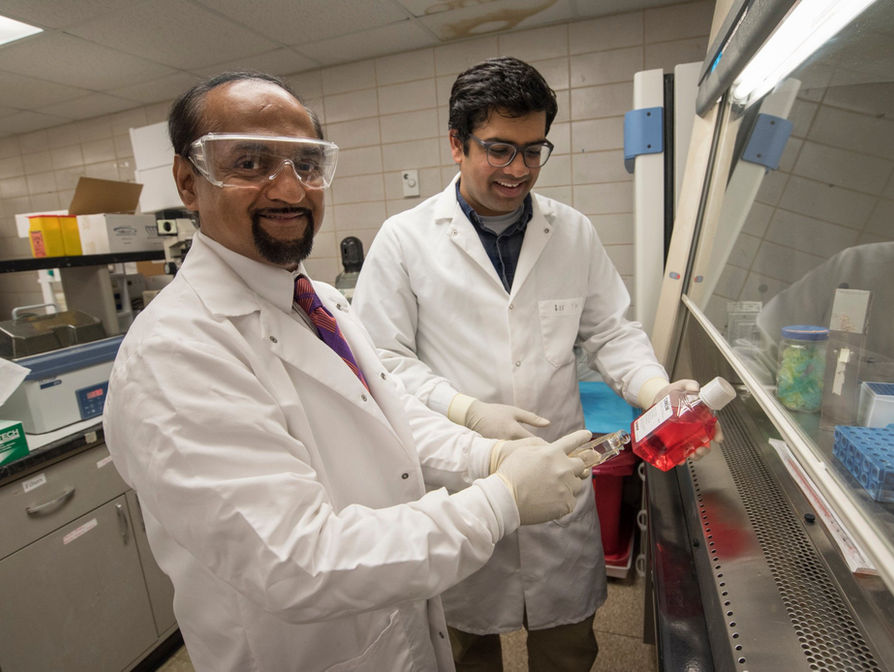 An $10 million funding round will help a Simpsonville biotech company advance the development of a therapy that it says can make damaged tissue supple again.

Elastrin Therapeutics, a spin-off company based on 20 years of research at Clemson University, restores hardened or damaged arteries and tissues by targeting the elastic fiber in the tissue and removing the calcification that causes stiffening. The therapy can be used to treat calcified heart valves, diabetes and COPD, according to a news release.

“Our development will save lives and that is most gratifying,” Naren Vyavahare, co-founder of Elastrin, said in the news release. “Our trusted partners, which include SCRA and SC Launch Inc., are helping us advance our work at a faster pace. This mean helping more patients, sooner, who are suffering from cardiovascular disease.”

“We´re excited to lead the round for Elastrin,” Frank Schueler, managing director of Kizoo Technology Capital, said in the release. “We have been impressed by what the small team accomplished in a short period of time, and we look forward to seeing the company grow and help millions of people. Their technology is truly groundbreaking by not only delaying age-related disease but also reversing them.”

SCRA adopted Elastrin as a portfolio company in 2022 after the startup’s fifth year as a member. The company also received a $50,000 grant during SCRA’s pandemic funding round for startups that provided COVID-19 solutions.

“Elastrin Therapeutics is an excellent result of an original interaction we had with Dr. Vyavahare who was conducting academic research at Clemson, while answering the call to a broadscale industry need,” SCRA Investment Manager Steve Johnson said in the release. “The company was founded in 2018 with a proprietary monoclonal antibody for the treatment of vascular calcification and now has a full-time CEO managing it day-to-day. This is exciting because the technology has a variety of application opportunities in several markets.”

The company also announced the formation of its scientific advisory board, comprised of industry and university experts in cardiovascular research and clinical development.

“We continue to be amazed by the work of the Elastrin team,” Bob Quinn, executive director of SCRA, said in the release. “They are doing phenomenal work to improve health care treatments and they are helping to lead us into the next chapter of health innovation. We are honored to be on this journey with them.”