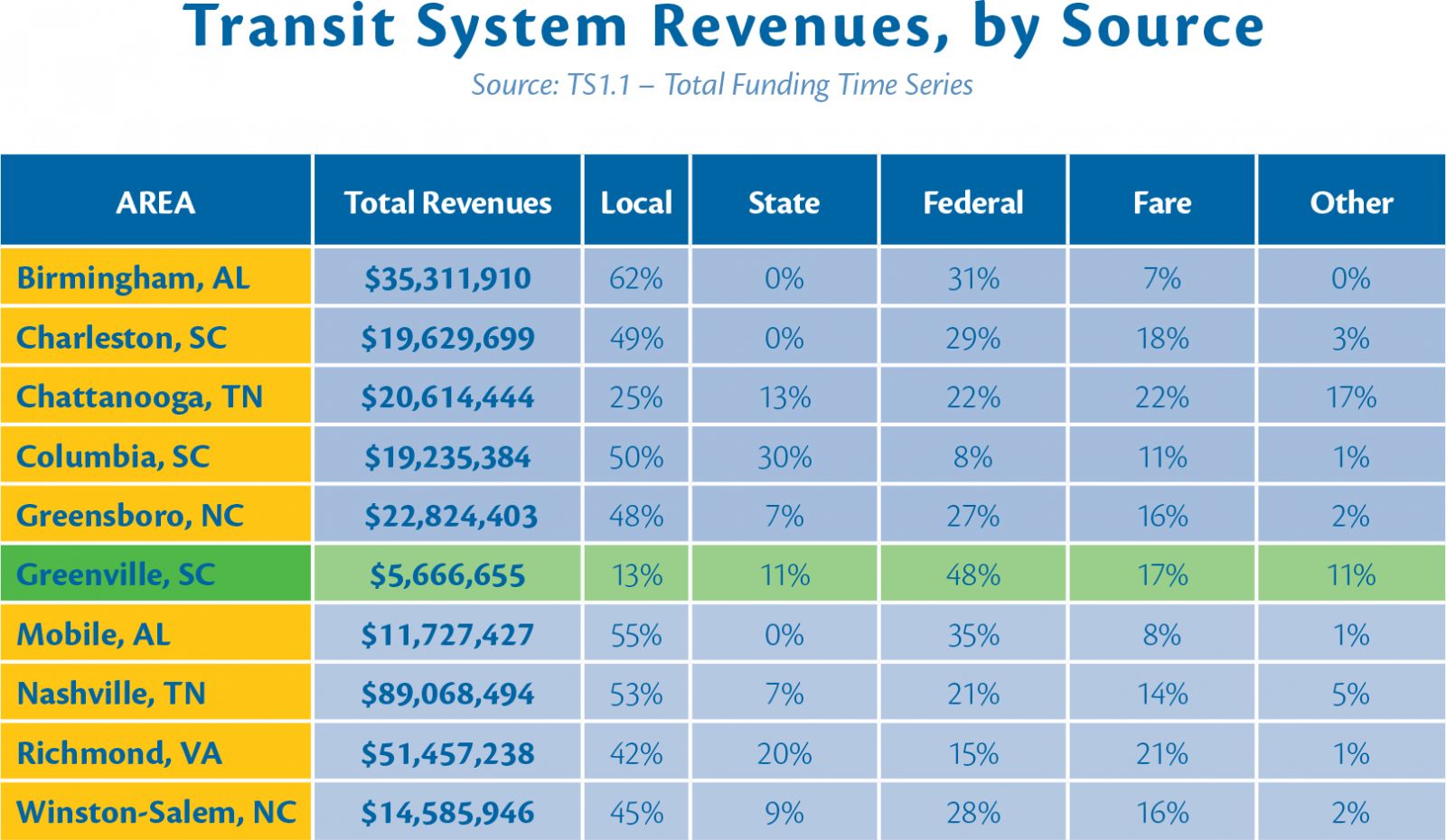 Per person, the city of Greenville and Greenville County contributed over $14 less to Greenlink, the public transit system for the area, than the nearest similar community.

In a study of Greenlink operations, the Piedmont Health Foundation found that the city and county combined contributed $3.76 per person to Greenlink, or 13% of the transit system’s revenue budget in 2015. Of the 10 similar communities used to compare with Greenlink, Charleston had the second-lowest per capita local fund contribution at $17.79. The remaining eight services had local government contributions over $28 per person — including Columbia which averaged $38.16 per capita in local funds. 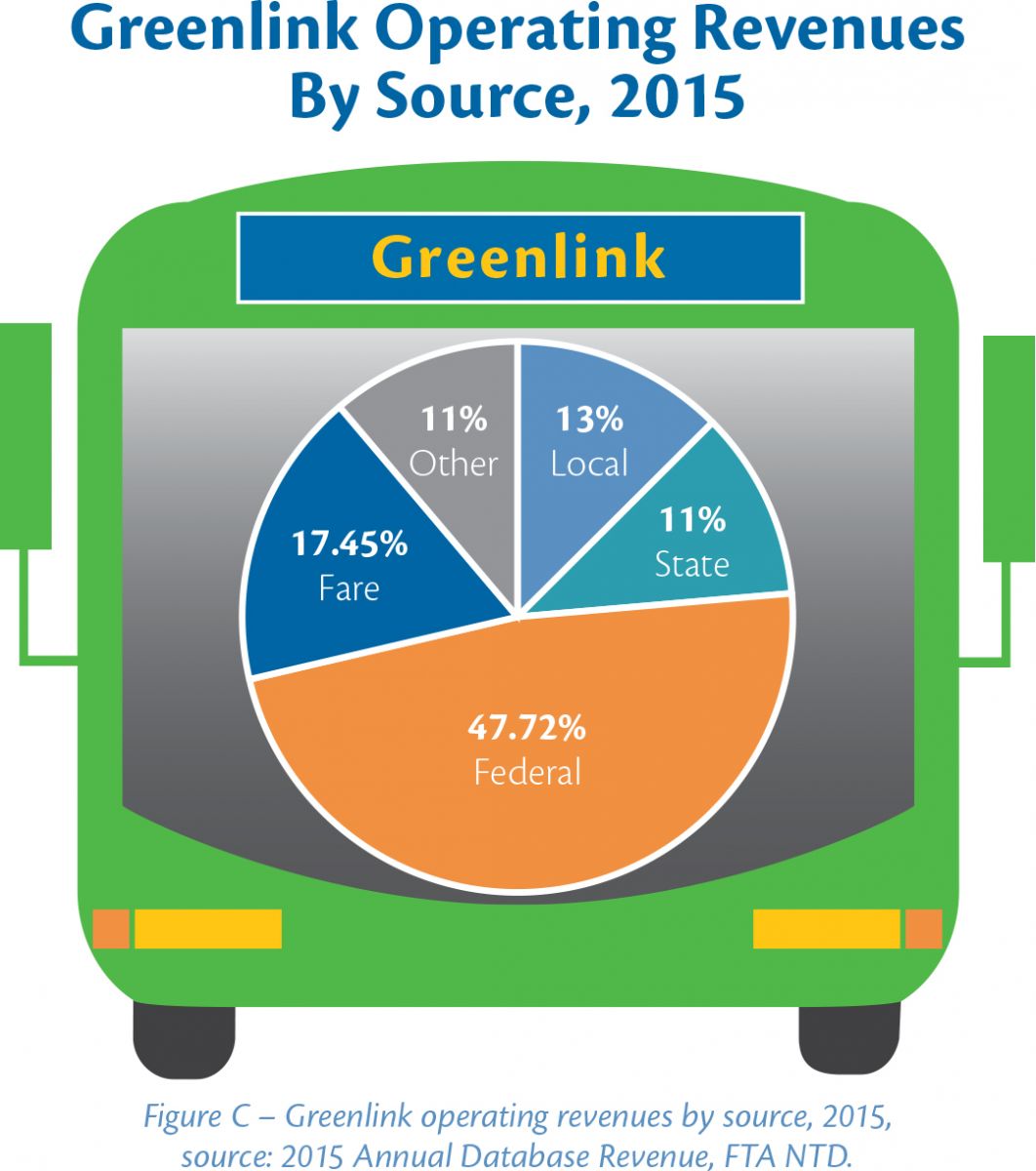 Because of the reduced local funds, the study found that Greenlink relies heavily on federal funding, to the tune of 48% of its total revenue. That federal funding is meant for bus maintenance and replacement but is being redirected to cover shortfalls in operational funding, according to the study.

“This means that the aging fleet is in poor shape, which means buses break down, which means that service can be delayed for passengers,” said Katy Smith, executive director of the Piedmont Health Foundation. 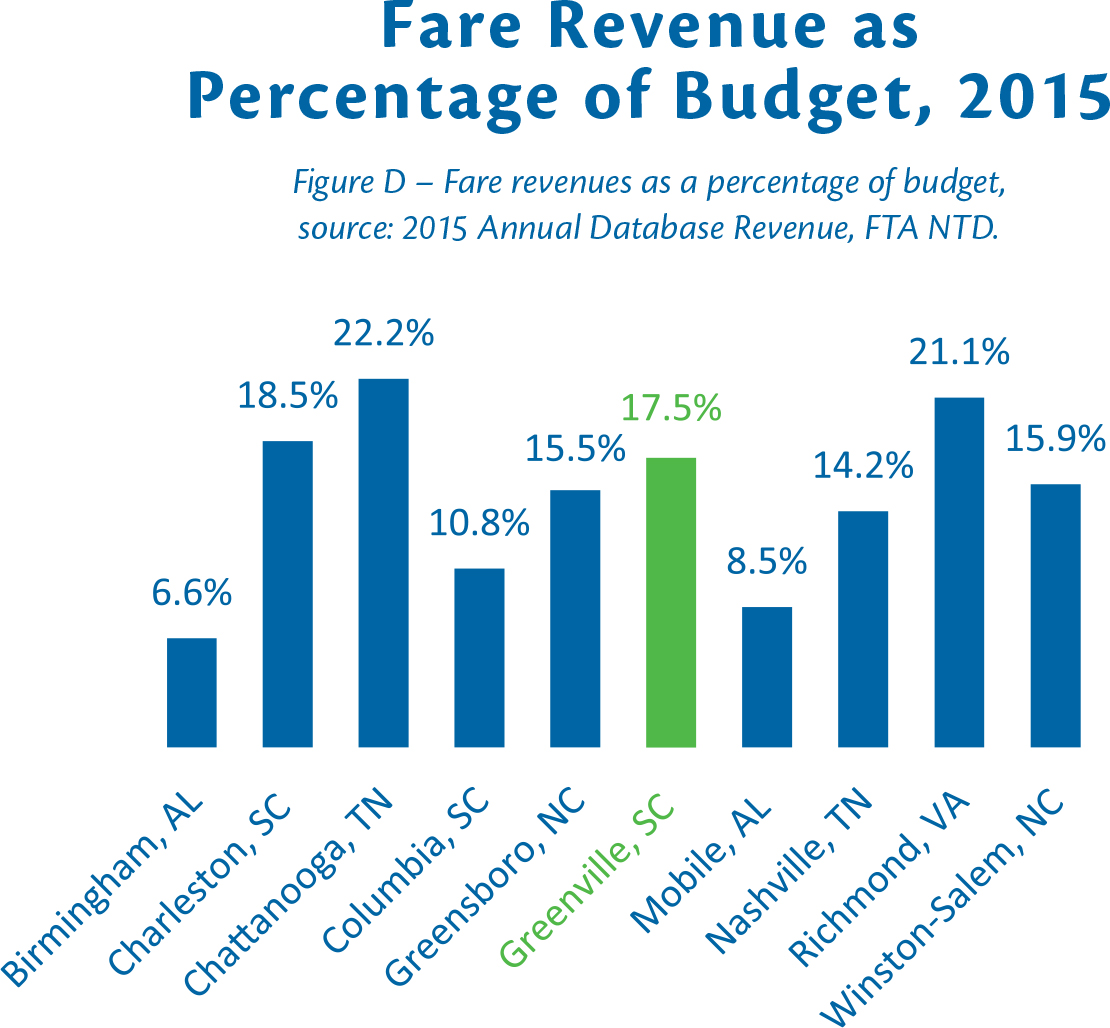 Greenlink is in the middle of an operations analysis to seek out ways to improve the system and increase ridership. The Piedmont Health Foundation, city of Greenville and Greenville County are working on the comprehensive analysis with Greenlink.

“Supporting public transit should be viewed as an investment,” Shepard said, in a news release announcing the findings. “The impacts of local funding are creating positive effects on the local economy, economic development, overall mobility, and quality of life in the region.”