The lane closures and detours related to the 85/385 Gateway Project might slow down motorists along each interstate, but they don’t seem to be affecting the businesses just off the highways on Woodruff Road.

Tytiauna Jones, manager at Charming Charlie at the Shops at Greenridge, said any traffic issues affecting the women’s accessories shop are from Woodruff Road, not the work on the interstate. 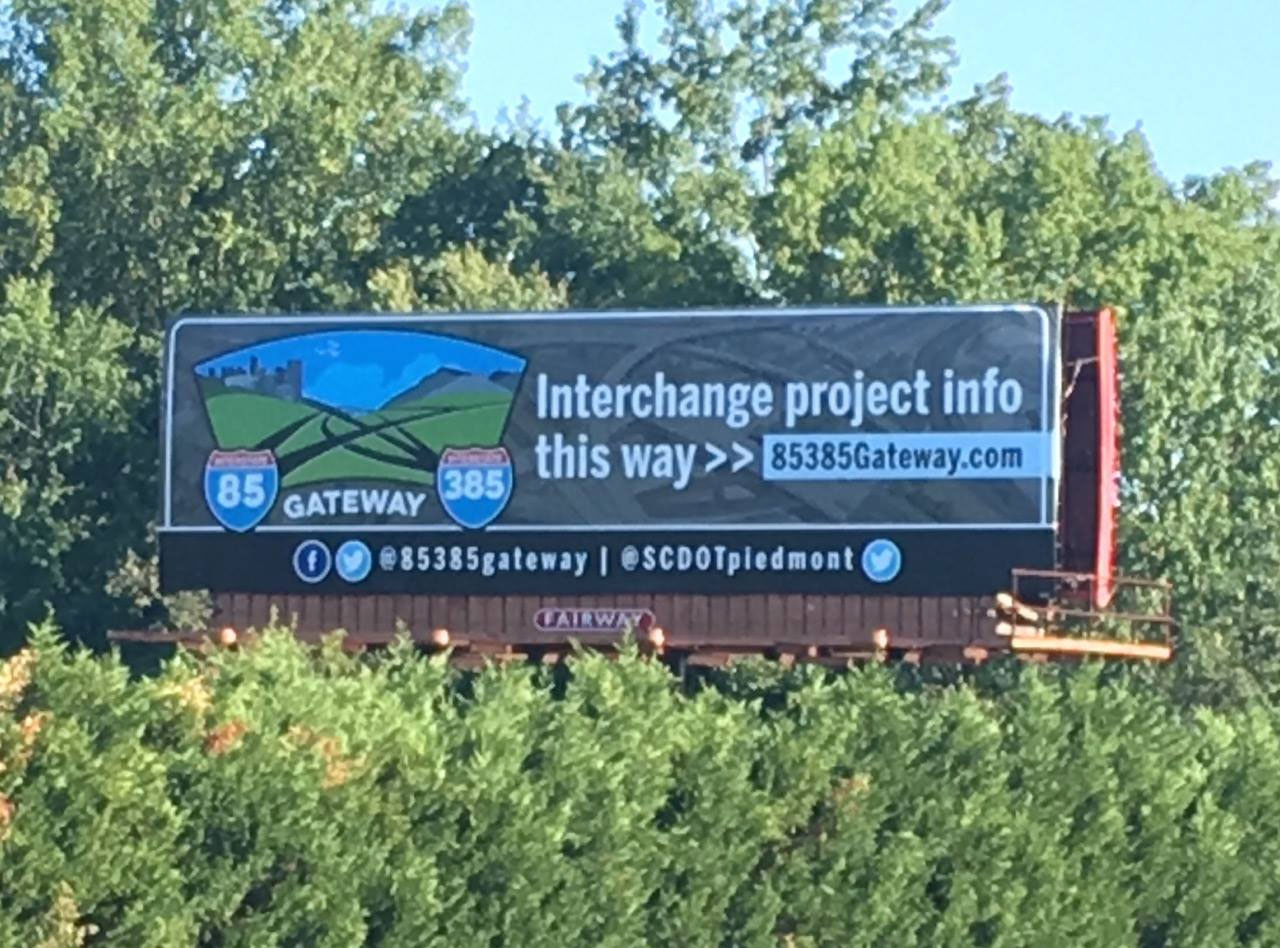 “We don’t have much of a gateway problem as it is a Woodruff Road problem,” she said. “There are a lot of businesses out here and that brings a lot of people.”

Donna Riggins, one of the owners of Mr. Knickerbockers, also at the Shops at Greenridge, said she hasn’t heard any complaints about the gateway work, and “really, the only thing I’ve seen as a result of the work is on a recent windy day I thought there was a fire nearby, but it turned out to be dust blowing from the grading work,” she said.

It’s been about a year and a half since ground was broken for the 85/385 Gateway Project, and there is at least that much time left to go before completion. The project began as the second largest project for S.C. Department of Transportation, at $231 million, behind the Cooper River Bridge Replacement Project at $675.2 million, according to S.C. DOT. However, the road work on Interstate 85 between mile markers 77 and 98 now is the second largest S.C. DOT project at $485 million.

The S.C. Department of Transportation recently outlined the progress of the project in a second quarter report. Highlights include the reopening of I-385 Woodruff Road ramps and alignment of Chrome Road, major bridge construction work at the intersection of I-85 and I-385 and pipe installation along both interstates.

The project is expected to be finished in May 2019, weather permitting, said Kimberly Bishop, resident construction engineer for S.C. DOT. Various lane closures and detours will occur throughout the duration of the project..

Flatiron-Zachry Joint Venture, S.C. DOT’s contractor, said major bridge construction work at the intersection of I-85 and I-385 will continue into the fall, allowing for the opening of three more bridges. Work also will include the opening of a new ramp from I-385 northbound to I-85 northbound, the opening of new collector-distributor lanes and construction on I-385 southbound under Woodruff Road.

For concerns about Woodruff Road, please be sure to take the survey at www.fixwoodruffroad.com That's the public information portal for the SCDOT/GPATS/City of Greenville project coming up in the next few years to improve Woodruff and possibly build a parallel road.