Frontier Airlines made its first flight into Greenville-Spartanburg International Airport on Sept. 8, greeted with a salute from the airport’s water cannons. 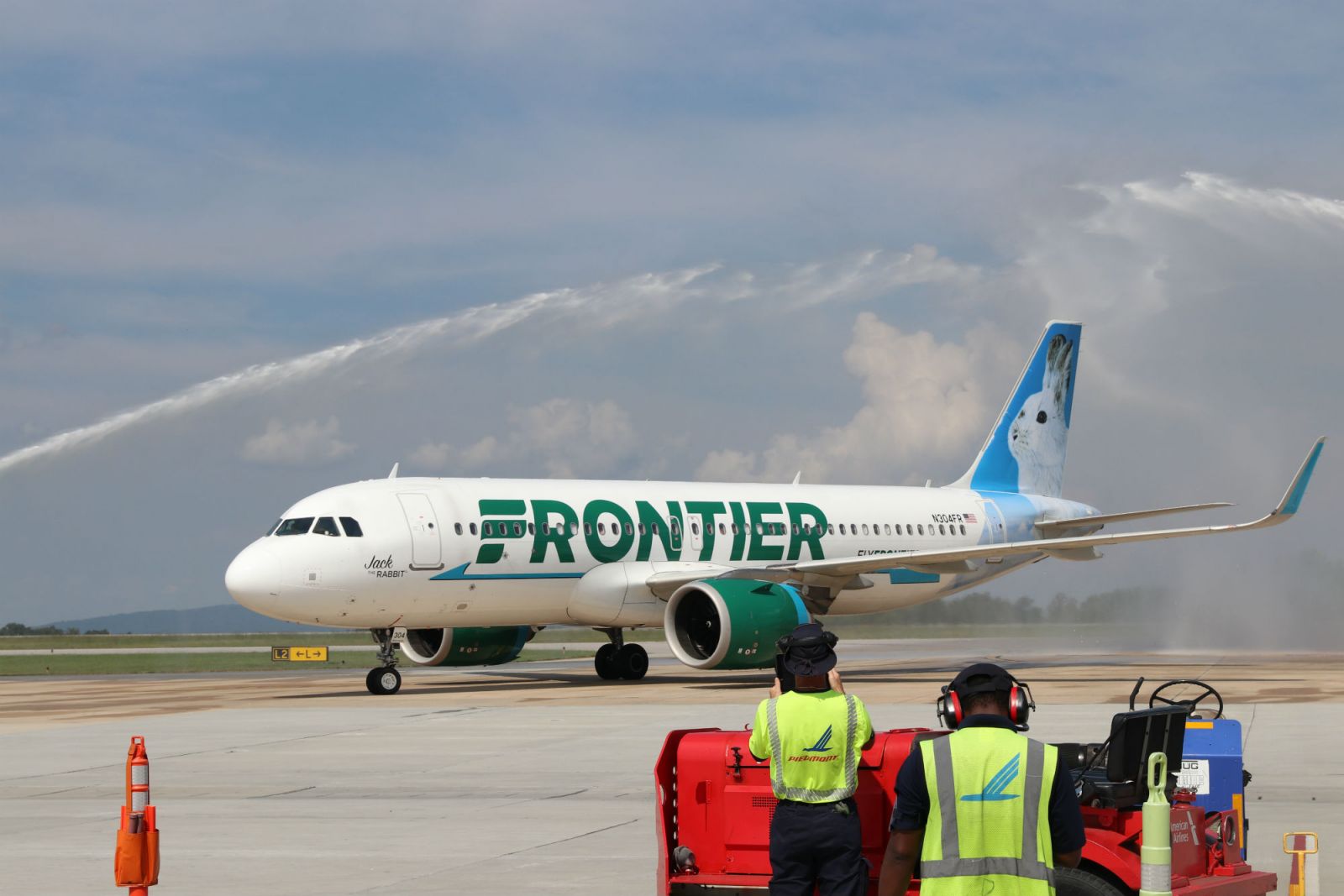 Frontier began nonstop service to Denver; Orlando, Fla.; and Las Vegas. The airline will add nonstop flights to Tampa, Fla., in November and double the weekly flights to Orlando, according to a news release.

Frontier is the sixth airline at GSP and is the only one offering nonstop service to those cities from the Upstate.

“We are pleased to welcome a new low-cost airline and service to four destinations, including our first nonstop service to Denver,” Dave Edwards, GSP’s president and CEO said in the news release. “This is another great opportunity for people traveling to and from the Upstate, and it’s only possible because of the community’s support.”