Hurricane Florence may have put a damper on the 2018 World Equestrian Games, even canceling some of the events, but the horses and people who were there still had to travel to and from Mill Spring, N.C., and many of them passed through Greenville-Spartanburg International Airport.

The impact of the games and the addition of a new passenger airline are getting credit for the busiest September in the history of the airport for passengers and cargo. 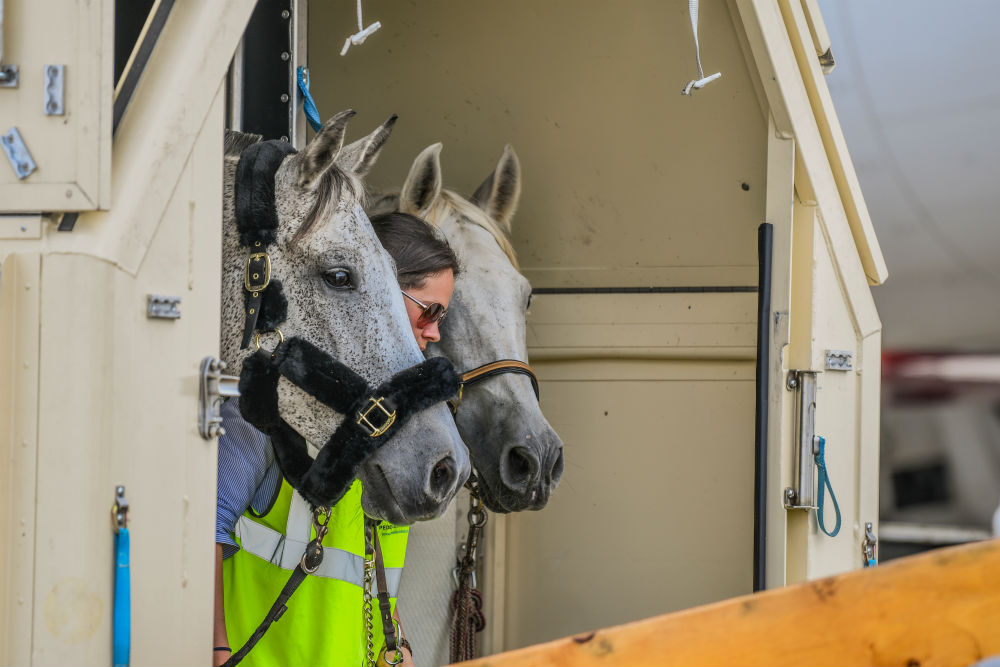 Both categories had double-digit increases during September 2018 when compared to September 2017, according to Dave Edwards, president and CEO of GSP. Passenger activity at GSP was up 10.8% in September with 194,298 passengers. It marked 12 consecutive months of increased traffic.

“September was definitely a special month for GSP,” Edwards said in a news release. “We welcomed our sixth airline for passengers and we supported the World Equestrian Games. Those events definitely highlighted how we are growing and able to meet demand.”

Cargo activity increased by 13.1 percent compared to September 2017. More than 9.3 million pounds of freight passed through. The World Equestrian Games brought more than 550 horses from around the world through GSP. Greenville-Spartanburg Airport District’s Cerulean Aviation assisted with unloading and loading the horses in what they called the largest commercial airlift of horses in history.

In the past seven years, GSP has experienced a dramatic increase in cargo traffic by purposely setting out to cultivate it, according to Edwards. The airport broke ground in September on a new $30 million cargo facility.

The 110,000-square-foot warehouse and 13-acre cargo ramp are scheduled to open in the spring of 2019. It will accommodate three Boeing 747-800 aircraft simultaneously.

“This new facility is going to be more than a significant accomplishment for Greenville-Spartanburg International Airport,” Edwards said at a groundbreaking ceremony. “It’s going to provide much-needed support for major manufacturers and have a direct economic impact on the Upstate.”

In fiscal year 2018, Cerulean Aviation supported more than 1,200 cargo flights. GSP’s cargo numbers increased nearly 39 percent between 2016 and 2017 and the airport moved from No. 84 to No. 72 on the Federal Aviation Administration’s list ranking airport cargo data.

Some of the cargo passing through GSP consists of automobiles, automotive parts and healthcare equipment.

“Our business in the Upstate has grown and GSP has provided tremendous support in making this happen,” said Tim -Oliver Kirschbaum, CEO for Senator International, a German-based freight, shipping and logistics service. “We are looking forward to continuing work with GSP while serving our clients in the Upstate and this new facility will make operations even more efficient. When we started our Senator Atlantic Bridge (cargo flights between GSP and Germany’s Munich Airport and Frankfurt-Hahn Airport) in November 2016, we proposed that after a period of time, our flying program would increase. Today we operate up to eight flights a week, which makes an increase of apron and warehouse space necessary. We look forward to this new environment for our employees.”

Senator will have 53 staff on-site at the new cargo facility when it opens.