Feda: I-85 projects behind schedule

The I-85/385 Gateway Project in Greenville is several months behind schedule, and the I-85 widening project in Spartanburg and Cherokee counties is further behind than that, according to S.C. Deputy Secretary of Transportation Jim Feda.

A Flatiron Zachry joint venture, the $241.6 million Gateway Project was originally scheduled to be finished in April. The completion date has since been adjusted to Jan. 24, 2020, Feda said. 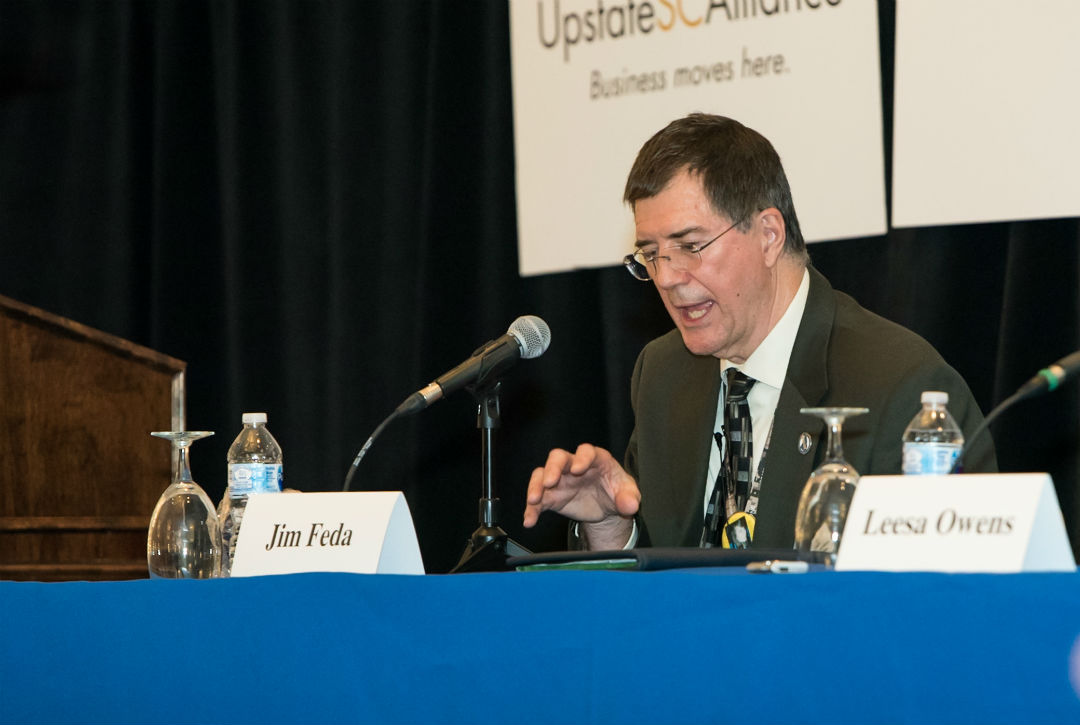 “The contractor was given 240 days' extension due to a lot of impacts beyond their control,” Feda said during a GSA Business Report Power Event Thursday. “There was a wetland permit appeal and they had to replace the bridge on 385 over Garlington Road, which was not part of the original project.”

Feda said two hurricanes — Matthew and Irma — caused delays, as did the 2017 total eclipse and a presidential visit, both stopping work for one to four days.

“There were also some traffic control changes and delays that cost them five days,” Feda said.

Looking ahead, Feda said this last year of work along I-85 and I-385 will bring more lane closures as the new system is tied into the old system.

“There are several interchange reconstructions that will go along with that,” Feda said.

The four-year project, which is about a year behind schedule, is slated to be finished in July 2021, Feda said, adding that the project is about 20% complete.

The $435.6 million I-85 Widening Project is the second most expensive S.C. Department of Transportation project, behind the Cooper River Bridge Replacement Project at $675.2 million. Feda said those numbers could be eclipsed by future work on I-26.

Should the widening project work go beyond its adjusted completion date, Feda said the contractor would be charged $15,000 per day.

Please restrict semi traffic to left lane only. No passing for tractor trailers. Speed limit for tractor trailers 50 mph. I've seen too many roll overs in the last two years because trucks are driving on the "old berm". When all the trucks line up in the left lane automobile traffic flows much more smoothly. Signs that say "trucks use left lane" doesn't mean they can't use the right lane. Tractor trailers in both lanes create just as much of a road block as the rolling lane closures and create a more dangerous situation as automobile traffic weaves from left lane to right lane. Also when highway patrol vehicles are present (manned or not) everyone behaves properly and arrives at their destination at the same time without all the brake jamming. K W (daily commuter- CLT- SPBG)

Very honest article. It is of note to mention the weather impact. You can't pour concrete or move dirt in the rain. I worked at FZJV from Summer 2016 to Spring 2018, we knew it was going into 2020 then and by watching the progress i see on my daily commute I believe it to still be true. Once finished, I do believe it will make a difference.

I just moved here from California (bay area) you got it pretty easy.

Thing could be done if 2030 and literally no one will get fined. "both stopped worked 1 to 4 days", 240 day extension. Give me a break

There has been one HELL of a lot of rain too. Give them a break.