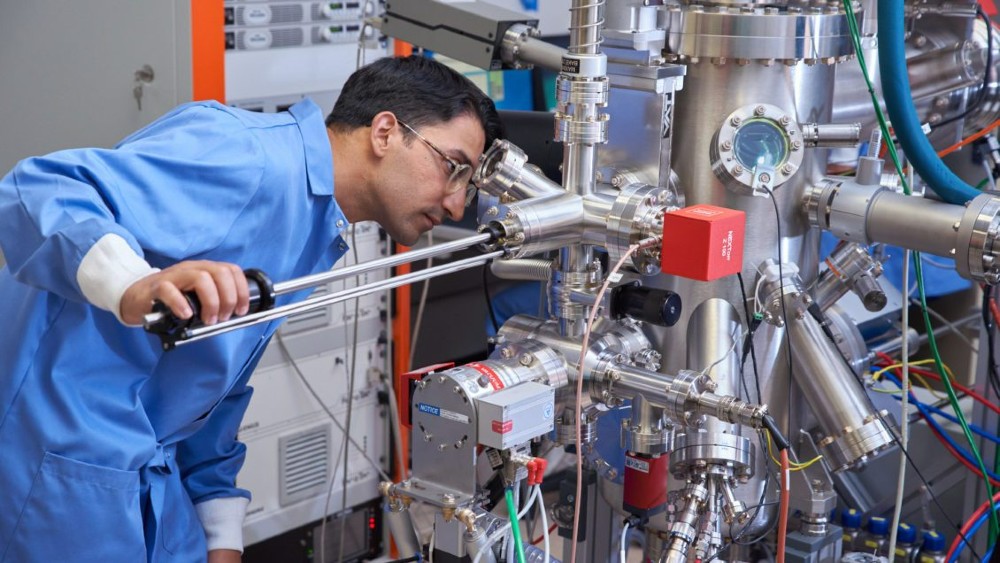 Forty-one junior faculty from across the country received awards, which aim to enrich junior faculty’s research and professional growth.

Each winner receives $5,000 seed money for the 2022-23 academic year. Each recipient’s institution matches the Powe award with an additional $5,000. Winners may use the grants to purchase equipment, continue research or travel to professional meetings and conferences.

“I am thrilled Dr. Sardashti earned this very prestigious and competitive award. It recognizes his immense talent and potential to emerge as a leader in his field. This award will allow him to continue to expand his very productive research program,” Sean Brittain, chair of the Department of Physics and Astronomy, said in a university news release. “I look forward to seeing the valuable contributions he’ll make to the field of quantum computing.”

Quantum computers could revolutionize the future of science and technology by solving extremely complex problems beyond the reach of even the best current classical computers.

By leveraging two key quantum phenomena — superposition and entanglement — quantum computers can explore multiple solution pathways simultaneously, allowing them to solve problems that would take a traditional computer too long to calculate, the news release said.

Sardashti, who has a joint appointment as an assistant professor of electrical and computer engineering in the Clemson College of Engineering, Computing and Applied Sciences, will use the award to design and fabricate simple Josephson Junction switches on germanium for superconducting qubit systems, he said in the release.

Sardashti said that one issue with today’s quantum computers is scaling the number of qubits.

Semiconductor processors in traditional computers and phones have billions of transistors, which are binary switches that either prevent or allow current to flow through. In quantum computers, it is challenging to put several of the individual processing units, or qubits, together while preventing unwanted crosstalk between them.

“The record is 127, but to make a useful computer, we must go to at least tens of thousands,” Sardashti said in the release. “To get there, one issue you have to address is if these little processing units are not supposed to talk to each other, they don’t talk to each other. You have to control their interaction. The switch we’re proposing is a way to make this possible to put a lot of these processing units on the same chip in an energy-efficient way while being able to control the interaction between the various qubits on demand.”

Powe Award recipients are in the first two years of a tenure track position and work in any of five science and technology disciplines: engineering and applied science; life sciences; mathematics and computer science; physical sciences; and policy, management or education.

The awards are named for Ralph E. Powe, who served as the ORAU councilor from Mississippi State University for 16 years. Powe participated in many committees and special projects during his tenure and was elected chair of ORAU’s Council of Sponsoring Institutes. He died in 1996, the release said.

“I’m honored to be chosen for this award and that somebody saw potential in this project and our group to get this work done,” he said in the release.