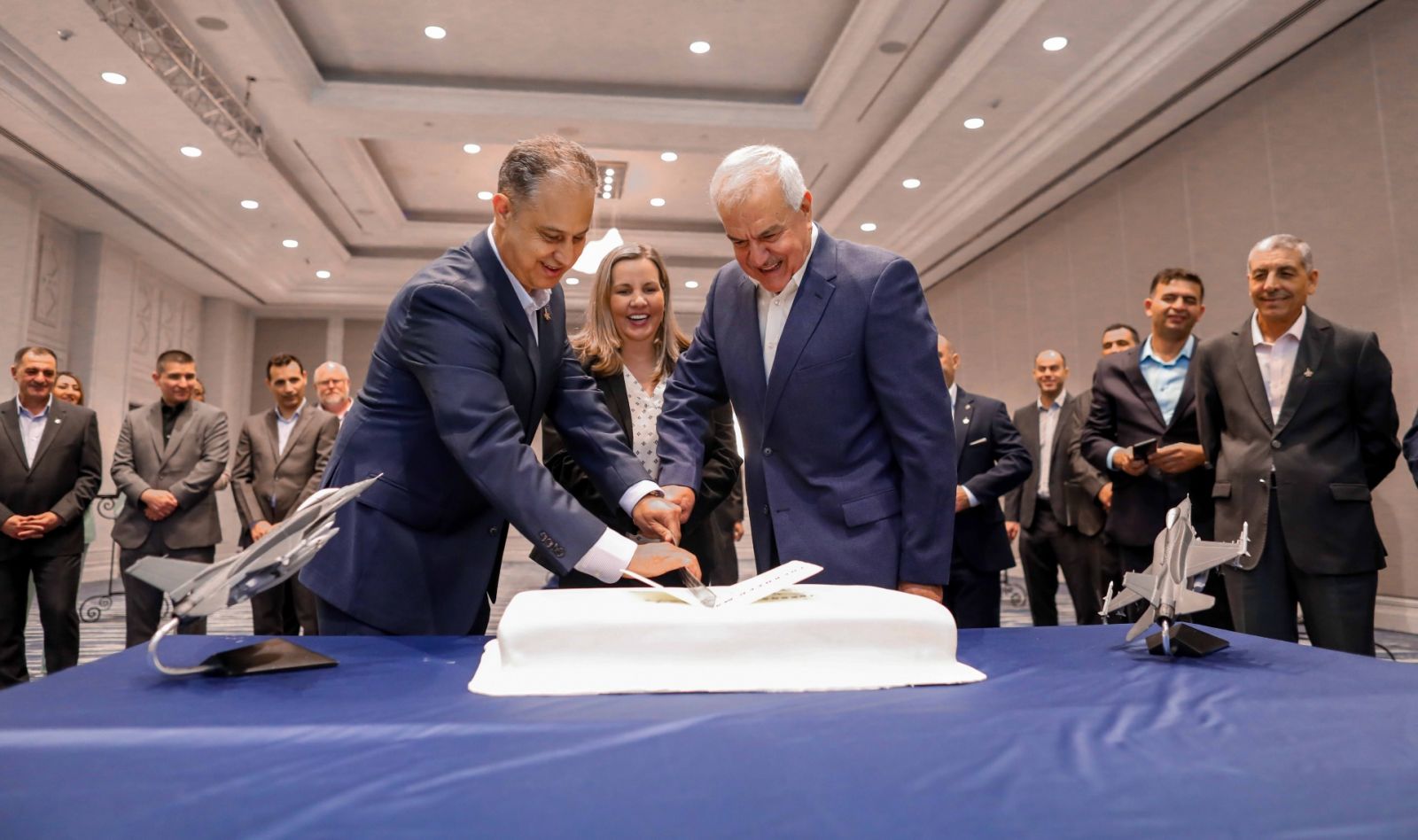 The nation of Jordan has added eight F-16 Fighting Falcon aircraft to the backorder of 128 planes to be made at Lockheed Martin’s Greenville manufacturing and sustainment facility.

The selection of new production F-16 aircraft extends Jordan’s existing fleet of F-16s, bringing advanced capabilities to the mission combined with affordable operating and lifecycle costs, according to Lockheed Martin.

Brigadier Gen. Mohammad Hiyasat of the Royal Jordanian Air Force, Major Gen. Yousef Al-Hnaity, chairman of Jordan’s Joint Chiefs of Staff and Jordan Armed Forces, met with Burnett to sign a letter of offer and acceptance for the sale.

According to the company, Lockheed Martin expects orders of another 300 F-16 Block 70 aircraft as international interest continues to escalate. The Greenville plant has 136 positions open to sustain ongoing operations and is now offering a $15,000 sign-on bonus and up to a $5,000 lump sum to relocate future employees.

“These new roles represent Lockheed Martin's long-standing commitment to meet our customers' current and future needs, and to bring more jobs to the Greenville area," Danya Trent, vice president of the company’s F-16 program, said in the release. "Many of these positions are on the leading edge of our digital engineering efforts on our F-16 production line. This is an incredibly rewarding opportunity to join the team that sustains and produces the F-16 for armed forces around the world."

Lockheed Martin has approximately 700 workers at its Greenville site and has an average annual economic impact of $100 million to the area, the company says.

Lockheed Martin moved F-16 production to Greenville in 2019 with contracts currently under way for at least 112 jets for Bulgaria, Slovakia and two other nations expected by international aerospace media to be Taiwan and Morocco.

In December, the facility also became the only corporate F-16 sustainment and support depot in the country