Series production for the new BMW X7 sports activity vehicle has started at the manufacturer’s Spartanburg plant. The BMW X7 will be built alongside the X5 and X6 on the same assembly line.

“We are excited to officially add the first-ever BMW X7 to our plant’s portfolio,” Knudt Flor, president and CEO of BMW Manufacturing, said in a news release. “This is a completely new segment for BMW, and as the center of competence for X models, Plant Spartanburg is well-prepared to build the BMW X7 with the highest premium quality that our customers deserve.” 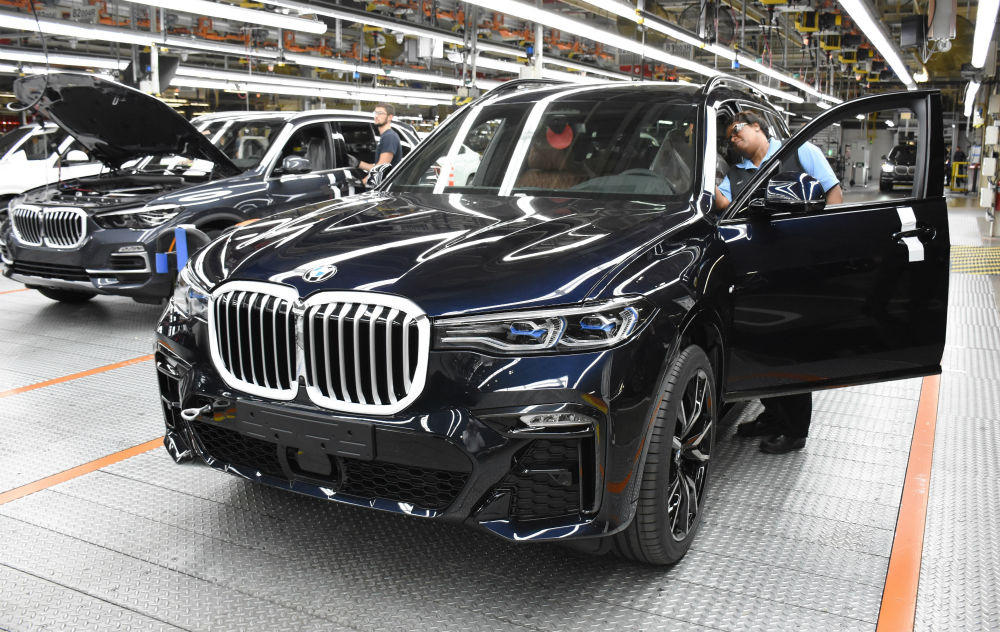 The BMW X7 made its world debut on Wednesday at the Los Angeles Auto Show.

The groundwork for production of the BMW X7 was laid in March 2014 with the announcement of a $1 billion investment in the plant site, the news release said. Since then, a new, 1.2 million-square-foot body shop has been constructed for all X models, complete with 2,000 new robots; the X5/X6 assembly hall has been expanded with new conveyors, tooling and process equipment; new specialized robots have been added to the paint shop; and nearly 2,000 jobs have been added. The result is a plant capacity of 450,000 units per year, according to the news release.

“The production launch of the BMW X7 marks the climax of a remarkable production year for Plant Spartanburg,” Flor said in the news release. “And there’s still more to come, including production of the new BMW X3 M and X4 M next year, as well as the BMW X3 and X5 plug-in hybrids.”

BMW Manufacturing produces more than 1,400 vehicles each day, with 70 percent exported to about 140 global markets, according to company data. The BMW Group is currently investing $600 million in the Spartanburg plant from 2018 through 2021 to support manufacturing infrastructure for current and future X models.

Despite occasional speculation that tariffs may have a negative impact on Plant Spartanburg, BMW Manufacturing restated to GSA Business Report its intention to stick to those original plans. About 10,000 people are employed at the plant in Greer.