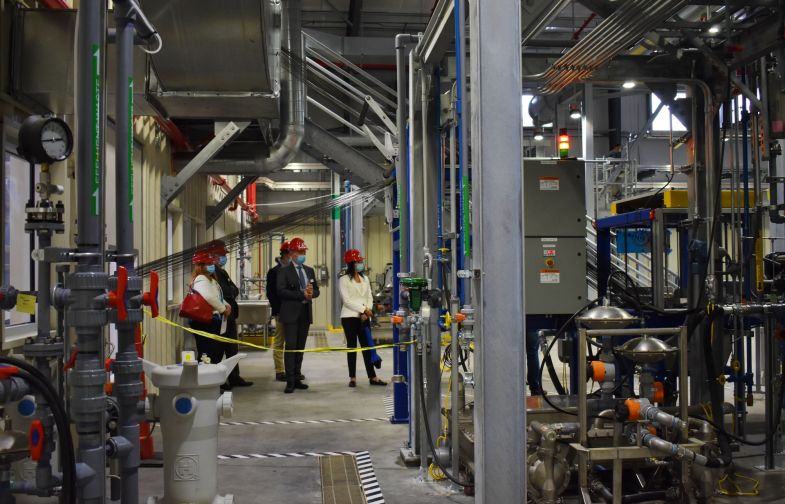 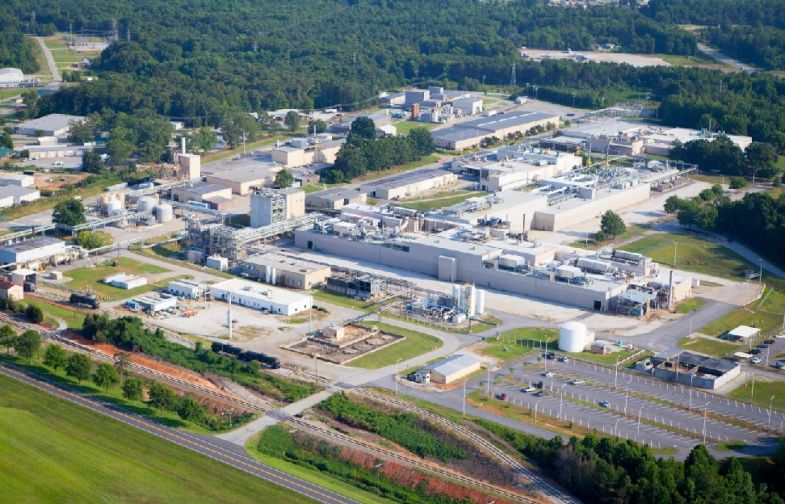 Solvay has finished a thermoplastic facility of more than 27,000 square feet, which opened today for news media. (Photo/Provided)

Aerospace supplier Solvay is on the move.

With growing demand from energy companies, as well its traditional aerospace and automotive markets, the company has expanded its Upstate footprint with a 27,000-square-foot thermoplastic composites manufacturing facility unveiled today at a 3:30 p.m. press conference.

The new facility is located at the S.C. Technology and Aviation Center in Piedmont at the site where Cytec opened its carbon fiber production facility in 2014 before the company was acquired by Solvay in 2015.

The project represents a milestone in Solvay’s efforts to industrialize its thermoplastic composites capacity, according to a news release. The new product line will manufacture unidirectional composite tape from a range of high-performance polymers. 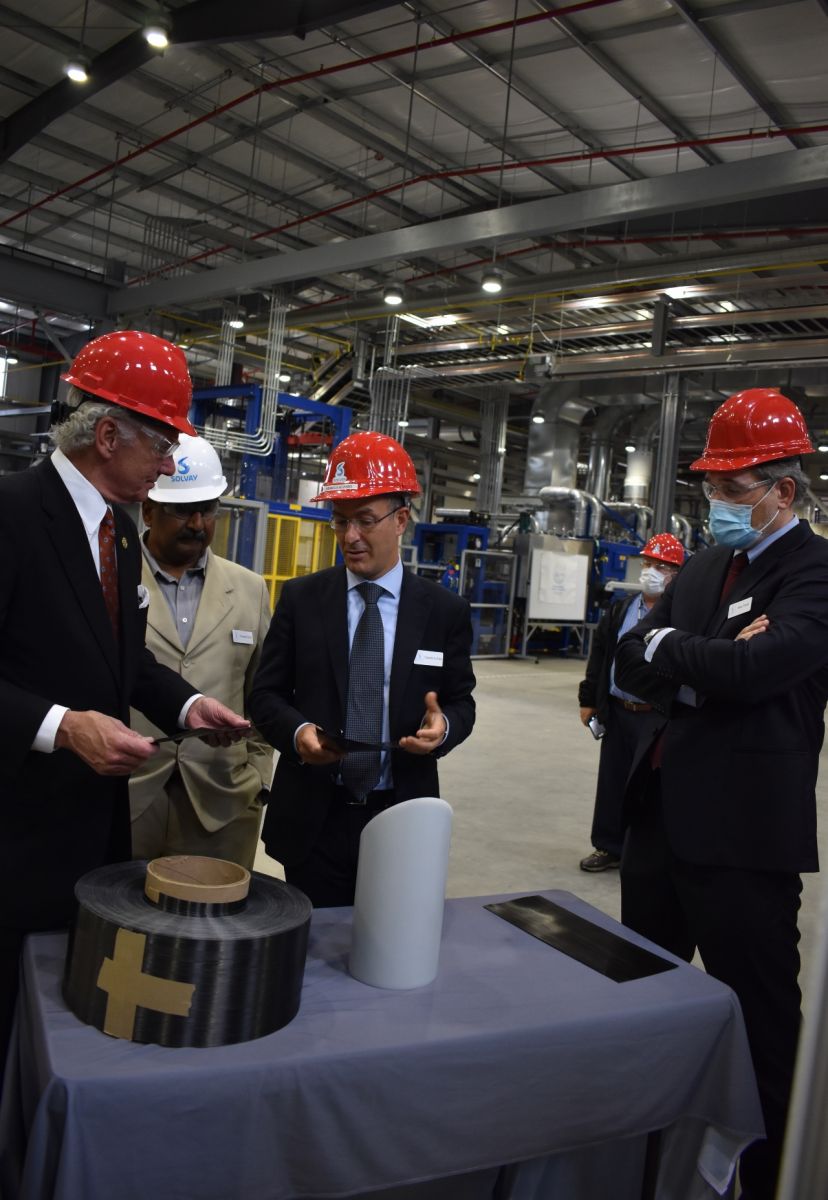 “The TPC solutions that will be manufactured in our Greenville facility will help our energy, aerospace and automotive customers achieve better environmental responsibility by making cars and planes lighter, thereby reducing emissions,” Mike Finelli, president of Solvay’s growth platforms, said in the release. “Our new capacity and differentiated technologies will allow us to expand with our customers as TPCs gain momentum in a growing number of applications and play an important role in the energy transition.”

The Greenville facility is part of a series of strategic investments in line with the company’s commitment to build the infrastructure required for the growing TPC market. Other recent company activities include Solvay’s addition of capacity for TPC tape in Anaheim, Calif., two new R&I centers in Brussels, Belgium, and Alpharetta, Ga., and Solvay’s membership in the TPRC consortium.

“Solvay’s expansion is yet another example of the unparalleled success companies are finding in South Carolina,” Gov. Henry McMaster said in the release. “We thank Solvay for their continued partnership with our state and look forward to their future growth in Greenville County and beyond.”

Solvay’s TPC portfolio includes EvoliteTM, which the company markets as a reliable and lower cost product for markets such as energy and automotive, and APC tapes, which the company says has significant weight and cost advantages in aerospace and urban air mobility applications.

At full production capacity, the new line will bring more than 30 new jobs to the plant, the release said.