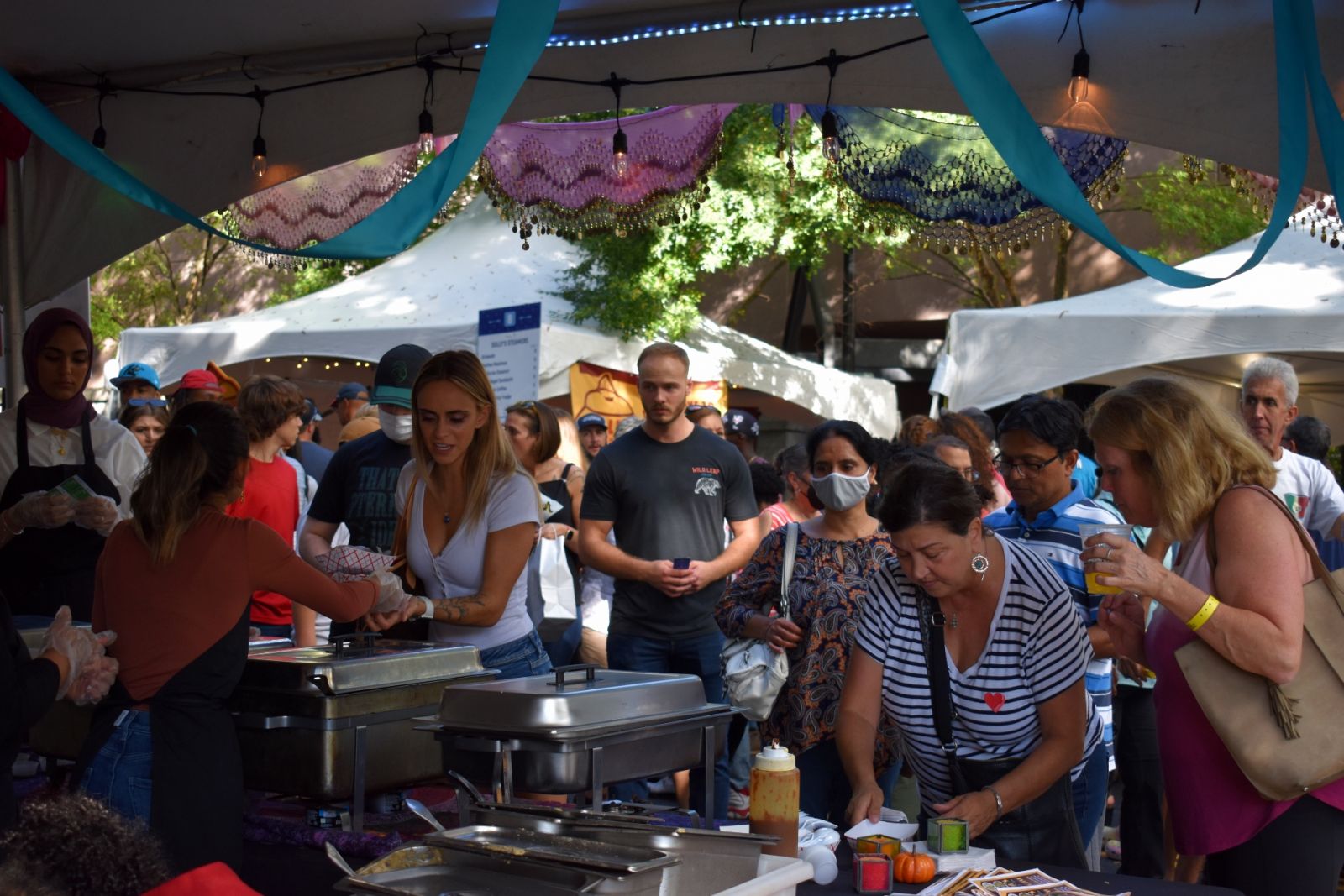 The Grammy-nominated prophet of the Mississippi blues, Cedric Burnside, plucked the sounds of a slow triumph out of his wood-paneled guitar, as at least 100 listeners congregated at the foot of the stage swaying to the electric growl of the bass notes.

“I came from nothing,” he sang. “I done been, I done been lower than lower. I keep my head on straight.”

Crowds jostled shoulder to shoulder past the W. Washington Street Stage, queing up in lines that could swing out to the middle of Main Street, as restaurateurs served up their fare, sometimes buffet-style at the front of the tent, sometimes in the back. 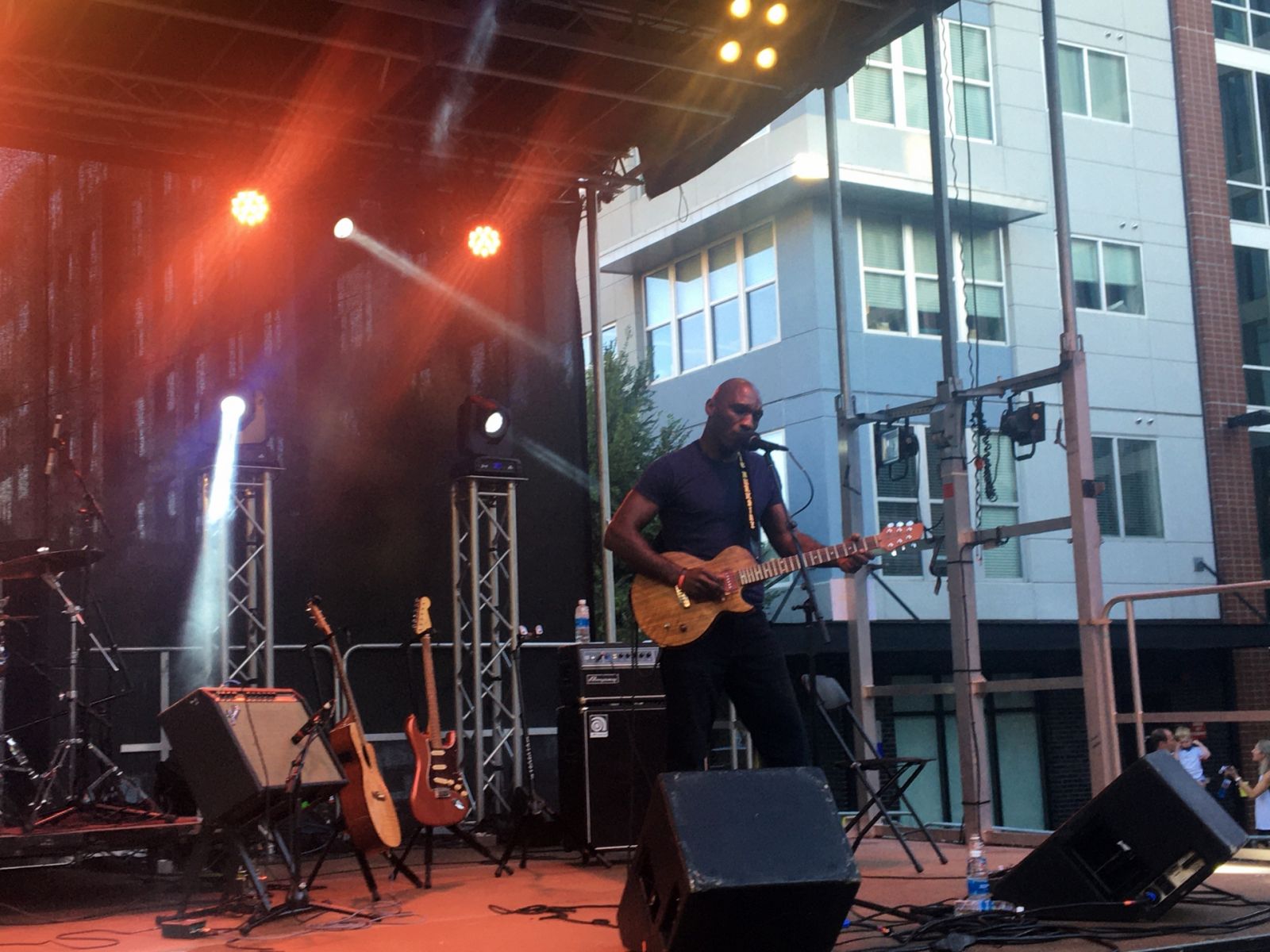 The scene could have been from 2019, but this time around, the restaurants that made it to the streets of Greenville’s largest event were a little more weary and definitely wiser after running the gauntlet of the past two years.

The festival goers, a little more hungry for the hum of a crowd and normalcy, passed by the shells of Husk, Port City Java, The Chocolate Moose, Happy + Hale and Dark Corner Distillery — some now occupied by new tenants, some not.

On other years, Fall for Greenville can be a boon for business. In 2021, Fall for Greenville was a flare of new life for the city’s hospitality industry as almost 50 restaurants, coffee houses and food vendors snaked from E. North to Augusta streets from Oct. 8 to Oct. 11.

The city was still counting purchased food tickets when this story went to press.

“Fall for Greenville is always a really excellent opportunity,” said Kristin Kay, owner and operator of Wildflower Cupcake and Dessert Bar. “It’s an opportunity to get your name out there and to get the exposure that you need, but as far as revenue is concerned, if you have a good weekend — which normally you do, weather is the only thing that can prevent that — it can make or break for us, the month of November.”

Kay has manned a tent at Fall for Greenville for eight to nine years, she said, but this weekend was her busiest yet — despite pounding rain that swept guests off the sidewalks the night of Oct. 8. 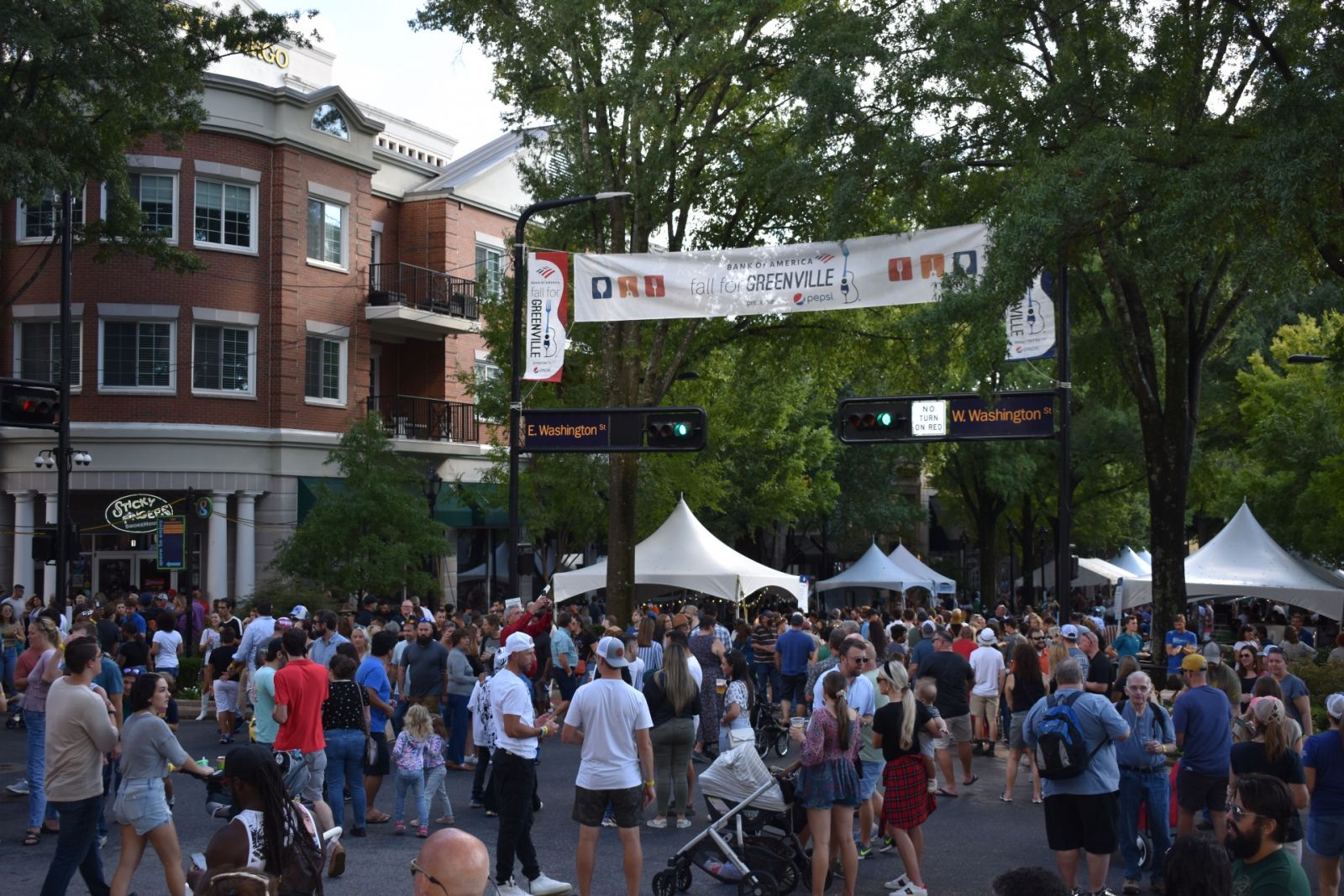 “In years past, there have been times that November has been a real slow month, and the Fall for Greenville revenue has helped us get through,” she said. “It definitely makes a difference. Of course, with COVID, things have really been up and down, inconsistent.”

Kay split off from a franchise two years ago and is operating out of a bakery on Pelham Road. Even as curbside pick-up options tail off at other venues, Wildflower Cupcake and Dessert Bar still offers outdoor and no-contact pick-up options, according to the company’s website.

“We’ve been super busy. I think people are ready to get out of the house, because of the rain, and looks like it’s (the crowd’s) not stopping and it’s almost closed,” Larkin’s Catering Coordinator and Operations Manager Mara Meehan said with a laugh as she stowed away a few leftover roasted potatoes as families scrambled to use their last meal tickets at 6:59 p.m. on Sunday night.

Larkin’s too has adjusted since its last time on the street in October. Especially when it comes to corporate catering.

“Anything right now with COVID, it’s a whole other ballgame,” Meehan said. “We’re still going and it’s coming back, but anyone who wants to come back, they have to be cautious, that’s for sure.”

Michelin is inviting their local crews to soirees instead of flying in overseas guests, she said. Corporate clients host pop-ups in lieu of three-course meals with real silverware.

“It’s not as much, and they’re definitely a lot more cautious for sure,” said Meehan. “So it’s smaller portions, as opposed to like a 100-person groups like we used to do.”

Larkin’s Executive Vice President Christina Murphy is also on the board for Fall for Greenville, so planning events for the festival brought about some additional business at the steakhouse, she said. 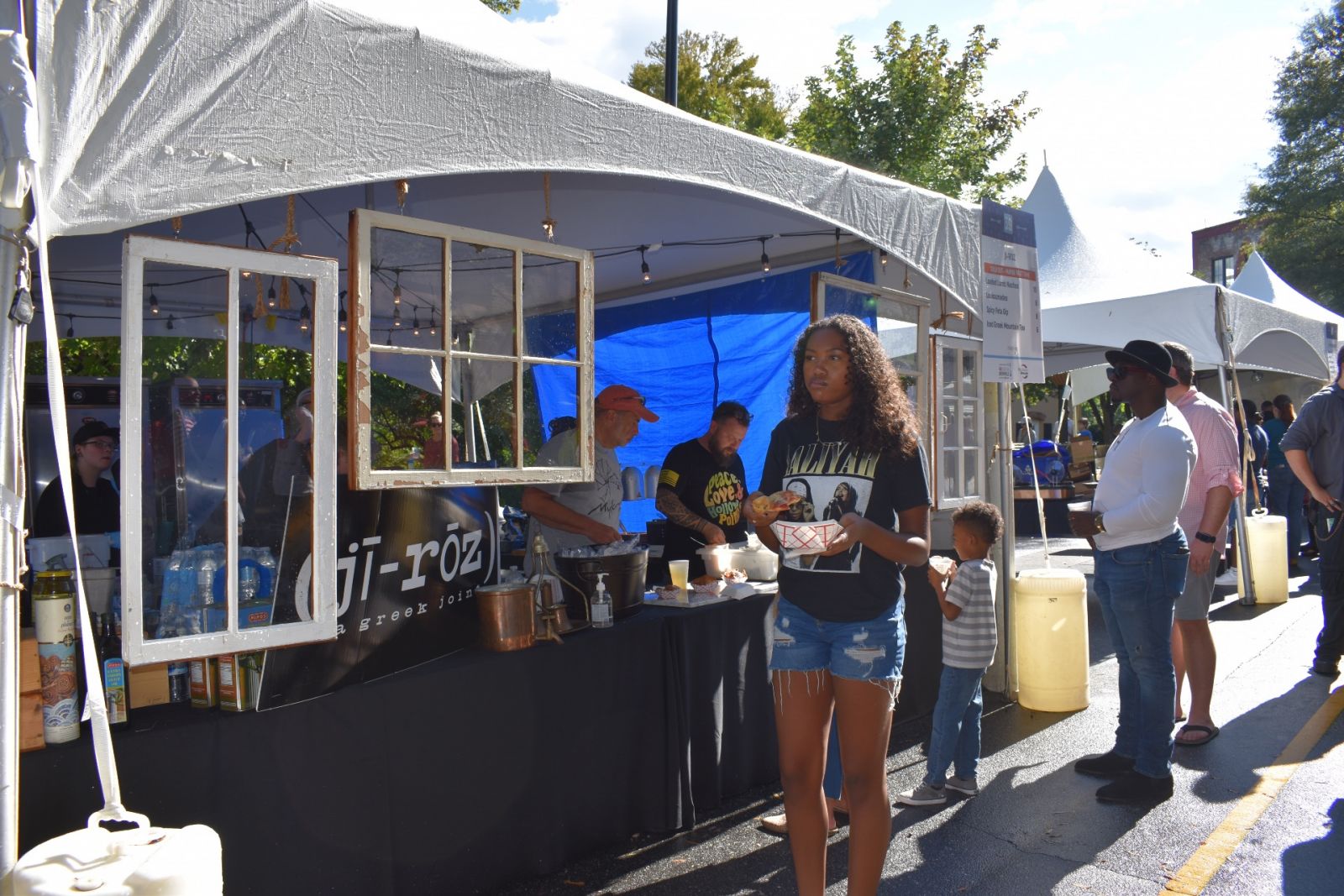 When GSA Business Report asked Meehan how many tickets Larkin’s had received over the past three days:

“A lot,” she said. “Friday … with the rain, it was definitely a ghost town, but there were still some people in sheets of rain — that was promising. As soon as it stopped, all of sudden, things showed up.”