SCC honors 2 with its Wall of Fame

“Spartanburg Community College has harnessed its many assets over the course of the past two years to lead higher education initiatives throughout South Carolina and the nation, but the greatest resource the college has are the many individuals that have dedicated time and energy to champion its mission,” Michael Mikota, president of SCC, said in a news release. “Our college is a powerhouse of economic success driven by individual achievement, and today we recognize the generational impact that Rep. Rita Allison and Bruce Johnson have made to our students, faculty, staff and to the many vibrant communities we serve."

A tradition launched at the college in 1998 by then President Dan L. Terhune, the SCC Wall of Fame honors those who have served the college in an extraordinary manner. Nominations for induction are made by current members of the SCC faculty or staff and must meet qualifications: nominees must have made significant accomplishments on behalf of the college and either have been a faculty or staff member, or a member of the Spartanburg County Commission for Technical and Community Education, SCC Foundation board, SCC advisory committee, a retired employee, or a community resident who had a significant impact on the college. 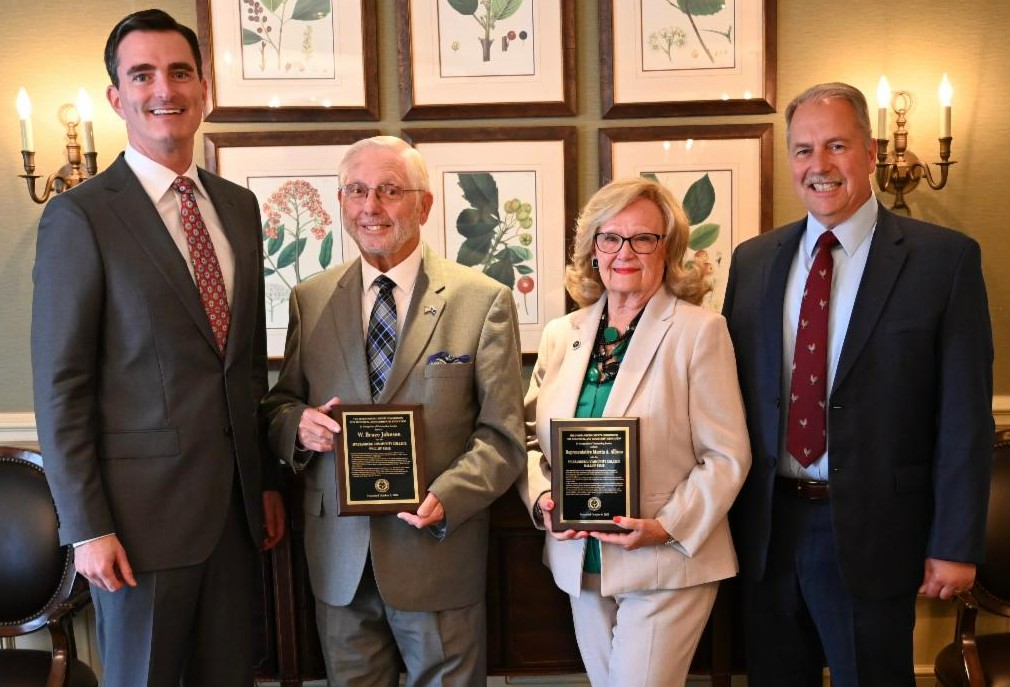 Over the course of her combined 28 years of dedicated service in the S.C. House of Representatives, Allison has been a champion for Spartanburg Community College, the news release said. She has provided mentorship to many of the college’s presidents and numerous areas of the college bear witness to her support. She played a key role in securing funding for both the construction of the Dan L. Terhune Student Services Building and the renovation of the Hull Building, which included the addition of The Learning Center which was later named The Rita Allison Learning Center in her honor.

Furthermore, Allison provided support for the proposal to rebrand the College from Spartanburg Technical College to Spartanburg Community College to reflect both the totality of the college’s academic offerings and the array of services it provides the region.

For more than a decade, W. Bruce Johnson represented Spartanburg District 5 on the governing board of SCC, including four years of service as chairman. He provided oversight and guidance through an era of workforce development-focused facility expansion that included the opening of the Center for Advanced Manufacturing and Industrial Technologies on the Giles Campus and the beginning of construction of the CAMIT on the college’s Cherokee County Campus, as well as the launching of the College’s BMW Technical Scholars Program, the news release stated.

Johnson helped oversee strategic renovations of the historic Evans Building to serve as the college’s new Downtown Campus and led the initiative to rename academic buildings on the main Giles Campus to honor prior presidents P. Dan Hull, Joe D. Gault and Jack A. Powers.