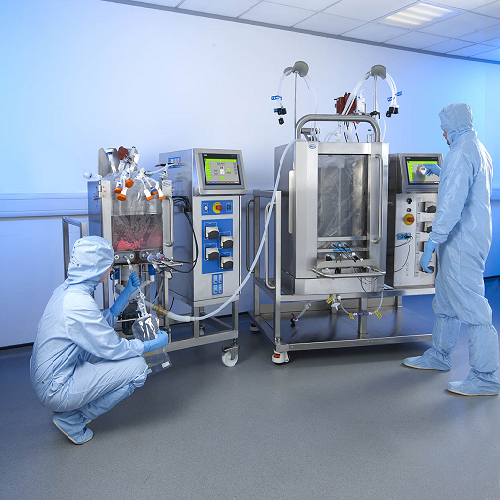 Pall Corp. is as comfortable weaving filters for ventilators and submarines for the Department of Defense as it is with making stabilization systems for breweries.

So when the company announced its intention to support the development a COVID-19 vaccine in concert with an Oxford and AstraZeneca-backed consortium last April, company representatives knew they would need more elbow room for a life science hub — and that they needed to act fast to beat the wave of demand.

As part of the company’s $114 million global expansion at six facilities in Europe and the United States announced in January, Pall Corp. selected Spartanburg as its newest biopharma manufacturing base. The $30.2 million investment at the 816 Berry Shoals Road site in Duncan, formerly known as “Project Stone,” is expected to create 425 jobs and start production in May, according to a news release.

"Pall’s global capacity expansion will ensure our critical products are manufactured and delivered to our customers so people around the world have access to lifesaving vaccines and gene therapies," Joseph Repp, president of Pall Life Sciences, said in the January announcement.

The company will use the Spartanburg facility in particular to hone its single-use technologies, like the Allegro single-use platform, for the rapid development and production of therapeutics and vaccines — especially the COVID-19 vaccine, according to the release.

“It couldn’t come at a more important time for the United State and the world, and we’re very excited and proud that our associates here and our presence here in Spartanburg County and the Upstate have a hand in providing the most needed care,” Spartanburg County Councilor David Britt, chairman of the economic development committee, told GSA Business Report. “It’ll have Spartanburg County fingerprints all over it.”

Repp said that it was the county’s “diverse workforce” that attracted the New York manufacturer to Spartanburg.

"Pall Corp.'s decision to invest into South Carolina comes at a time when our life sciences sector has evolved into one of our fastest-growing industries,” Gov. Henry McMaster said in today’s announcement, following his recent declaration that the number of life science firms have doubled since 2017. “The continued development of life sciences will create high-paying jobs that will ensure wellness and prosperity in South Carolina for years to come."

Pall Corp.’s Allegro single-use platform allows biopharma companies to use the same materials when they scale up from a lab to a commercial operation, including a suite of automated systems, mixers, biocontainers, powder transfer bags, valves and tubing connectors, among other products.

The company received job development credits from the Coordinating Council for Economic Development for the project, while a fee-in-lieu of tax agreement between the company and Spartanburg County received a first reading in the Feb. 15 council meeting. The agreement allows for a 6% tax cut with the promise of a $24 million investment in the next five years, followed by a second FILOT agreement for “Project Stone II,” projected to bring $42.2 million and 350 jobs to the county.

“It puts us in a different stratosphere than we’ve been in for the last 25, 30 years,” Britt told GSA Business Report about the county’s shift in recruiting focus. “Over the past 15 years, it’s really just been trying to expand our manufacturing and office opportunities to the life sciences, and this not only puts us in the game, is a grand slam for Spartanburg County and the state of South Carolina.”