Patrons of Greenville’s original sky club, in mourning after hearing their favorite haunt would close on Friday, received some hopeful news today.

When Steve Craig, CEO of SC Premier Signs and a Commerce Club regular, caught wind that he might have to find a new hub in Greenville this spring, he took a moment to stop what he was doing and think about the many people he met at the club — many of them customers he currently works with — since founding SC Premier Signs in 2015.

“I joined just over six years ago,” Craig told GSA Business Report after hearing about the club’s pending closure. “And it’s been amazing.”

He couldn’t think of any other venue that played quite the same role within the Greenville business community as the Commerce Club.

The Commerce Club helped Mie Potter, founder of Finding Peace LLC and a member now on the club’s Board of Governors, transition from a 16-year stay-at-home mother who never thought she would join the ranks of an established professional club to a business owner who makes the club her office and client coaching space every Tuesday. As per ritual, she follows her workday with dinner, meeting with friends and cohorts who have gathered at the venue for years. 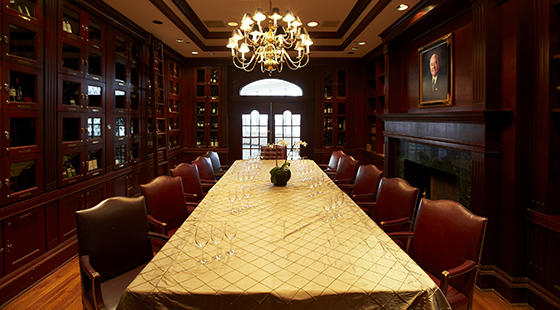 “It’s not just a business club,” she said. “There are people who have been really almost life-long friends whose relationships started at the club, and just to give you an idea, there’s a group of men who meet for breakfast everyday that the club is open for breakfast. They all come at the same time. Not everyone comes every day, but they have been meeting faithfully for years at the club for breakfast.

And today, these devotees learned that their morning ritual will still endure if the Commerce Club has any say about it.

This morning, Club Corp. passed the club’s keys to Sean Laney, founder and president of Dallas’s BNG Hospitality, who plans to keep the venue up and running far past Friday’s predicted death knell.

“We always thought that it would be a complementary property for us, because of our club in Charleston,” Laney said, referring to one of BNG’s recent acquisitions, Charleston’s Harbour Club. “But at that point, Club Corp. wasn’t really interested. We got involved with it once Club Corp. made the decision that they were not going to renew the lease and were going to close the club.”

Distraught members then brought the looming closure to the attention of a potential buyer, Laney, who jumped on the deal, believing that BNG Hospitality could pick up where Club Corp. left off and run with the opportunity.

“This type of market and size is something that we’re good at, something that we understand: the business and social community, the clubs in the South,” Laney said. “We’re excited to be a part of it.”

Laney, formerly a Club Corp. executive, launched BNG Hospitality in 2017 to acquire the venues that Club Corp. had pruned away from their network, including Charleston’s Harbour Club; Florida’s Tampa Club; Plaza Club in San Antonio, Texas; and the Crescent Club in Memphis, Tenn., he said.

“Both in ownership as well as management, BNG specializes in club turnaround opportunities when a club needs focus on reconcepting or repositioning to become more relevant to a modern-day demographic,” according to a statement from BNG’s website.

Laney began his 35-year career in the private club industry as a line level employee and later found himself managing a $180 million division with 4,000 employees.

The Commerce Club will undergo a brief reboot on March 22 to April 1, he said, to bring the venue under BNG’s wing along with any employees who choose to stay on staff. 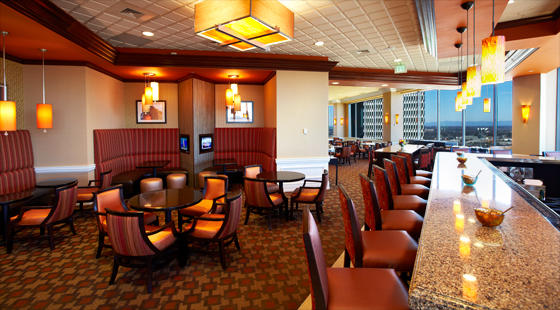 Modeling BNG’s work with the Harbor Club, Laney said his company aims to drive home the components that make the club a space where “work and play come together” moving forward.

That includes a central craft cocktail bar, a small restaurant and dining room concept, as well as an emphasis on shared workspace.

“It’s a place where you can come in in the morning and have coffee, do some work, maybe meet a client for lunch, do some more work in the afternoon and then maybe by late afternoon, you have a glass of wine in front of you and you’ve been there all day,” he said. “It’s a platform where everything can happen.”

Since the club reopened following the COVID-19 restaurant lockdown in 2020, the Commerce Club has catered itself as a hub for remote workers. BNG’s plans will expand on this market with additional furnishings, semi-private workspaces complete with a flatscreen for Zoom conferences and meeting rooms of all sizes used to accommodate everything from a rehearsal dinner to a corporate summit.

“We’ll try to instill those elements into this club,” he said. “Some of it is there and some of it isn’t.”

Club Corp. initially decided to sell the property due to financial challenges sparked by the pandemic, but Laney thinks that customer confidence will return in kind after vaccines become widespread with exclusive venues like the Commerce Club becoming even more popular for business people seeking to tamp down potential public exposure to the virus.

“Commerce Club has been a proud member of the Greenville community for 37 years which made this decision very difficult,” General Manager Caroline Neish said in a statement issued before the BNG deal came through. “Like so many other hospitality and service providers, the pandemic created many challenges for the club. After many discussions about how to ensure a safe, strong, and viable future, we determined the Commerce Club was no longer sustainable and made the unfortunate decision to close.”

So far, club events like a wine dinner or spirits tasting have garnered the strongest attendance since BNG venues reopened last year over traditional dining, bolstered by takeout options and opportunities to make the professional club a social space conducive to working outside of the home, office or home office.

“I think the majority of member join in the beginning because they want to grow their business, and these clubs serve as a really critical component for small business owners,” he said. “And then, over time, they develop relationships with the staff and other members, and really, that’s the glue that keeps them tied to the club. That’s that middle place, that “third place” for them, along with their home and their work.”