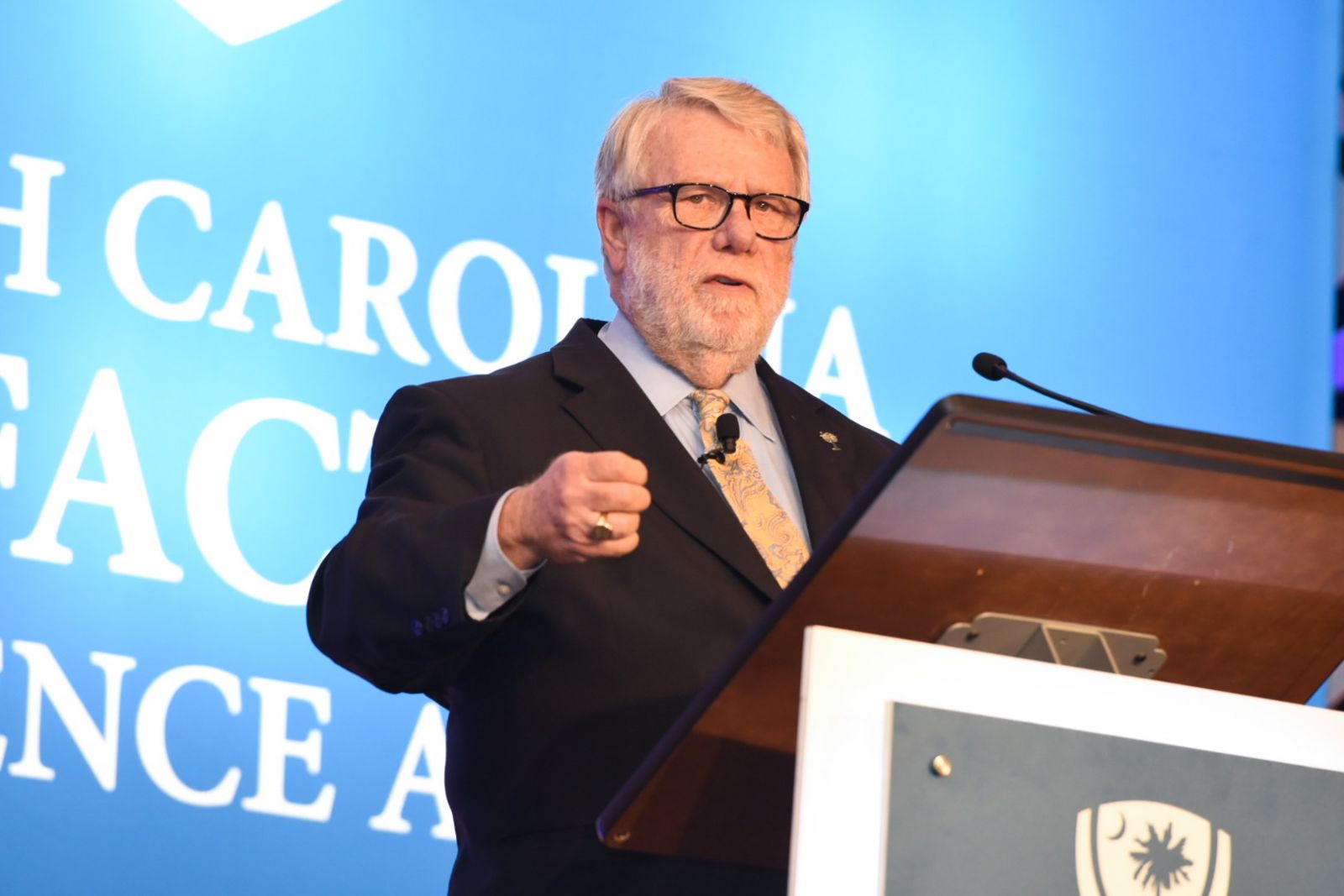 The award winners were announced during a special luncheon following the two-day conference and a keynote address by Gov. Henry McMaster. The governor helped present the awards along with Rick Jenkins, group publisher of SC Biz News.

Hitt served as secretary of the S.C. Department of Commerce from the time he was appointed by former governor Nikki Haley until his retirement earlier this year. A former journalist, his work in economic development began when he went to work for Nelson Mullins Riley & Scarborough, where he played a role in recruiting BMW Manufacturing to Spartanburg County and subsequently became one of the first BMW employees. He served as manager of public affairs for the plant until his appointment to the Commerce Department. Much of the department’s focus during his tenure was on recruiting manufacturers to the Palmetto State and growing those companies already here.

Jenkins announced that, starting with next year’s Salute to Manufacturing luncheon, the award for lifetime achievement will be named for Chuck Spangler, the late executive director of the S.C. Manufacturing Extension Partnership. Spangler and SCMEP annually played a significant role in the overall conference and the awards ceremony.

“It’s appropriate to name the lifetime achievement award in Chuck’s memory because he dedicated so much of his life to the service of manufacturing — to raising the industry to higher standards and bringing the rest of the state up with it,” Jenkins said. “It didn’t feel the same hosting this year’s conference without him, but the impression he and his colleagues at SCMEP made for this industry will not soon be forgotten.”

“Every year from the stage I said manufacturers in this state have no better friend than Chuck and SCMEP, and I meant it,” Jenkins said.

Other awards presented during the conference’s capstone luncheon included: