A company that coaxes a faux leather from mushrooms plans to build a production plant in Union County. MycoWorks will invest $107 million in the site and create 400 new jobs, according to the S.C. Commerce Department. 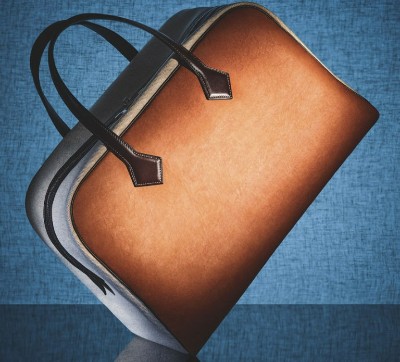 MycoWorks is a San Francisco-based biotechnology company working to develop new mycelium materials. MycoWorks' patented Fine Mycelium technology, an “advanced manufacturing platform,” according to the company website, which calls the material a “breakthrough in materials science, which engineers mycelium during growth to form proprietary, interlocking cellular structures for unparalleled strength and durability.”

Mycelium, the vegetative part of fungus, naturally forms a solid foam that can be compressed into a leather-like material sometimes called mushroom leather, according to the company. But compressed mycelium does not offer the performance and strength of animal leathers. The company says its “Fine Mycelium” product engineers mycelium cells as they grow to create three dimensional structures that are densely entwined and inherently strong.

Products made from Fine Mycelium include the branded Reishi material, which MycoWorks says mimics the performance of animal leathers.

Located at 260 Midway Drive in Union, MycoWorks’ new facility will increase the company’s capacity to meet the fashion and luxury industries’ growing demand for its materials, including Reishi, according to the Commerce Department. Operations are expected to be online in early 2023.

"Deciding where to lay down roots was a big decision, but the partnership offered by state and local officials in combination with access to talent and amenities in the area made it easy,” MycoWorks Chief Operating Officer Doug Hardesty said in the Commerce news release. “We look forward to growing a world class team and operation in Union County.”

“We say the Upstate is where manufacturing and technology intersect, and MycoWorks is showing it by choosing to scale up in Union County,” Upstate SC Alliance CEO John Lummus said in the release. “Their sustainable biotechnology products add high-tech opportunities to the region’s vibrant engineered materials ecosystem.”

Union County Supervisor Frank Hart said the investment and jobs will be a boon to the Union community.

“We are very excited to welcome MycoWorks to Union County,” he said in the release. “This project will greatly benefit the citizens of Union County through the jobs which will be created and the diversification of our industrial base within our community.”