ELDs a way of life for truckers

A year after federal law mandated electronic tracking of trucker workdays, the requirement gets mixed reviews from a complex industry.

“The quote-unquote ‘trucking industry’ is such a diverse mix of business sectors it’s hard to characterize (electronic logging devices) as all good or all bad,” said Rick Todd, president and CEO of the South Carolina Trucking Association.

The good news is that electronic logging devices — known to the industry as ELDs — have forced drivers to stick more strictly to the letter of the law, presumably meaning fewer drivers are tired while driving. But for some truck drivers the mandate means fewer miles and lower pay. For smaller operations, ELDs bring additional challenges to juggling a smaller stable of drivers and tractor-trailer rigs, Todd said.

One benefit for truckers and trucking company operators, according to Todd, is the customers now can see clearly that the cost of moving freight isn’t as easy as calculating the number of miles from Cleveland to Miami, or Clemson to Manning. 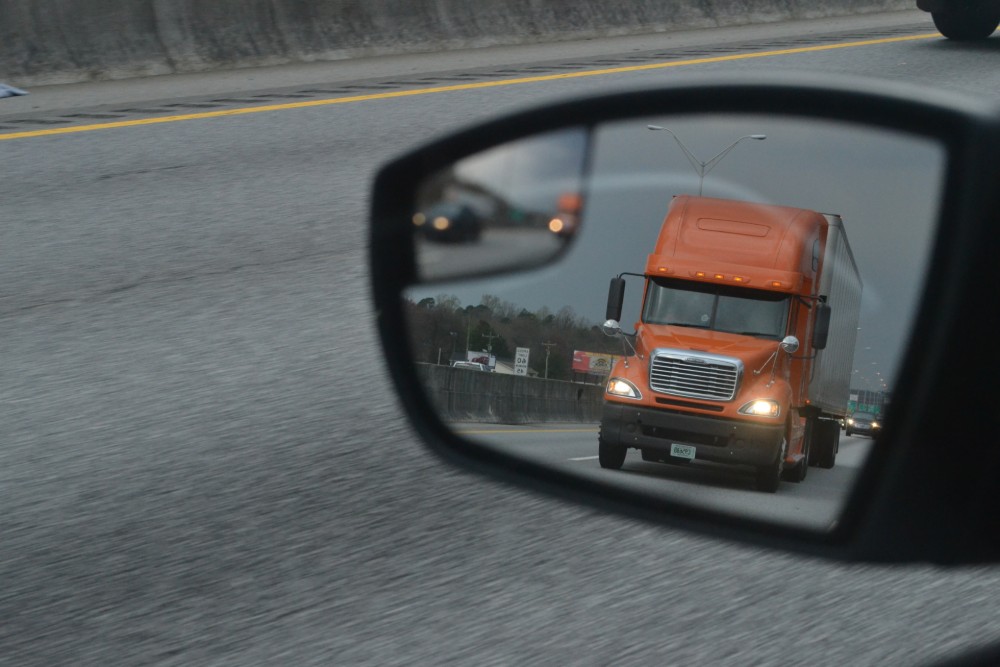 The ELD rule, congressionally mandated as part of the Moving Ahead for Progress in the 21st Century Act and signed into law by President Obama in 2012, is intended to help create a safer work environment for truck drivers, and others who share the road, and make it easier and faster to track and manage driver logs, according to the Federal Motor Carrier Safety Administration. The device itself synchronizes with a vehicle engine to automatically record driving time for easier and more accurate hours of service recording.

The law didn’t change hours of service rules. Those rules are a bit complex and make some allowances for varying circumstances, but basically, truck drivers can operate a truck during a 14-hour on-duty day for 11 hours, but they have to take a 30-minute rest break. After they reach the limit, drivers must be off duty for 10 hours before they can restart the clock, Todd said. With paper logs kept before the ELD era – many companies adopted ELDs before they were mandated – it was easier to fudge the data.

An analysis of data collected by the Federal Motor Safety Administration indicated more truck drivers were complying with logging requirements. Their data showed 0.64% of driver inspections in May 2018 had at least one hours-of-service violation compared to 1.31% from May 2017, according to information on its website.

“It’s working and it’s a good thing,” Todd said. “We think the federal agencies need to look at hours of service limits and see if they need to be tweaked to improve safety but also to put some reasonable adjustments in place.”

Strict adherence to drive time means some drivers have to pull off the road a relatively short distance from their final destination, Todd said. It can turn a two-day delivery into a three-day delivery. That leaves truck drivers trying to figure out how to deal with some of the details, such as where to park a truck overnight if an official truck stop is miles away.

“From the truck operators’ perspective, I think it’s fairly safe to say a lot of them have technical types of questions, like if you run out of hours what do you do? You could be well on your way and then you have a weather incident or road construction or a traffic delay because of an accident.” That kind of delay could mean the load arrives an hour later or a day later, he said.

A key benefit of ELDs is the devices also log those kinds of delays and enable the industry to demonstrate to bosses and customers why a load was delivered later than an office calculator predicted. Todd said some customers traditionally have been unimpressed with events that caused delays, even if they were beyond drivers’ control.

Todd said the trucking association is in favor of fine-tuning the rules, but not in a way that would cause operators to drive some miles for free.

“The one thing we don’t want is to put a lot of wiggle room back in so they can delay us and not pay us,” he said. “A lot of customers have been inconsiderate of drivers’ time and delays and they weren’t paying for them.

“Some of the customers are the most concerned (about ELD implementation) because we can show them what we can do and not do, so it has firmed up pricing somewhat,” Todd said. “It’s tightened shipping capacity a little bit.”

He said the electronic records enable operators to demonstrate real costs of moving freight, while demonstrating that rules violations can lead to penalties in the thousands and tens of thousands of dollars — costs that would be passed along to the customers.

“Shippers and truckers have had to realign their demands and capabilities, and generally that’s one of the things that has been driving up freight costs,” Todd said. “The technology helps in that regard. It’s easier to keep up. It gives us a chance to demonstrate how efficient — or inefficient — we are.”

Todd pointed out that trucks move 70% of the nation’s freight.

“If there’s one industry you want to be profitable, it’s trucking,” he said.

Not much in this article that is correct. Rick Todd doesn't know much about the trucking industry if he thinks things are safer. Their is nothing to support that statement and more to support just the opposite. The ELD is a failure, almost equal to the health care disaster that the worst president in the history of the United States is responsible for. That being said, it did a great job of putting "Big Brother" in our cabs and taking away any freedom we had in our lives, which was the real goal not safety.

If you want to write an article on trucking you need to have an actual, real life "Truck Driver" present when you interview the people that "Think" they know what is going on. Yet have never been in a truck. Get both sides of the story.

Compliance violations have decreased while truck crashes have increased. If you want your readers to have a level understanding of the effects the mandate has brought you have to give the pros and cons of current affairs. The letter of the law does necessarily equate to safety, but it sounds good when your trying to sell the public on a concept.

The BIGGEST B.S. in this is Safety, since the ELD was introduced what I've noticed is the increase of speed in the trucks, due to lots of time waste to shippers and receivers where drivers lose a lot of time, they can't be controlled by DOT and the time remaining for driving become insufficient for the appointments, and the only to be close to those appointments is to increase speed, it's definitely very SAFE 😂

Eld is non democratic idea. It is a part of new and modern dictature ,just follow North Corea.

The only people who say it's all good. Are people who sit in an office. We get taking advantage of on the road every stop we make. We pay top dollar for things such as food from a truck stop. We get paid 0 dollars for sitting at customers waiting to load or unload. Now they even charge for parking at all truck stops. You people wonder why there's a shortage in drivers. Its because you keep taking and taking and taking. But no one gives in return. Whatever if the jobs so easy you pencil pushers can truck for America. Remember I didn't claim to know what's best for your job. I'm sure I can't do it. So dont act like you know what's best for mine.