Greenville-Spartanburg International Airport officials have known for some time that it would be a record-setting year for passenger traffic, but they didn’t expect to break the record with nearly six weeks left in 2019. 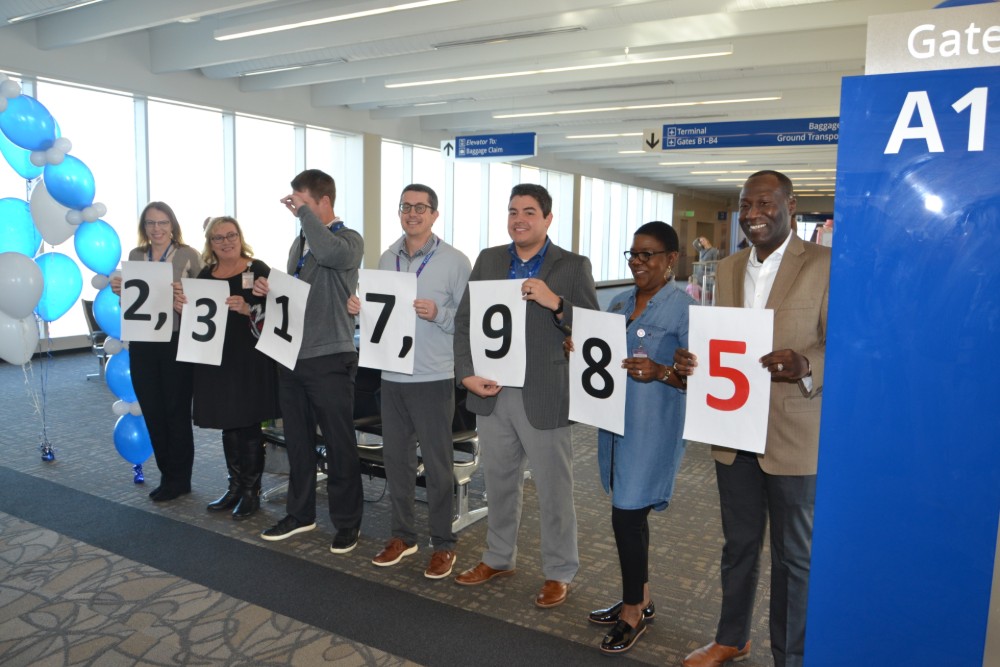 Passenger number 2,317,985 stepped off an American Airlines flight from Philadelphia on Thursday, getting to GSP a few minutes earlier than its expected 11:11 a.m. arrival time.

Rather than pinpoint which one broke the record, GSP President and CEO Dave Edwards handed each of the 37 passengers $100 airline gift cards and vouchers for free parking.

Since opening in October 1962, more than 50 million passengers have flown in and out of the airport, according to a news release.

“This is truly a momentous day at Greenville-Spartanburg International Airport,” Edwards said in the release. “GSP is proud to be the region’s hometown airport and we are thrilled to share this achievement with the many customers who have made GSP their airport of choice.”

In the last 18 months, airlines have added nonstop service to six cities and added more flights and larger jets. Southwest Airlines was the most recent airline to expand its service at GSP with the Nov. 3 launch of daily nonstop service to Baltimore/Washington International Airport.