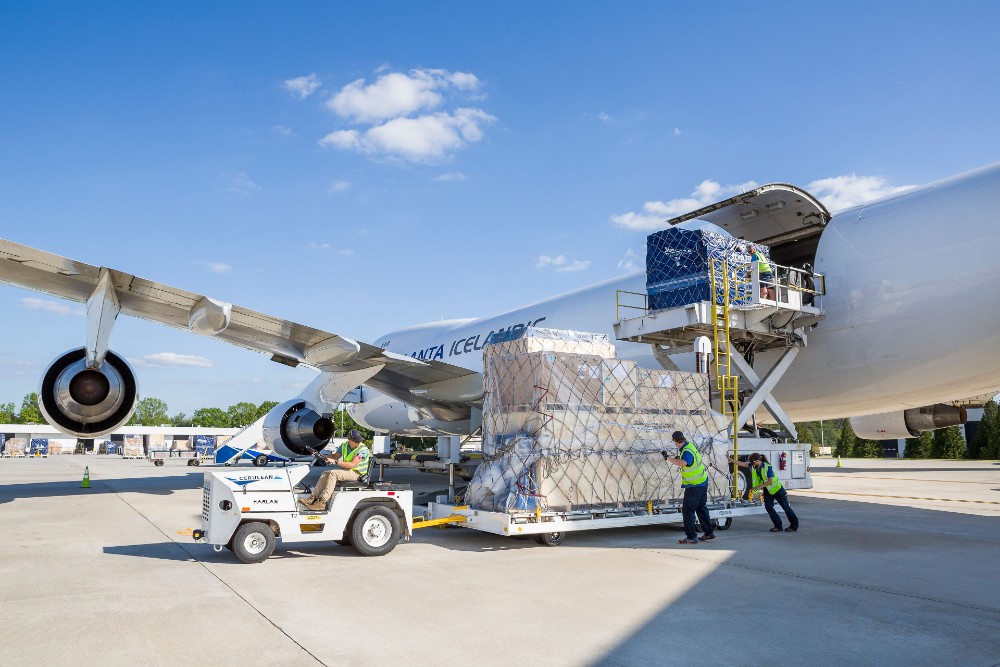 The Greenville-Spartanburg Airport District will put $8.6 million into infrastructure improvements, including expansion of the airport’s air cargo apron and other improvements to support its growing cargo business.

The U.S. Economic Development Administration is awarding a $5.2 million American Rescue Plan Act grant to support infrastructure improvements at Greenville-Spartanburg International Airport, according to a news release. The airport district will match the grant with $3.4 million in local funds.

Improvements will include extending a roadway and utilities to facilitate continued expansion of air cargo facilities at GSP, the news release said.

GSP has worked aggressively over the last few years to expand cargo capacity, including a $33 million air cargo facility dedicated late in 2019 that increased, from one to three, the number of jumbo cargo planes that can load and unload at once. That project included at 17-acre apron. A year later, in September 2020, GSP reported cargo volume was up 87% over the previous September.

In 2021, the airport experienced a record-breaking 96,800 tons of cargo, an increase of more than 48% from 2020, according to the release. Included in that total is more than 47,600 tons of international freight valued at $5.46 billion, an increase in value of 25.1% over 2020. In 2021, GSP was ranked No. 21 in the nation in terms of international freight tonnage handled, the news release said, citing USTradeNumbers.com.

The airport routinely handles shipments to and from Europe for freight forwarder Senator International on behalf of various companies in the region. In 2021, the airport also handled numerous ad hoc flights operated by major global airlines including British Airways, Air Canada, TUI Airways, Condor and others, the release said. Through these operations, GSP and the district’s wholly owned Cerulean Commercial Aviation division gained recognition among shippers for the ability to handle unique and expedited freight shipments, said Dave Edwards, president and CEO of the airport district.

“We are pleased to accept this grant from the U.S. Economic Development Administration, Edwards said. “The grant will allow the District to continue to invest in infrastructure that will allow air cargo operations to grow in the Upstate South Carolina region. With these improvements, we will be well positioned to be a major player in the international supply chain.”

The district recently broke ground on a 50,000 square foot expansion to the existing air cargo facility, expected to be complete late this summer.

The S.C. Appalachian Council of Governments helped district with secure the grant, the release said.