Robots and intelligent tech from AI company Symbiotic will sort, store, retrieve and pack grocery perishables, such as produce, eggs, dairy products, flowers and frozen goods, at twice the capacity of traditional grocery distribution centers, according to the company.

“Walmart’s high-tech grocery distribution center will include game-changing innovations that are radically disrupting the supply chain, getting products onto shelves for our customers even faster, while saving time for our associates,” David Guggina, senior vice president of automation and innovation at Walmart, said in a news release. “We’re proud to be opening Walmart’s largest automated grocery distribution center in Spartanburg County and look forward to bringing new STEM job opportunities to the region.” 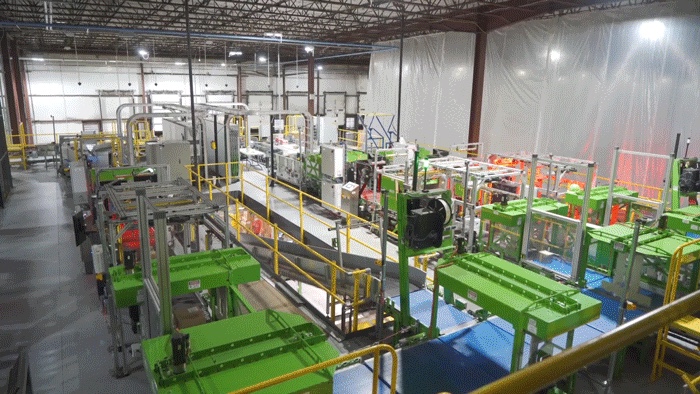 Despite the facility’s hefty reliance on automation, 400 new supply chain jobs will be created through the company’s $450 million investment. The Coordinating Council for Economic Development approved job development credits for the project.

“Walmart’s decision to grow its South Carolina presence and build a new distribution center in Spartanburg County is a tremendous reason to celebrate,” Commerce Secretary Harry M. Lightsey III said in the release. “This announcement speaks volumes to our state’s logistics advantages, infrastructure and business-friendly environment.”

The high-tech distribution center, scheduled to open in 2024, is part of a larger investment the retailer announced in July to double down on the use of automation technology in its supply chain within 25 regional distribution centers.

The move followed the company’s 14.5% second quarter growth in sales over 2020’s second quarter and prompted plans to hire 20,000 associates in distribution and fulfillment centers across the country. E-commerce sales grew by 103% on a two-year stack, the release said.

“Along with strengthening Spartanburg’s robust logistics sector, this significant investment by Walmart continues a pattern of Spartanburg being increasingly connected to the larger, nationwide economy,” Spartanburg County Councilmember David Britt said in the release. “We’re excited to welcome yet another project with global connections to our county.”