Editor's Note: This story originally appeared in the May 28 issue of GSA Business Report.

Something new is on the horizon for Greenville. It involves food, drinks and … repurposed shipping containers?

Gather GVL is the brainchild of Doug Cross and his son Mack and is being developed by their company, Four Oaks Property Group. The venue will occupy half an acre at 126 Augusta St. and will feature food and beverage establishments, some setting up shop in repurposed shipping containers. 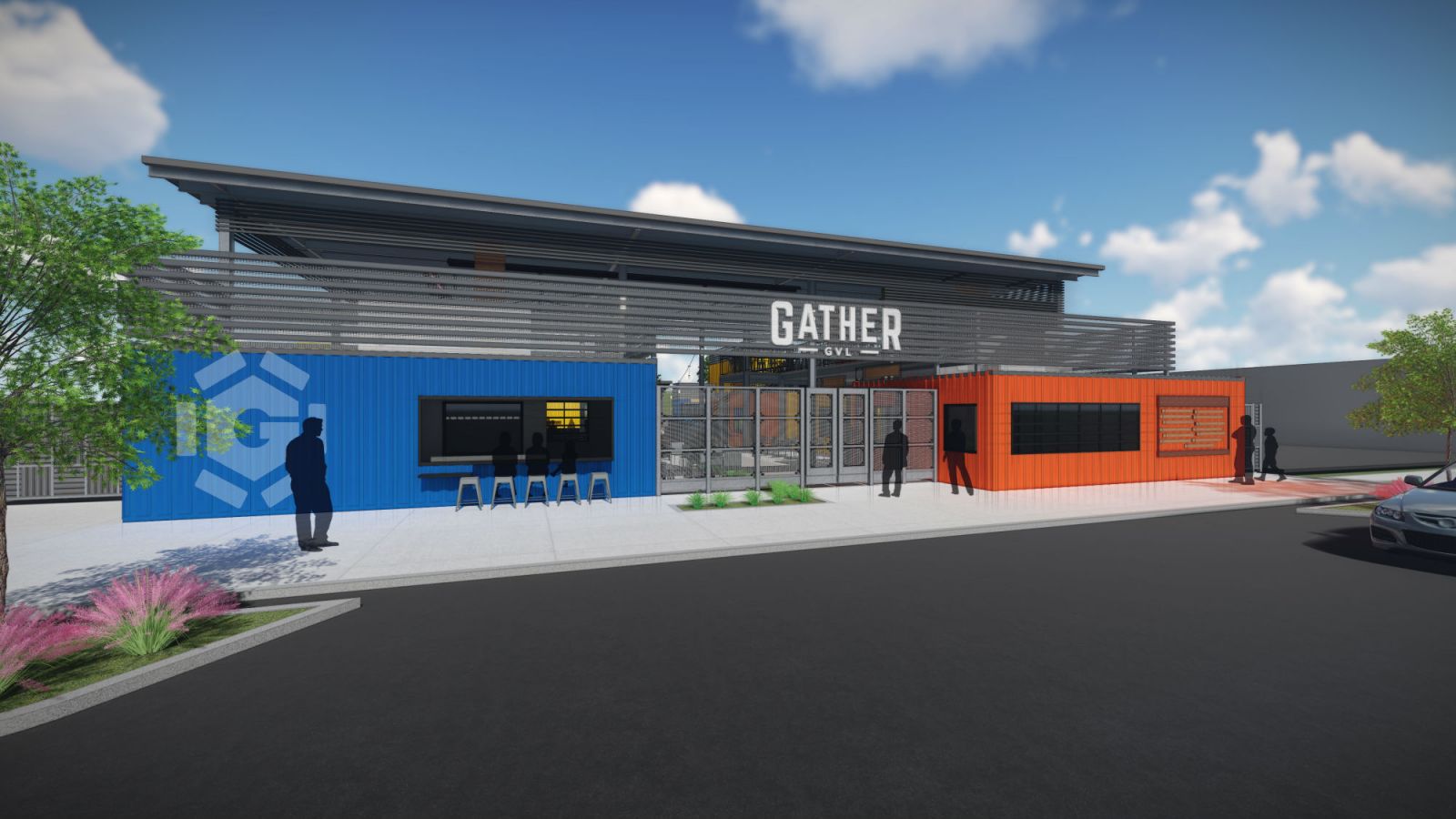 The venue in California to which Cross referred is SteelCraft, an outdoor eatery and communal dining space made with repurposed shipping containers.

“New concepts tend to originate on the West Coast,” Cross said. “There’s really nothing like this in South Carolina or the East Coast.”

Cross has leases on eight of the sites, and letters of intent on the others. The eight confirmed tenants are Hendough Chicken and Donuts, based in Hendersonville, N.C.; Greenville Beer Exchange; Rocky Moo, based in Spartanburg; Mercado Cantina; al Taglio Roman Style Pizza; KO Burger and Fries; West End Coffee and Saki Saki.

As of May 16, Gather GVL was still in the permitting process with the city. Cross said he hopes to begin site prep in July and be finished and ready to open late fall.

“This is a town of either fast food restaurants or high-end restaurants, leaving a gaping hole for those with 10 or 20 bucks to spend. Up until now, you’ve had plenty of choices if you’re mood called for infrared-heated burgers served with packets of ketchup and mayo, or 50 buck steaks served with baked potatoes for another 6 bucks,” the blog post reads. And, according to the website, Mack wanted to create a space in which his wife Ashley and young sons, Haywood and Landon, could frolic and thrive. Gather GVL will be environmentally-friendly, family-friendly and pet-friendly, the blog pledges.