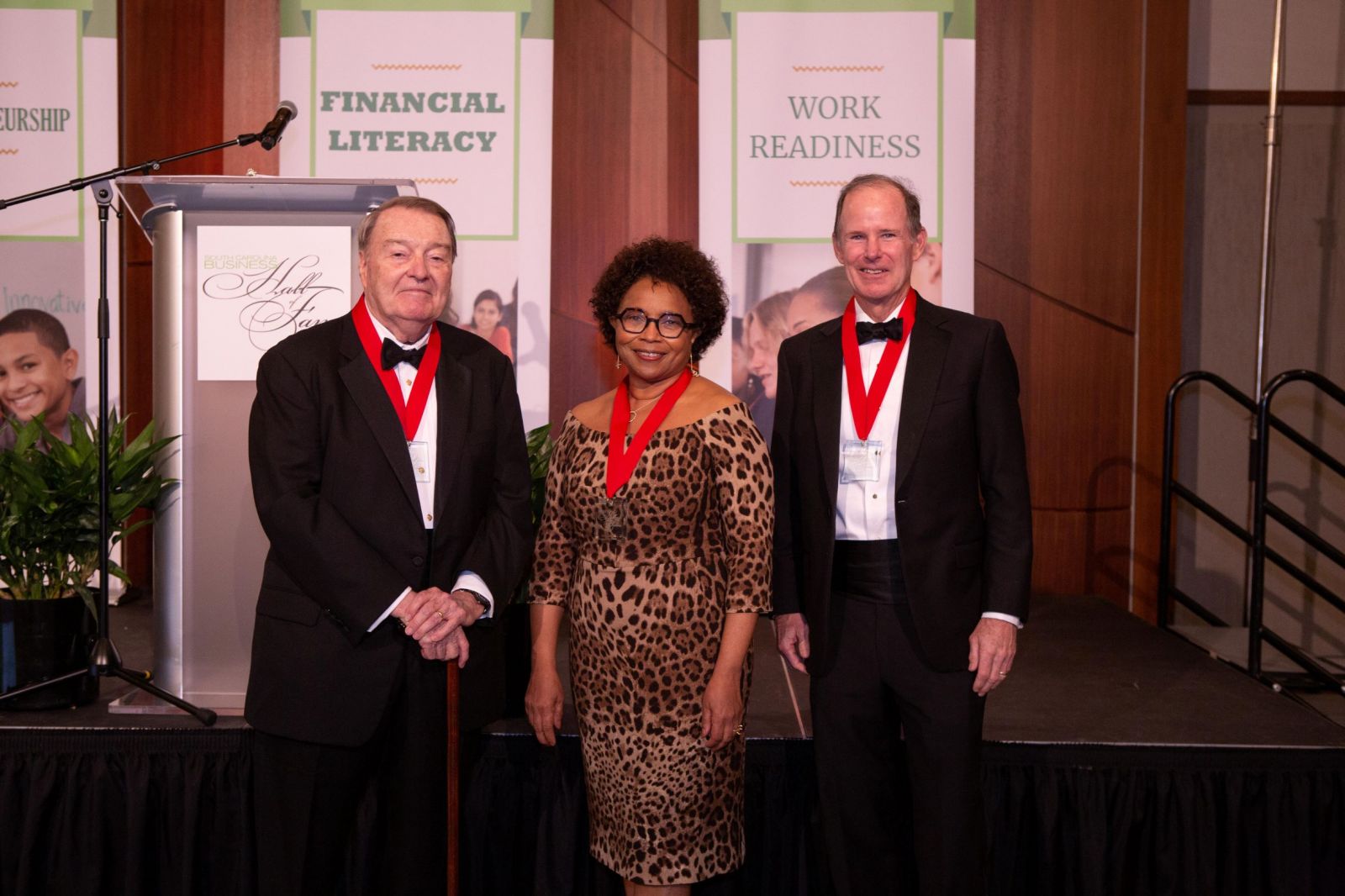 Three business leaders from the Lowcountry and Upstate were inducted into Junior Achievement of Greater South Carolina’s S.C. Business Hall of Fame in recognition for their integrity, leadership, respect and history of civic achievement.

“As visionary business leaders with a strong commitment to the community, these S.C. Business Hall of Fame laureates serve as role models to current and future generations, inspiring them not just to excel but to give back,” Casey Pash, president and CEO of Junior Achievement of Greater S.C., said in the announcement.

The award was established in 1985, according to the announcement.

“These laureates are not only among the best and brightest in their respective fields and stalwarts in paying it forward, but they are also patient,” she said in the announcement. “While they were initially to be honored in March of 2020, due to COVID, they could not be officially inducted until this year. We thank them for their graciousness, honor their legacy of good and promise to continue to build on their success by continuing our work to inspire and motivate students and our dedication to recognizing the best in business in our state.”

President and CEO of Greenville-based Metromont Corp., Pennell evolved the company from a small road and bridge repair firm to one of the largest precast, prestressed concrete manufactures in the country, according to the release. The company has grown to more than 1,500 employees in plants across the Southeast under his leadership after he joined Metromont Corp. – founded by his grandfather, Capt. J. Roy Pennell – in 1983.

Pennell graduated from the University of Georgia with a bachelor’s degree accounting and has aided a number of nonprofits across the Upstate as the director and chairman of the YMCA board and a board member of the S.C. Children’s Theatre, Peace Center for the Performing Arts, Greenville Symphony, American Red Cross and Artisphere.

He is also a founding member of Altus Group, a partnership of precast concrete manufacturers and industry suppliers, where he previously served as president and board member.

While at Viacom, Smalls developed diversity and inclusion initiatives and advisory councils that prompted employee engagement, while fostering a collaborative culture, according to the announcement. Before joining Viacom in 1993, Smalls served as chief of staff for Rep. Robin Tallon (D-S.C.) and as director of the state’s inaugural Private Industries Council under Gov. Richard Riley’s administration. Small also helped found the Black Economic Alliance and serves on numerous boards including the American Theatre Wing, the International African American Museum, the James Beard Foundation and Synovus Bank, South Carolina.

The Marva Small Endowment has donated more than $1.5 million to youth and family programs and $1 million to the Ronald McNair Center over the years to support aerospace students from underrepresented populations, according to the announcement. Small has graduate and undergraduate degrees from the University of South Carolina.

Brumley began his career with the Sea Pines Co. in Hilton Head in 1970 and worked to capitalize on the state’s natural beauty while attracting industry and investment as a development partner of the company, according to the announcement. He would later take this vision to his position as CEO of the Kiawah Island Co. and the Daniel Island Co., where he currently serves. Brumley has also developed a wide range of commercial projects including apartment communities, shopping centers, office building and industrial parks such as the Palmetto Commerce Park, the home of the Mercedes-Benz Vans plant, Boeing Interiors upfit facility and Roper Hospital Office Center.