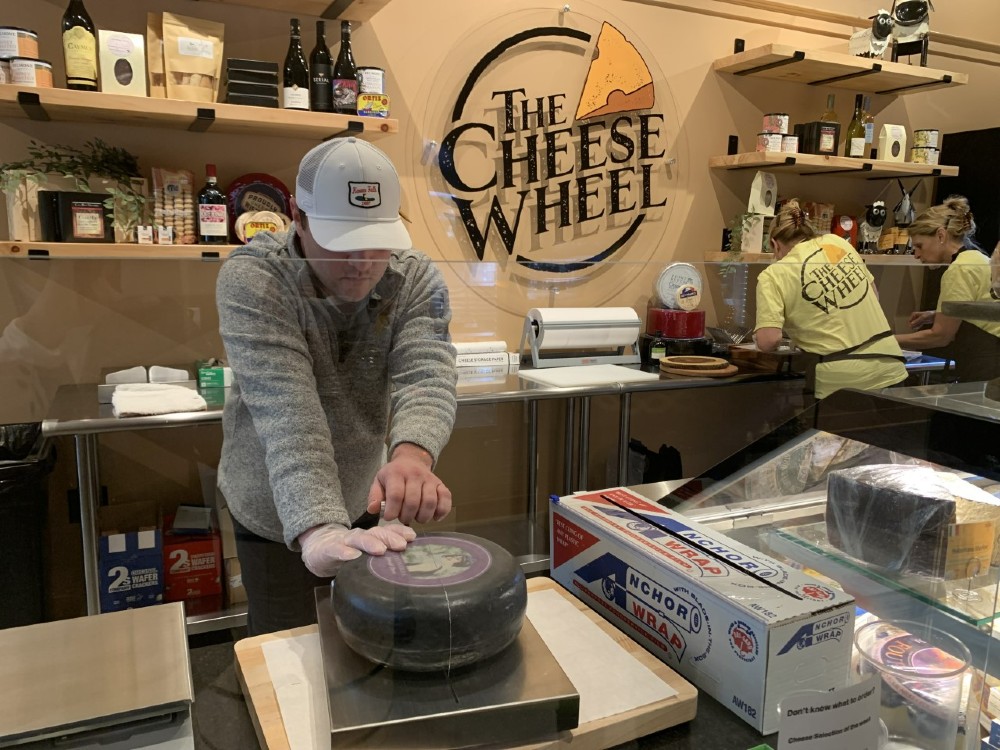 It all started with a really good grilled cheese sandwich.

A product of the North, Michael Davitt, co-owner of The Cheese Wheel, said cheese shops are a dime a dozen where he comes from. When he visited Greenville a few years ago, he realized this was an up-and-coming city, but there weren’t any specialized cheese shops, something he was raised on and wanted to see in the Greenville community, bringing a classic fromagerie-style shop to the city. Davitt’s mother, Denise, is the co-owner of the shop.

“We wanted to be the first ones here to fill that void,” Davitt said.

He said when he was younger, he had always wanted to be a small business owner, but it being such a broad career space, he wasn’t sure what type of business he wanted.

Straying away from that dream, Davitt started a career in finance, which wasn’t exactly fulfilling to him. 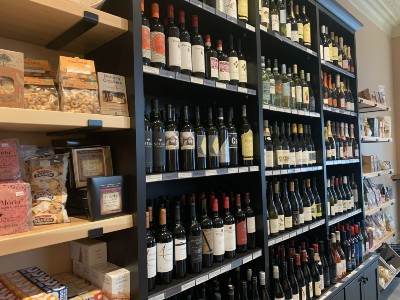 Growing up in the North, he grew an affinity for Murray’s Cheese grilled cheese sandwiches, a New York City staple, and wanted to try all the different cheeses in the sandwich. Over time, he started eating different cheeses outside of the bread or with crackers.

“It was just one of those things you stumbled into without even knowing it,” he said. “So, why not fill that void in a beautiful city while fulfilling a lifelong dream of wanting to be a small business owner. I quit my finance job to pursue something I knew I would really love.”

So why not just buy cheese at your local grocery store?

When you get pre-wrapped, pre-sliced cheeses, said Davitt, you don’t know how long it’s been sitting out, and the reality with cheese is that the moment you slice it off the wheel, you are allowing oxidation to begin, which in turn distorts the texture, the character, and the original flavor of the cheese itself.

“We also want to foster an educational environment here for people who don’t know much about cheese,” he added. “The taste of the cheeses cut fresh from the wheel is unmatched.”

Davitt said sampling of any of the cheeses is also another difference that makes a business like his stand out, because you simply are flying blind most of the time at the grocery store, not knowing what you’re cutting into or if you’ll even like it.

Construction started earlier this year, and with more than 200 domestic and imported cheeses, The Cheese Wheel held its grand opening Nov. 11 at 1441 Augusta St. and can’t wait to serve the Greenville community with high quality, fresh-cut cheese and customer service.

Daniel Builders and Zion Architects were the general contractor and designer for the cheese shop, which turned out better than the owners imagine, said Davitt.

After the shop gets through the holidays, they plan to remove part of the parking lot in front of the shop to add green space and bistro tables while adding on wine and cheese pairing flights to their menu for an ultimate experience.

Davitt said it’s his long-term goal to create a one-of-a-kind cheese shop scene in the Southeast, eventually opening more shops in Greenville, other cities in the Upstate like Spartanburg, even Charlotte and Charleston, down to the Florida Panhandle.

“Greenville is a vibe,” he said. “It’s an intimate, tight-knit community and fits the vibe we want when people come into our shop. There are a lot of cheese lovers here and everywhere.”

Elvia Pacheco, Greenville Chamber of Commerce programs manager for business growth, said they believe the opening of this cheese shop can provide other business owners and residents a place where they can come and get great gifts for the holidays to support local business, which in turn, positively impacts the city’s economy.

“I think it will be well received, and Augusta Street is a great location for a shop like this,” said Pacheco. “And with the products they sell, cheese and wine, you can’t go wrong with that.”